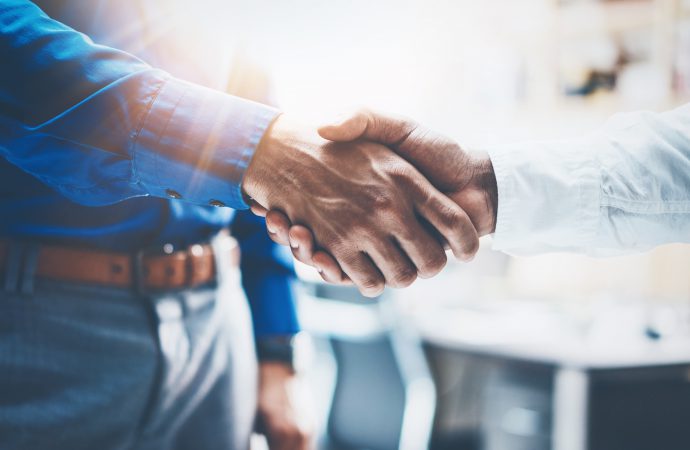 Sport’s major sponsors are increasingly using the UN SDGs as their business roadmap. To deepen commercial relationships, clubs and events must begin to speak this language and help them achieve their objectives, says Aileen McManamon

Every successful partnership relies on two fundamental elements to survive: aligned objectives and communications. The former prompts the partnership in the first place – each party believes combined forces will allow them to meet their needs faster or better than they can alone. The latter manages the effort.

Sports partnerships are no different. And while partnerships depend on many elements to go well, without these two, they won’t last long.

Over the past three years, the top brands leveraging sports properties have begun speaking a new language amongst themselves, with investors and with employees. They are beginning to use it with consumers as well.

It’s time for corporate partnership executives and clubs’ commercial directors to study up to stay in the conversation. Like many languages, learning the basic words and phrases of this new one comes relatively easily. As unusual as it looks, it’s built on just 17 simple concepts.

Developed by the United Nations in 2015 to secure an equitable and healthy future for everyone by 2030, the Sustainable Development Goals (SDGs or often called the Global Goals), are essentially a collaborative, action-oriented roadmap for peace, prosperity and environmental preservation. The concept is to foster collaboration among the public and private sectors, academic institutions, NGOs and everyday people by helping us readily identify those whose causes and concerns we share as well as to guide our work and progress with specific targets.

If you’ve travelled internationally, you’ve likely experienced that moment of landing in a place where you don’t know a word of the language. But within the first hour, you have your first words thanks to global norms. That red rectangle above the door probably says ‘EXIT’ – even if it’s written with letters you’ve never seen before, you quickly grasp the idea. The iconography of the SDGs was created to similarly expedite recognition and understanding of the world’s most fundamental needs.

For sports executives, this shiny new language is an easy way to identify a sponsors’ objectives creating a brilliant shorthand guide for corporate partnerships executives to hone their pitches and identify new prospects.

A review of the websites of the top 25 spending brands across sports reveals it is consistently and broadly used by all of them, and hundreds more beyond those top advertisers and in every major sports market.

So who’s speaking it and what are they saying?

We scanned the following brands’ sustainability reports and web sites for insight into the UN Global Goals they most closely identify with and report activities and progress toward. This is what we found:

The granddaddy of sports partners announced a very ambitious (environmental) sustainability strategy in April 2018 and has released several high-profile ads highlighting its commitment to 100% renewable energy by 2025. The Budweiser producer’s efforts run under the heading ‘Purpose Beyond Brewing’, and with an understandable focus on water and energy, as well as feedstocks given the resource intensity of the product, they are vested in people as well. This is an experienced, performance-based and savvy partner to have – bringing ideas that align with their broader values as they will increasingly expect triple bottom line (people, planet, profit) results from their partner properties.

Brewing a Better World is the theme the Dutch brewer has been using to characterise and report on its triple bottom line efforts since 2012. It has proactively identified the issues where it has the potential to mitigate negative and/or create positive impact, with some special attention paid to its business in Africa. If Heineken is an important current or potential partner for your club, you might want to study up.

In January 2018, the soft drink icon announced its ‘World Without Waste’ campaign to take back one bottle or can for every one that it sends out into the world. The drinks company has also piloted a novel BYOB(ottle) program on several university campuses (US and UK) and expects to expand it further in the coming months. Here’s your in-depth look at Coca-Cola – and specifically its Global Goal commitments (p.41-42). This infographic shows how it views the interconnections of the SDGs and a capsule view of its work on ‘Clean Water and Sanitation’.

PepsiCo’s original umbrella theme – Performance with Purpose – has evolved to Winning with Purpose under the leadership of new chief executive Ramon Laguerta. While it may take a while to see how Laguerta’s vision meshes with the Global Goals, the company’s new Drinkfinity product and Aquafina Water Stations aspire to reduce waste and carbon emissions associated with truck deliveries of pre-bottled products, while preserving consumer choice and innovating in the industry.

If you’ve missed Adidas’ partnership with Parley for the Oceans, you’ve possibly been sleeping under a rock. In addition to the well-publicised development of its shoe line created from salvaged ocean plastic (followed by MLS jerseys for Earth Day), the sportswear giant has also vowed to use no virgin plastics for its products by 2024 and challenged the fashion industry to make the same pledge. And its latest shoe is made of a single material (increasing its recyclability) meaning it can be run into the ground and reincarnated – maybe for an Olympian?

As with the other top brands, Nike also operates under a unifying phrase for its sustainability, ‘Purpose Moves Us’ and to the consumer’s eye, we have seen the company focus its outward messaging more on social responsibility elements of sustainability than the environmental. But a closer look reveals Nike is also vested in the Sustainable Apparel Coalition. Best bets for upping your game with Nike as a partner? Assets and activations that focus on community/grass roots ‘play’ and movement. And while not noted above, the push on gender equality (Goal 5) as well as diversity and inclusion (Goal 10) has been strong and will continue to be a calling card. It’s critical to watch your target’s ‘body language’ as well as their spoken one.

Ford isn’t just one of the original car manufacturers, it’s also among the original sustainability reporting companies, having just issued its 20th annual sustainability report. Ford’s commitment evenly across social, environmental and economic issues offers quite a few possibilities in developing a partnership message with this stalwart of sports marketing. Think outside the box and consider discussing total urban mobility as a creative strategy. Ford has stood the test of time by reinventing itself and is doing so again, by thinking beyond the single passenger vehicle and establishing the company as a total mobility provider.

Perhaps as a counter to its brash American rivals – and perhaps more exemplary of Japanese modesty – Toyota says a fair bit less about its commitments. But actions do speak louder than words, and while it wasn’t the first, the Prius was certainly the EV that had Main Street sit up and pay attention. As with Nike, we see emergence of focus on social issues not specifically called out in the company’s stated SDG priorities. The sense is that it is easier to measure and report on Toyota’s progress on the responsible resource management (and report it does, with sustainability reports issued for each of its 13 countries/regions). But strong opportunities may abound for sports properties helping Toyota deliver on people-centric objectives, especially as these are at the forefront of Tokyo 2020’s legacy goals and critical to Japanese companies’ ability to attract workers in a dwindling labour force.

It’s easy to be skeptical of a financial services company’s genuine commitment to the greater good, and especially one whose business model thrives on consumption of goods and services. On the flip side, payment service providers enable small businesses’ viability and competitiveness and support lower income individuals establish credit to secure their livelihoods and living situations, with the right products. This is where Visa places most of its focus. The smart partner prospector – or executive looking to open new creative concepts with VISA – will hone in on assets and ideas that feature local businesses, especially ones that are revitalising the community or are woman-, minority- or otherwise diversity-owned.

It’s not a stretch to see that Microsoft centres its efforts on opening up human potential. Much of its focus is on STEAM education and it has already leveraged its sports partnerships to bring this forward. Education is a terrific avenue to explore with this partner, with clubs and teams bringing the excitement and Microsoft bringing the tools to make learning more equitable for some and more engaging for others. Another area of focus is creating inclusive opportunities through design. For the more advanced and ambitious partnership salesman, try suggesting the stadium/arena as a smart city innovation lab where larger ideas can be tested in a closed environment. For the digitally savvy, AR and VR fan engagement ideas open another pathway to courting this tech giant.

If you are in the hot seat for driving revenue in your organisation or responsible for delivering value to partners and maintaining a hard won alliance, it’s time for you to learn this new language too.

Pro tip – don’t try to master it all at once. The real goal is to wield the language artfully and effectively, which comes over time – not by simply memorising a load of phrases.

Use the most common words and phrases first and get them down pat. Look in the items above and see which ones appear most frequently. SDG13 – Climate Action. Let’s hold that thought for a moment. The second most frequent one? SDG6 – Water. How much of that are you using in your venue? And how much do fans use in their everyday lives?

What can you do with water you ask? Well, we know a few clubs who have turned water conservation, preservation and reuse into seven-figure partnership deals. Not bad a bad return for an everyday ‘commodity’.

But that’s a topic for another day.

Aileen McManamon is a sports industry futurist, a sustainable business champion and the founder of 5T Sports Group