It’s time to stop talking about ‘sustainability’ and ‘CSR’ 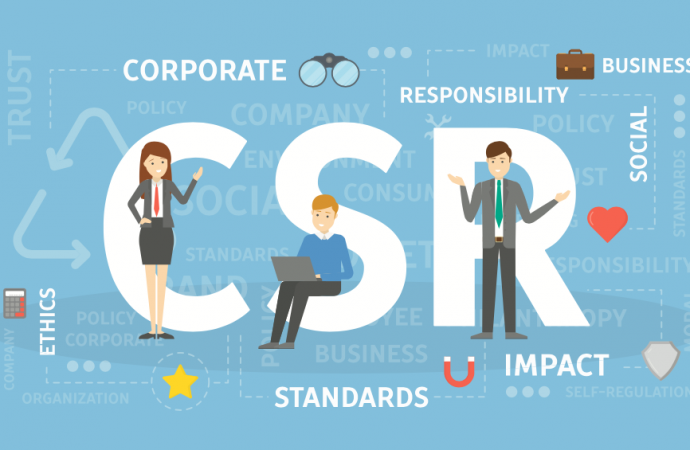 Using corporate terminology frames ethical business as an ‘add-on’ rather than an imperative in sport. Now is the time to change that, says Daniel Cade

To survive budget cuts and be at the forefront of rebuilding a post-pandemic sport industry, experts need to avoid referring to corporate terms, and place more emphasis on communicating the issues and outcomes.

Like many, I’ve been glued to the news over the past few weeks and have followed with fascination as the commentary has switched at lightning speed from mild amusement to concern and fear, and then from examination and reflection to deliberation and conjecture. And we still seem to be some way from it being over.

Within the sport industry I’ve observed a range of outlooks. From the pessimistic – that sustainability and CSR will be among the first budgets to be slashed as sport organisations draw inwards to preserve their most important assets and disregard perceived non-essentials – to the optimistic – that sustainability and CSR should be at the forefront of the new world order following what’s now being coined as the “Great Pause”.

The pessimistic outlook should be easily disregarded. It was a view shared by so many following the financial crisis in 2008, which never actually materialised. What actually happened since we all feared the worst is that this topic has entered the mainstream.

Thanks in no small part to the proliferation of social media usage, the success of the London 2012 sustainability agenda, the 2015 Paris Climate Conference, and the “refugee crisis”, to mention but a few, the public are now much more sensitised to global issues. To support this statement, a recent Ipsos MORI report revealed that 71% of people across 14 countries think climate change is as serious a crisis as COVID-19.

So why is this topic so crucial in our post-Coronavirus world? Because the pandemic has afforded us a moment of reflection to observe the ills in society (to which sport is inextricably tied) that it has also laid bare at our feet.

Many businesses have been exposed due to the way they are forced to work with small profit margins and little in the way of savings. The cancellation and postponement of events has left much of the sport industry on its knees, with many smaller clubs that are reliant upon weekly game receipts and summer-related fundraising activities in real danger of collapsing. Many large sport clubs with multi-million incomes have put non-playing staff on a leave of absence and negotiated salary deferrals or cuts with players, all because player wages force them to live each season from hand to mouth. International federations have been calling on the IOC to provide them with funding lifelines as they too seem overly reliant on short-term income. They exist with no room for error – let alone a pandemic.

Inequality has been a major defining issue, often as a cruel by-product of isolation or lack there-of: from the impossibility to do so for the millions of homeless on our streets to those forced to suffer from domestic abuse whilst in isolation, and from the many of those who have been fortunate enough to flee to second homes in less densely populated areas to those forced to continue to work in crowded areas or risk losing their income and healthcare coverage, and that of their dependents’.

We’ve also seen the huge positive environmental impact that cutting down on our non-renewable emissions has caused, including significantly cleaner air quality across major cities. And we’ve received a huge lesson in how a reduction in biodiversity caused by the destruction of natural habitats can lead to disastrous results.

As many world leaders have recently implied, the pandemic offers a unique opportunity to address the looming existential threat of climate disruption by ensuring that climate action is a major part of rebuilding our economy. And, according to the aforementioned Ipsos MORI report, they have the support of the people: a majority want climate prioritised in economic recovery.

This appears to be our grand opportunity to attempt to fix these ills, which so often boil down to an imbalance in emphasis of profit over people and planet. For this message to reach every nook and cranny of the sport industry – and for sport to emerge as a leader and not a follower in the rebuild – we have to stop packaging up the issues under the terms of sustainability, CSR, purpose, creating shared value, corporate citizenship, and so on.

This is of course an age-old discussion. Many within the industry have been trying to do this for some time. The iconic line goes something like this: “Businesses need to embed [sustainability/CSR/own organisation’s term, as applicable] as part of their DNA. It can’t be an add-on.” The problem is we haven’t been able to communicate that sentence without referring to it and in doing so we’re actually devaluing its worth.

The next line is usually a definition of what we mean by it. Normally there’s a reference to the Brundtland Commission’s definition on sustainable development, or Porter’s angle on Creating Shared Value, or the latest no-BS definition of ‘purpose’, and so on. And after that comes the examination of social, environmental, economic and governance issues.

But in following this sequence, we’re actually undermining the line about embeddedness. The time has come to assume it is part of the DNA and to dive straight in, looking at the whole organisation and its sub-units, identifying its key stakeholders, material issues, and focussing on how to make a shift towards positively contributing to the whole ecosystem within which it operates.

Of course, there’ll be challenges along the way. For example, who are we? Not in the existential sense, but how do those of us that work in this field fill in the job title field? Well, I might switch from sustainability consultant to business consultant. And when we communicate what we do, it would need to be along more focused lines, underlining the services we provide and the outcomes we can deliver. And how do we refer to the practice of sustainability reporting? I would steer towards using the existing term of non-financial reporting which, to me, puts it on a much more level-footing, in terms of importance, to financial reporting.

I strongly believe that this shift is one of the crucial – imperative even – components involved in helping to rebuild the sport industry in the wake of this pandemic. If well-informed ethical consideration in all areas of decision-making is what we aspire to, then we have to be more assertive in how we position this work and the wide-ranging benefits that it has.

If we want to avoid a drastic slump in progress at such a critical time, with existing projects put on hold, future initiatives cancelled and new budgets cut then we have to flip the old sequence of explanation on its head and, instead, start our conversations by demonstrating the value that this way of doing business has, on the organisation, the industry as a whole, and on our post-pandemic society.

Daniel Cade is director at SchweryCade, a social entrepreneurship based in Switzerland