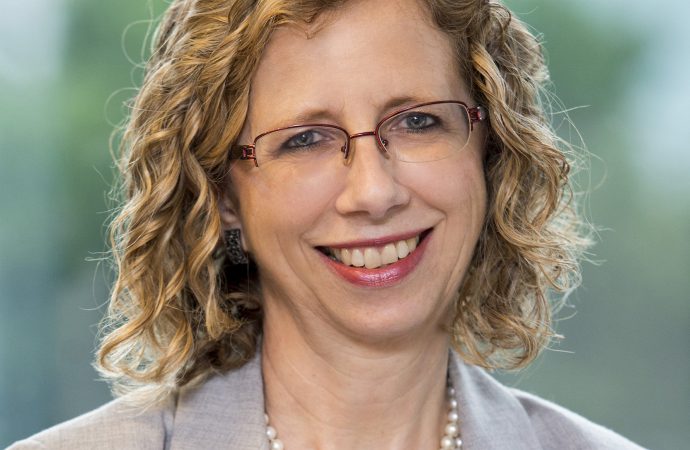 The IUCN director general will join the UN organisation later this year. Where will sport fit into her plans?

When the International Union for the Conservation of Nature (IUCN) published its sport and biodiversity checklist last year, the message was clear: sports organisations failing to protect the natural environment when planning events or infrastructure could find themselves in trouble, with financial or regulatory penalties increasingly likely.

To help sport mitigate these risks, the IUCN’s checklist outlined six important steps to adhere to when organising an event or constructing a venue that could have a detrimental effect on the environment.

At the helm of the IUCN when the publication was revealed was director general Inger Andersen, who is seeing out her last few months at the body before joining UN Environment later this year as its new executive director – replacing Erik Solheim, who resigned in late 2018 after being criticised for his travel expenditure.

But where will sport figure in her – and UN Environment’s – plans?

Who is Inger Andersen?

A Danish economist and environmentalist, Andersen spent 15 years at the World Bank (as vice president of the Middle East and North Africa and vice president for sustainable development) before being appointed to the top position at IUCN.

During her four-year tenure, Andersen was instrumental in cultivating a partnership between IUCN and the International Olympic Committee (IOC), from which the Sport and Biodiversity Checklist was born. Originally structured as a one-year partnership in 2016, the two organisations agreed a longer relationship between 2017-2020 focusing on two areas of priority: providing support to the Olympic Games candidature process and the IOC’s sustainability strategy, and developing best practices for the sports industry.

“The sports industry needs nature,” Andersen said when the checklist was published. “Whether it is skiing, canoeing, hiking or cycling, sports activities depend on a healthy environment.

“At the same time, sports facilities such as football stadiums and ski resorts – and the sheer number of spectators at mega sports events – have a significant impact on the environment. The sport industry has a responsibility – as well as an interest – in ensuring that its operations are sustainable.”

Two more reports being developed by IUCN and the IOC are to be published in 2019. Indeed, later this month Andersen is expected to help launch the second report in the series, Mitigating Biodiversity Impacts of New Sports Venues, during UN Environment’s Assembly in Nairobi.

Andersen, who is due to officially join UN Environment in the coming months, is part of the IOC’s Sustainability and Legacy Commissions, which reviews the organisation’s sustainability strategy and provides strategic advice.

She also addressed the International Federation Forum in November 2017, demonstrating the connection between sport and biodiversity and the role the sporting community has in protecting the natural environment.

Andersen’s first job will be to restore confidence in UN Environment following the public criticism of her predecessor. More importantly, she is joining the organisation at a time when our natural environment is facing significant threats and challenges.

Seven million people are dying every year as a result of air pollution (4.2 million alone from ambient – or outdoor – air pollution). Up to 12 millions tonnes of plastic is entering our oceans every year, threatening and killing marine life, and posing a risk to human health as a result of our consumption of fish. And the Earth is losing 18.7 million acres of forest annually because of deforestation.

How does sport fit into all this? Well, sport is one of a number of mediums being used by UN Environment to raise awareness of the above concerns.

It’s partnering with the IAAF in an ambitious drive to investigate the effect air pollution has on athlete performance (and public health in general) as part of an air quality monitoring project. The UN entity has also convinced a number of sports organisations – including the IOC – to commit to its Clean Seas campaign, designed to increase global awareness around the damage caused by marine pollution.

In doing so, UN Environment was able to secure a number of commitments from sports bodies like World Sailing, International Triathlon Union, International Ice Hockey Federation and World Rugby around reductions in plastic use.

It’s clear that both the organisation and the incoming executive director see sport as an important way to drive awareness around conservation. Whether that will translate into increasing opportunities for sports organisations to partner with UN Environment is unclear at this stage.

But it’s two overarching ambitions – to help sporting events become more environmentally sustainable, and to use sport as a way to engage with public with environmental issues – will likely endure, particularly with Andersen at the helm.

In her own words: “Strengthening the alliance between sport and nature can provide a powerful contribution to halting biodiversity loss, ensuring a health environment that benefits all of society.”

How can Andersen and UN Environment utilise sport more effectively to increase general awareness around biodiversity loss, air pollution and ocean plastics? Let us know in the comments below.