To what extent does air quality impact athlete performance? 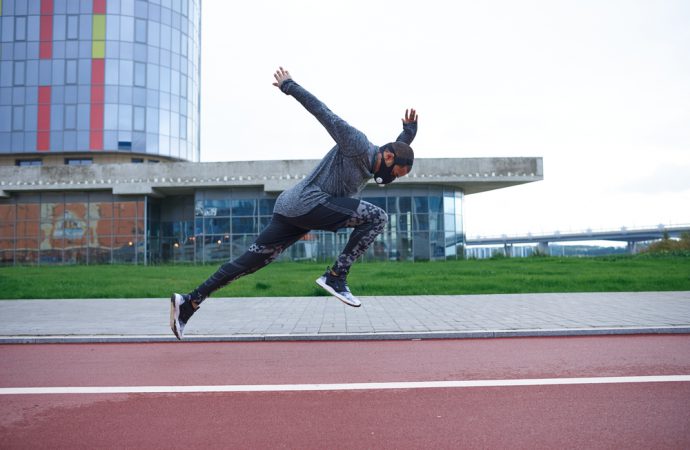 Air pollution is responsible for the deaths of 7 million people per year – quickly becoming a modern health crisis. Now the IAAF is attempting to capture some serious data to see if and how it impacts athlete performance

Sometimes, a shot at glory is just not worth the risk. It’s a conclusion that Haile Gebrselassie came to ahead of the Beijing Olympic marathon in 2008. Presented with the opportunity to defend his World Record time and cement his place in sporting history, he declined. The Beijing air, he revealed, was just too contaminated for him to run 26 miles.

Gebrselassie has asthma, a chronic lung disease that affects his breathing. The condition makes his consistent success and legendary status as a long-distance runner all the more mind-boggling. As a specialist marathon runner (first on track, then in cities), competing in urban areas with poor air quality was always an occupational hazard for the Ethiopian. But Beijing, which has “very unhealthy” air according to the Air Quality Index, was judged to be too dangerous.

Alongside fellow long-distance icon Paula Radcliffe (who is also asthmatic), Gebrselassie is an IAAF ambassador and UN Environment Advocate for Clean Air. The organisations partnered up in May this year to start work on an ambitious major cities network of air quality monitors that would measure air pollution at 1,000 IAAF tracks around the world within five years.

The second monitor was installed earlier this month in Ethiopia’s Addis Ababa Stadium under the watchful eye of Gebrselassie. The first was integrated in Monaco’s Stade Louis II stadium to kick off an initial pilot phase, with further devices set to be added to tracks in Japan, Buenos Aires, Mexico City and Sydney before the end of the year.

“This is something that is a no-brainer for our sport,” says Jackie Brock Doyle, the IAAF’s executive director for communications. “Many sports have gotten behind the Clean Seas campaign – and we absolutely support that – but we felt no one was doing enough about raising awareness and collecting data on air quality.

“There’s no sport better than ours because almost all of our competitions, other than our Indoor Championships, are all outdoors, so air quality is crucially important.”

The quality of air on the health of the population is a growing concern – to the extent that Dr. Tedros Adhanom Ghebreyesus, the director general of the World Health Organization (WHO), branded air pollution “the new tobacco”.

According to WHO figures, a staggering 91% of the world’s population live in areas with above average levels of air pollution, with children being impacted the most. Contaminated air is killing 7 million people annually, and harming billions more.

It’s the view of the IAAF that athletes are also disproportionately affected by poor air quality due to the nature of their profession – training and competing outside for large proportions of their days, often in developed cities where air pollution is more common.

Indeed, one of the rationales behind the project was that “every single athlete” consulted in the feasibility stage described air pollution as a significant problem and complained that there was not enough data to understand its effects on athletes.

The devastating impact of air pollution on the health of human beings is quickly coming to light because of interventions like those of the WHO. But the IAAF’s long-term ambition is to measure not only the impact air quality has on the general health of athletes, but on their athletic performance.

Research on the topic is not extensive, but a handful of studies have pointed towards a dip in athlete performance as a consequence of air pollution. Studying almost 3,000 matches from the German Bundesliga over a 12 year period, Andreas Lichter, Eric Sommer (both University of Cologne) and Nico Pestel (IZA) found that high concentration of particulate matter in the air reduced the productivity of football players.

The study discovered that as air pollution increased, players would adopt more of a long-passing game rather than attempting controlled and accurate short passes. It also found that midfielders and defenders, who generally see more of the ball, were particularly affected by air pollution, as were players over 30-years-old.

Another piece of research looking at six major marathons (Paris, London, Berlin, Boston, Chicago and New York) found that air temperature and humidity had more of an impact on runners’ performance than ambient air pollution. However nitrogen oxide (NO²) had a “significant correlation” with runner performance.

NO² is among the four key pollutants that the air quality monitors can capture, as well as PM10, PM2.5 (particulate matter smaller than 10 micrometers and 2.5 micrometers respectively) and ground-level ozone (O³).

“This year’s pilot will be really interesting because what we want to be able to do is compare the different cities and stadiums and correlate that with WHO and UN Environment data,” explains Brock Doyle.

Following the pilot phase, the IAAF is hoping to roll out to 1,000 different stadiums over the next five years. The vast number of locations in diverse parts of the world (coupled with the long-term data capturing period) means the project has the ability to capture the most robust data of its type, becoming the benchmark when studying air quality’s impact on athletic performance.

It has the potential to change the training patterns and routines of athletes, who may train in areas of good air quality (or even poor air quality) to generate another marginal gain before competitions. Data captured may also inform event committees when choosing host cities so that athletes won’t have a similar dilemma to Gebrselassie – and this could filter its way into other sports.

A cricket match between India and Sri Lanka hosted in Delhi hit the headlines last year when Sri Lankan players fell ill as air pollution exceeded the WHO’s ‘safe limit’ by 12 times because of the notorious ‘Delhi smog’. And a study conducted by news agency Reuters before the Olympic Games in Rio found that the city’s air surpassed WHO limits for the most dangerous air pollutant “for years”.

“What people don’t really know – because it’s not being discussed – is top athletes just won’t go to some cities,” adds Brock Doyle.

And if the IAAF’s research reveals a significant drop in performance (and health) as a result of air pollution, it could change the face of athlete training, the way events are hosted, and the approach cities take when trying to tackle one of the biggest health epidemics of our time.