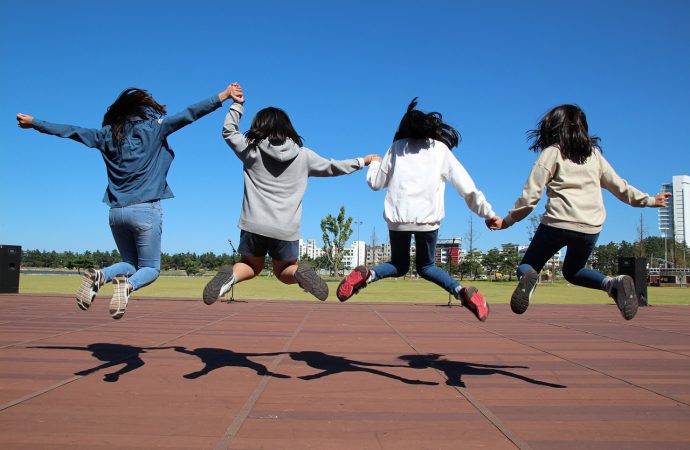 Comments, like Gian Franco Kasper’s about climate change ahead of the Alpine World Ski Championships, will not help sport engage with today’s issue-conscious youth

When Edelman unveiled its 2019 Trust Barometer in Davos last month, one thing was abundantly clear above all else: the decade-long erosion of the public’s trust in government, business and other traditional institutions is showing no signs of slowing down.

The fact that sport wasn’t evaluated as a standalone industry is probably a good thing for the sector. Doping scandals and top-level corruption that has dogged certain corners of the industry over the last few years has begun to alienate even the staunchest of sports fans.

Make no mistake – this is a critical issue for a number of sports that are fighting to recruit the next generation of athletes and fans and, frankly, keep their relevance and commercial proposition intact.

Rapid technological change means that sport has never had so much to compete with to gain the attention of a young audience. The key to appealing to this generation is meeting them where they are and winning their trust by valuing the things they care about.

It’s becoming increasingly apparent that Generation Z is more willing to engage with brands and organisations that are having a positive impact on society. And over the past few months, it’s become crystal clear that there’s one stand-out issue concerning this generation: climate change.

Inspired by the formidable Greta Thunberg, children and teenagers around the world have been participating in school strikes in a bid to open the eyes of policymakers and business leaders to the dangers of global warming.

Indeed, 91% of young people believe that humans are responsible for climate change – and a large proportion (48%) cite environmental damage and global warming as the most serious global issue facing the human race.

So when Gian Franco Kasper, the president of the International Ski Federation (FIS), referenced “so-called” climate change and claimed that working with dictators was preferable to “arguing with environmentalists” during a candid interview ahead of the Alpine World Ski Championships in Åre, those who care deeply about the future of the sport must have been alarmed.

Firstly, there is scientific consensus around man-made climate change and the grave impact it’s having on the planet. And skiing, as a sport and pastime, is facing existential threat because of it. According to recent studies, the Alps could lose up to 70% of its yearly snow cover by the year 2100. In Kasper’s home nation of Switzerland alone, temperatures are estimated to increase between 2℃ and 5℃ before 2085.

The flippant remarks (for which Kasper has since apologised) also risk alienating the next generation of skiers at a time when, broadly speaking, the average age of participants is increasing and the rate of participation is declining. If this generation of youngsters is willing to miss out on valuable hours of education to make their voice heard, they’ll be prepared to boycott anything that they perceive as incompatible with their values and concerns – including sport.

One of the saddest aspects of the whole scenario was that the comments were made ahead of an event that made a concerted effort to be sustainable and environmentally friendly. Event organisers in Åre produced a competition that was 80% fossil fuel free and that worked in accordance with the ISO 20121 sustainable event management system.

The FIS, as an organisation, has its own sustainability manifesto, a ‘Green Event Manuel’, and its own sustainability consultant, Jascha Schmid. At the 2017 FIS Nordic World Ski Championship in Finland, a number of competing athletes created a video to highlight the importance of tackling climate change for fans. It would be unfair and inaccurate to say that the sport is doing nothing about the issue.

But it’s also true to say that the public perception of an organisation is only as good as the perception of its leaders. Whether or not Kasper’s comments were taken out of context (as claimed), or the FIS and event organisers are doing good work behind the scenes, such an incident will be no good for the entity’s brand image.

And from a branding perspective, purpose is becoming critical. It’s a point of differentiation and the most effective way of developing a close connection with an audience – particularly those of a younger demographic. In the competitive world of professional and Olympic sport – where sponsorship and broadcasting money is so closely tied to levels of spectator interest – this will only become more important as time goes on.

Most sports organisations and clubs will have to place a greater emphasis on purpose if they want to genuinely connect with the next generation of fan. Three-quarters of Millennials will spend more money with a brand if it has a purpose, while 69% of 18-34 year-olds are ‘belief-driven buyers’ – purchasing from brands that align with their values and beliefs.

Companies in the sportswear industry are using purpose as a branding tool particularly well – not just around climate change, but societal issues in general. Nike, for example, knew that it would play well with the next generation of sneaker-buyers if Colin Kaepernick was to front a high-profile advertising campaign alongside the slogan ‘Believe in something, even if it means sacrificing everything.’

And acknowledging that climate change is of huge importance to this demographic, Nike has invested heavily in renewable energy, with 75% of its global energy now coming from renewables.

Rival Adidas has placed its focus on reducing ocean plastics (referenced as the top pollution concern of Millennials) and communicated this by producing sneakers and football shirts – for clubs like Manchester United, Real Madrid, Bayern Munich and Juventus – alongside Parley for the Oceans. In 2017, Adidas sold one million pairs of sneakers produced using ocean plastic. During 2019, 11 million pairs will be manufactured.

Indeed, a survey of 80,000 13-36 year-olds conducted last year placed both Nike (2) and Adidas (10) among the top 10 most trusted brands, with their environmental and societal credentials referenced as the key factors.

Skiing is one of many sports intrinsically linked to the environment. If sport is unable to demonstrate that it cares about issues such as climate change – and is proactively doing something about it – it risks losing the trust and engagement of its potential fans and athletes of the future.

Is sport doing enough to leverage purpose as a means of connecting with and increasing its audience? Who does this well? What could be done better? Let us know in the comments below.