Sir Russell Coutts: I want SailGP to be carbon neutral before 2025 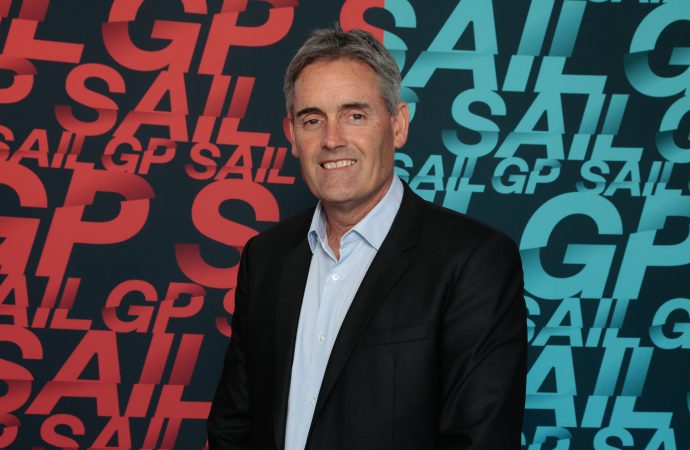 Being valued at $200 million after one year trading is a pretty good place to be for a fledgling company. But SailGP is no ordinary start-up. A few weeks ahead of the launch of its second season in Sydney, the global sailing series has secured a significant investment from giant sports content company Endeavor, which has contributed to its hefty early valuation.

It’s easy to see why SailGP is attracting that kind of attention. Season one, according to its own statistics, engaged a global audience of 1.8 billion. There were 313 million social media impressions around SailGP content and during its five races – in Sydney, San Francisco, New York, Cowes and Marseille – more than 130,000 spectators came to watch.

Even an experimental eSports event hosted in the French port city attracted 100,000 enthusiasts when 5,000 was the expectation.

But Sir Russell Coutts, the co-founder and chief executive of SailGP, reveals that impressive fan engagement numbers was only part of the reason that Endeavor got on board for season two. The sport’s focus on sustainability and environmental stewardship, he says, also went some way to sealing the deal.

Eliminating single-use plastics, tackling food waste and innovating in the field of renewable energy and biofuels has been a core part of the SailGP strategy from day one. Season one results have been impressive: 76,800 piece of single-use plastic were avoided during events in the UK and France, more than 2,500 meals were donated from the US race to nonprofits, and 59% of all catering was plant-based.

The competition also became the first to adopt World Sailing’s sustainability charter for special events, as well as the UNFCCC’s Sports for Climate Action Framework in which it has committed to measuring, reducing and offsetting its carbon emissions in line with the Paris Agreement.

Indeed, SailGP’s new shareholder has its own extensive social responsibility operations that encompass equality, democracy and inclusion, as well as environmental responsibility.

The “aggressive target” is for the competition to achieve carbon neutrality by 2025, ahead of the 2030 or 2050 objectives set by most companies. To get there, SailGP is focusing on clean energy and phasing out petrol craft altogether. With transport, freight, temporary power and fuel for the event’s support fleet contributing to its carbon emissions, SailGP will have to work closely with partners to reach its objective.

“I want to beat the 2025 target,” Coutts explains bullishly. “Internally, some of our people mentioned that a lot of organisations have set 2030 as the goal. But then we sat around and talked about it and said ‘why not’.

“But I think we have to partner with the right people. It’s better if you partner with smart people, always.”

RS Sailing, which supports SailGP’s Inspire education and outreach programme, is working to produce electric power boats for support teams. And Coutts reveals that a partnership with Tesla is in the offing, in which the iconic electric car maker will create solar panels to charge the batteries for power boats and F50 catamarans.

Coutts explains that while partners are helping SailGP achieve climate objectives, the platform is a “great shop window” for their services. There’s “no question”, he adds, that a focus on sustainability creates a “commercial advantage” for SailGP.

One partnership that Coutts is “happy to be challenged on” is the British SailGP team’s tie-up with giant petrochemical company Ineos. The firm, owned by Britain’s richest man Sir Jim Ratcliffe, has invested in a number of sports properties over the last two years, including OGC Nice football club, the cycling team formerly known as Team Sky and Sir Ben Ainslie’s America’s Cup team.

Ineos also backed Eliud Kipchoge’s successful attempt at a sub-two hour marathon, but environmental group Friends of the Earth have accused the company of using sport as a method to “greenwash” and divert attention away from what the NGO describes as a questionable environmental record.

Coutts counters this argument by stressing that Ineos is actually helping SailGP with its sustainability operations, particularly in relation to eradicating plastic waste.

“On our carbon fibre boats there is a layer of plastic you peel off that, in past years, used to go into the trash. Ineos is helping us recycle that plastic using some of the most advanced recycling techniques in the world.”

He adds: “Instead of saying ‘we can see no way forward’ with this company, it becomes a really useful connection for us. We don’t want to have a closed mind and say ‘we don’t want to know about it’. It’s better to face things head on, work out the issues and try to solve them together.”

SailGP’s first positive experience with eSports has demonstrated one of the ways sport has to evolve to engage the younger generation. A key focus on social and environmental issues, and demonstrating positive impact in both, is also part of that mix. But Coutts acknowledges that there’s some distance to go before sport as an industry can claim leadership in this area.

“I think there’s a tremendous distance to go, and not just in sport,” he muses. “Look how rapidly things are changing. When we showcase what we do I want to link it with speed. There’s no point talking about it for years and saying we’ll eventually get there. Actually, it’s much more urgent than that and so we need to find the solutions quickly.”

Sir Russell Coutts spoke to The Sustainability Report during the inaugural Global Sports Week in Paris.