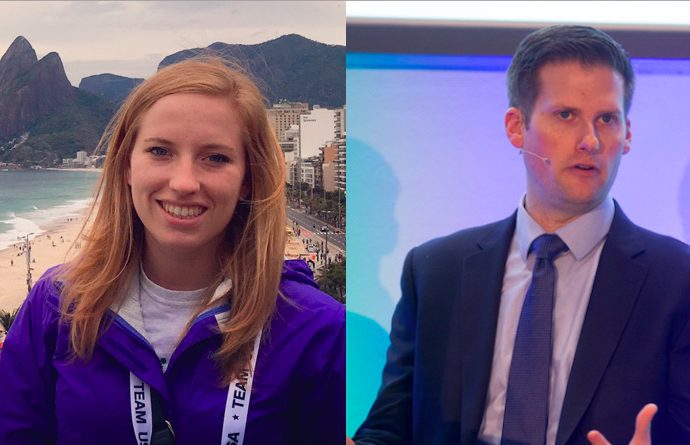 Imagine if all people understood and supported the environment with the same interest and passion they showed their favourite sports teams.

That’s the vision laid out by the newly-established Sport Ecology Group – a collective of academics in the sport and sustainability field brought together by Madeleine Orr, the group’s co-director and PhD candidate at the University of Minnesota.

It’s an ambitious vision. But it’s a vision steeped in academic rigour. The premise of the group is simple: to bring together and simplify the wealth of academic data that relates to sport and the environment, and to make that information accessible to the organisations and practitioners that can use it to make sport a more sustainable industry.

“We want to make it quick, accessible and digestible,” Orr tells The Sustainability Report. “It will save you reading 20 or 30 pages of methodology. It’s critical for industry members who have full-time jobs and don’t have the time, but want the information to make evidence-based decisions.”

Launching on Earth Day (22 April), the Sport Ecology Group’s platform has already been populated with 106 articles that have been analysed by founding members – a “team of academic rockstars”, including Brian McCullough, Tim Kellison, Jonathan Casper, Tiffany Richardson, Sylvia Trendafilova and a number of grad students – and summarised with “no jargon and no complicated terminology”.

“We’re here to augment the resources that are available and extend the conversation to provide some credibility in the form of evidence-based research,” Orr adds. “We’re not here to replace consultancies or practitioners – but to move from working with organisations on a case-by-case basis to making it the norm to work with organisations and spearheading the effort.”

The research, Orr and co-director McCullough hope, will help bring down some of the barriers that are stopping sustainability and the natural environment from being a core part of the conversation around sport and its operations.

And the barriers, they say, are threefold: sports organisations being fearful of criticism for not doing enough in this area, and hence not communicating about it; the partisan nature of the climate change ‘debate’, particularly in the US; and varying laws and policies in different locations.

On the first point, Orr explains that sustainability can often be spoken about in “mythical, unattainable” terms and that it needs to be “reframed” as a fluid process, not a state. Alongside University of Minnesota professor Dr. Yuhei Inoue, Orr developed the Climate Vulnerability of Sport Organisations (CVSO) framework designed to help sports organisations respond to climate change by assessing the extent to which their respective sports are being impacted by the changing climate, and how prepared they are to mitigate that impact.

Rising temperatures are threatening the very existence of snow sports. The Alps in Europe – a hotbed of sports like skiing and snowboarding – could lose 70% of its snow cover by 2100. Coastal golf courses are falling into the sea due to increasing erosion. And competitions usually reserved for the summer months may have to be rescheduled completely as the heat is creating dangerous conditions for athletes.

“Talk to any turf manager or ski resort staff and they’ll be the first to tell you that they’re starting to see changes,” she says. “The challenge comes at an organisational level, and the politics in the US makes it very difficult to have those conversations and to think about it from a business perspective. There are some folks whose values don’t quite line up with acknowledging sustainability and climate change yet.

“Are they willing to make significant investments into improving their capabilities to respond? It really differs from sport to sport and region to region. But on the whole they are doing much less than we would like to see them doing – and that they probably need to be doing.”

According to McCullough, this will only change when sports organisations begin to “feel comfortable” enough to become an “active participant” in combating climate change – and that confidence comes from seeing peers and rivals take the leap, and increasing scientific data to prove the business case.

Of the former, a number of organisations have committed to the United Nations’ Sport for Climate Action Framework, with the IOC, FIFA and, most recently, the New York Yankees pledging to measure, reduce and offset their carbon emissions.

“Ultimately it comes down to business efficiency,” says McCullough. “Every business wants to run as efficiently as possible, and one of those ways is to reexamine how sustainable we are in our business practices and to see if we can increase efficiency, reduce overhead costs, and perhaps even introduce new revenue streams.”

He adds: “Our job is really to acknowledge that climate change is real – we’re not debating that, and in some ways we don’t have the expertise to demonstrate that. We’re not climatologists. But we’re on the behavioural side of things and we can highlight business vulnerabilities and the aspects of climate change that sports organisations need to be aware of and start addressing.”

McCullough argues that the research mined by the Sport Ecology Group should be used in the same way as other pieces of market research that sports organisations conduct, and that data could increase the value of their “sophisticated” operations in this area around ticket sales and fan engagement.

Indeed, the overriding ambition is for sports clubs and organisations to get into such a strong position from a climate action point of view that they start to have a significant influence on the behaviours of the fans that follow them so loyally.

As well its primary responsibility around making research more accessible, the Sport Ecology Group has pinpointed a handful of key milestones it wants to achieve to amplify its own impact. Firstly, Orr, McCullough and Kellison are working on an article defining exactly what sport ecology is for academic records.

Secondly, Orr will launch her podcast (called Climate Champions) in June to bring stories of good practice in this field through a conversational, accessible medium.

“We’re trying to tell the stories of folks who are leading in this area at the intersection of sport and sustainability,” Orr explains. “We’ve had some good conversations with Dee Caffari (leading the UN’s Turn the Tide on Plastic campaign), Protect our Winters and the Green Sports Alliance. We want to deliver something that’s quick and easy, for people to listen to on their way to work.”

The “ultimate goal”, says McCullough, is for the Sport Ecology Group to “find a home” within a larger institution where it could gain access to financial support and develop a more formal approach to working with interns. He highlights the relationship between the University of Central Florida and The Institute for Diversity and Ethics in Sport, devised by Dr. Richard Lapchick, to demonstrate that ambition.

“As academics we’re not paid to share our research with the public – we’re paid to do research and publish it in journals,” Orr says. “We’re now trying to make that more accessible to a broader audience.

“In an age of so much fake news, where information is so readily available, it’s so important as academics that we make our research accessible and understandable to a general audience so people can know that credible information is out there. People are able to connect with academics – we’re not just up in an ivory tower somewhere anymore.”

What areas of research would be most beneficial for sports organisations trying to establish or accelerate sustainability as a core business practice? Let us know in the comments below.