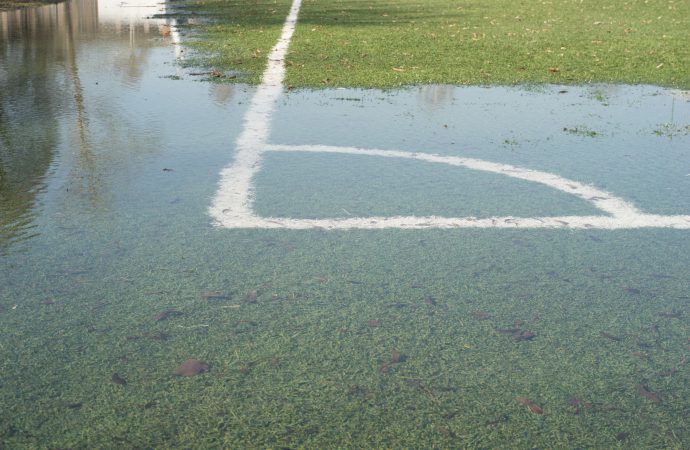 With climate change directly impacting sport on a more frequent basis, the industry must assess the risks and its capacity to respond, says Madeleine Orr

Climate change has been a staple of public vocabulary since the early 1990s. Back then, winters in North America were a couple of weeks longer and summers felt a couple of degrees milder. One-hundred-year-storms weren’t happening every other year.

Until the mid-2010s, however, the impacts of climate change on sport wasn’t a major story, or much of a public concern. We knew of some ski resorts that had a few rough winters. We knew surfers were running into more big-game fish in shallow waters, resulting in more frequent shark attacks. We would occasionally hear about hurricanes or snowstorms causing damage to facilities.

But these stories were few and far between; they certainly weren’t as common as they are now. Here are (just a few) recent examples of climate change directly impacting sport:

– Athletes at the Australian Open suffered from heat exhaustion due to extraordinary heat in 2018, and again in 2019

– The World Equestrian Games were cancelled in 2018 due to Hurricane Florence, which was the third major hurricane to hit North Carolina in just three years

– British golf courses are sinking due to coastal erosion

Obviously, challenges faced by the sport industry aren’t the number one priority when it comes to climate change impact. Health, food production, plant and wildlife welfare, natural disasters and land erosion are bigger issues at play.

In response to those increasing threats, scientists have developed a number of resources to help decision-makers react, such as the Climate Atlas in Canada (maps, research and video resources) and the Climate Impact Map or States at Risk tool in the US, which starkly reveals which states are most at risk and the dangers they’re facing.

In comparison, the sport sector remains behind the curve in terms of developing risk management frameworks for climate change – much less to determine the best approaches for response.

In a recent conceptual paper, Dr. Yuhei Inoue (University of Minnesota) and I adapted the United Nations Framework Convention for Climate Change’s climate vulnerability framework to suit the unique needs of sport organisations.

Ongoing research is developing self-assessment tools for organisations to determine: 1.) current risk levels, in terms of which aspects of climate change (hazards) they should be most concerned about, and how severe each hazard will be, and 2.) which strategies can be used to build capacity and respond to risks.

For instance, an outdoor football stadium might be concerned about extreme or prolonged heat (uncomfortable for fans, potentially dangerous for athletes) and heavy storms (lightning can be dangerous, and flooding can cause facility damage if the amount of water is greater than the drainage capacity of the stadium). They may respond by serving free water on the concourse, implementing cooling chambers, increasing the drainage capacity of their facility (and ideally, stormwater capture technology) or putting a roof on the facility.

Evidently, each sport organisation has different vulnerabilities due to different dependencies on the environment (e.g. golf or tennis are more dependent on specific climate conditions than basketball), location, funding, infrastructure, institutional support, and so on. We’re currently teasing through these variations to configure a self-assessment tool that will offer sport- and location-specific overviews of what challenges your organisation may be facing, and which approaches or methods are most suitable.

We anticipate these tools will be ready in beta mode by late 2020. In the meantime, our work and other research on this topic can be found on The Sport Ecology Group’s website starting 1 April 2019.