“Our aim is to only have partners strongly committed to sustainability” 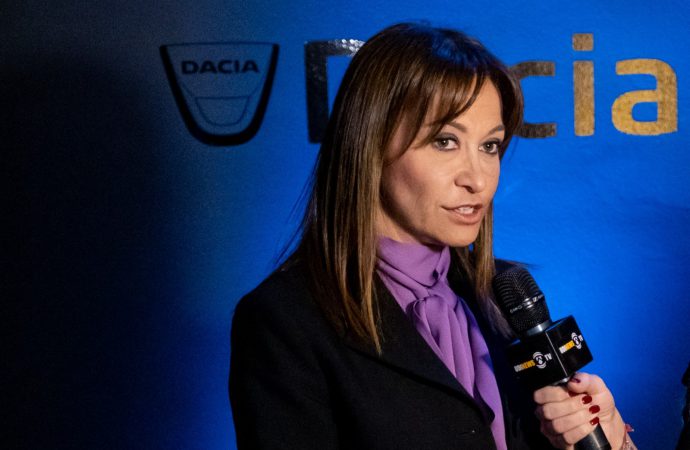 When the ball hit the top corner from a majestic Nicolò Barella free-kick, it looked like the writing was on the wall. Inter, Serie A champions two seasons ago and last year’s Coppa Italia winner, looked odds-on to get their 2022/23 campaign back on track in style after a stuttering start.

Udinese, however, had other plans. A barnstorming second half yielded an impressive 3-1 victory over the Milanese giants, making it five wins in a row for Udinese as they surged, temporarily, to the summit of Serie A while piling the misery onto their more illustrious rivals.

The club from Friuli, in the far north-west of Italy, can never be written off. Despite having one of the smaller budgets in the league, Udinese have consistently punched above their weight. Their current stay in Serie A has lasted for 27 years and counting, with mostly respectable mid-table finishes punctuated by regular forays into European competition, including the UEFA Champions League.

An innovative transfer policy that involves finding unknown gems, acquiring them for a relatively small amount of money and developing them into elite-level players has helped Udinese garner role-model status for clubs of a similar size. They are also one of the only clubs in Italy to own their own stadium, the Dacia Arena.

The next frontier for the club, according to Magda Pozzo, the club’s marketing strategic coordinator, is to continue Udinese’s penchant for innovation and leadership in the field of sustainability – principally through the club’s strategic partnerships.

“Our aim, little-by-little, is to only have partners who are strongly committed to eco-sustainability,” Pozzo tells The Sustainability Report, highlighting two flagship partnerships with Bluenergy (Energy Partner) and Macron (Apparel Supplier).

The former provides the club’s Dacia Arena with 100% renewable energy, helping to avoid 2,300 tonnes of CO2e over the course of the 2021/22 season – the equivalent of more than 5.7 million miles (9.2 million km) driven by an average petrol-powered vehicle.

Bluenergy’s logo can be found on the back of the club’s official kit, produced by Macron with “100% PET recycled polyester”, an innovation accelerated as a result of pressure from the club.

“We were the first club that made it a requirement for them to produce a sustainable jersey for us,” Pozzo explains. “At the beginning it was difficult because we were the only partner making these requests, but they accepted it and now they produce similar equipment for other partners in football, rugby and other sports.

“Nobody is going to say ‘yes’ immediately, but we need this way of working to be our objective. Macron is now a good example for us and we want to have this kind of relationship in every single category.”

Under Pozzo’s guidance, the club has drafted the ‘Udinese Green Project’, a reference point for all partners to understand what Udinese want to achieve in the field of environmental responsibility. Key targets include reducing the club’s environmental impact, raising environmental awareness among supporters and involving project partners.

When it comes to suppliers, Pozzo acknowledges the need to create a set of “protocols” to clearly set out the club’s position. A set of criteria for suppliers is being developed, with the overarching requirement that Udinese’s suppliers act responsibly from an environmental perspective “both in terms of production and the distribution” of products and services.

Additionally, employees working for Udinese will be trained to practically act on these protocols, making sure that partners are aligned with the club’s values and strategic direction.

“We signed the UNFCCC Sports for Climate Action Framework to put pressure on ourselves so that we become more responsible. We plan to create a small department to focus on sustainability so that we think about these activities constantly,” she says. “We need to have an internal code so that we can be an incubator for sustainable innovation.”

Working with partners and suppliers on environmental activations and strategies is one of five action areas outlined in the Udinese Green Project.

Zero impact energy is the first, and in partnership with Bluenergy the club will continue to acquire 100% renewable energy. A project between the pair to optimise consumption, particularly in terms of the stadium’s heating system, is an ongoing initiative.

Reducing waste and recycling are priorities two and three. Targets include phasing out single-use plastic and other non-recyclable objects, principally through a beverage cup return scheme and providing players with reusable bottles to avoid single-use items. Recycling and non-recycling bins have been added throughout the Dacia Arena and the club’s Centro Sportivo Dino Bruseschi training facility.

“I think we have a responsibility to show that you can play big on any issue, even if you’re a small- or medium-sized team,” Pozzo explains. “I’m proud because now people are beginning to associate Udinese with green issues. We want to be a case study to show similar sized football clubs that, if you have protocols, you can be sustainable in football.”