European fans urge football to be vigilant about the environment 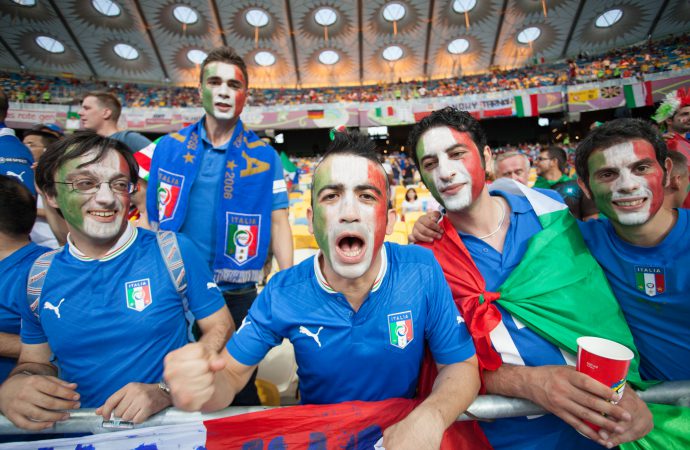 Building and maintaining connections with fans is among the biggest challenges facing sports properties. Covid-19 attendance restrictions aside, the behaviours and preferences of sports fans are changing. Therefore, the way teams, leagues and federations interact with them needs to alter as well.

Anyone interested in what engages sports fans beyond the action on the field, either professionally or just through sheer curiosity, may want to read a Business Insider article written by Texas A&M University professor and Sport Ecology Group co-founder, Brian McCullough, which showcases research undertaken by himself and colleagues revealing that sports fans are, to a large degree, receptive to environmental initiatives instigated by teams and clubs.

Moreover, these projects influence fans to change their everyday behaviour, and even advocate for sustainability policy changes in their local communities. Significantly, sports teams have been able to deepen relationships with fans regardless of whether they are politically conservative or liberal through the “collective identity” of being a fan of a specific team.

Those findings have been given weight across the pond in Europe with the publication of a piece of research conducted by the European Union-funded LIFE TACKLE project that has been designed to accelerate sustainability practices and environmental governance across European football.

According to the survey, which captured the opinions of football fans in Italy and Sweden between May 2019 and January 2020, 69% would be happier to attend football matches if they were more environmentally friendly, while 86% agreed that football should address environmental issues with the same vigilance it does with other major issues, such as racism.

Around 80% claimed that it would be easier for them to “take environmentally-friendly actions” if their favourite football club implemented sustainability initiatives, but only 56% trusted their team to be environmentally friendly, while 37% agreed that their team “adequately protects the environment”.

Tiberio Daddi, assistant professor at the Institute of Management, Sant’Anna School of Advanced Studies in Pisa, Italy – the institution which conceived the project – explains that while operational sustainability is becoming more mainstream within sports stadiums, the project was designed to improve environmental governance and engagement with key stakeholders, such as fans.

He told The Sustainability Report: “Some football clubs and stadiums don’t have an environmental manager or a system for monitoring the environmental performance of the stadium. From an operational point of view, some are starting to use reusable cups and collect waste separately. In the operational aspects, generally, they are more advanced than at a governance level. There’s room for improvement.”

The fans survey is one of two pieces of research that have been conducted as part of the larger €2m LIFE TACKLE project. The second one focused on the views and experiences of professionals responsible for football teams and stadiums across Italy, Ireland, Sweden, Austria, Azerbaijan, Liechtenstein, Romania, France, Belgium, Spain and Slovakia.

Operationally, many football clubs around the continent are making progress environmentally. They scored themselves most highly on processes like reducing waste, removing single-use plastic, and reducing water, energy consumption and greenhouse gas emissions.

But, the fertile ground of fan engagement appears to be overlooked thus far, with external communication an area that respondents felt their collective organisations addressed poorly.

This could soon change, however. Apart from the local community, the local authority, national football associations and sponsors, fans were cited as stakeholders considered most when implementing environmental practices (fifth out of 13).

And when asked if it was important to improve fan behaviour (as it’s related to the environment) when they are in the stadium, 78% of football professionals said it was either of high importance, very high importance or extreme importance.

“On one side we have a positive attitude from supporters and from the other side we have football managers saying that it’s very important that supporters should behave in an environmentally ethical way,” Daddi explains. “What we need is to build a bridge between the communication from the football club side regarding their commitment to sustainability.

“They don’t particularly communicate about this. They have to let supporters know that they need to behave a certain way and join these two positives. They can create environmental actions that involve fans and communicate with them about behaviours they should adopt to reduce the overall impact of football events.”

There was, however, some disagreement between football and stadium professionals about who is responsible for this communication. The highest score went to the suggestion that FIFA and UEFA should promote environmental messages via their media platforms. The second most popular suggestion was for players themselves to use their platform to advocate.

Conducting these surveys is just one element of the LIFE TACKLE project, a four-year programme developed in partnership with the national football associations of Italy, Sweden and Romania, Euractiv (the EU policy news site), the Association of Cities and Regions for Sustainable Resource Management, Lipor (the Portuguese recycling centre, and AMIU waste management.

A comprehensive set of draft guidelines we published in October last year, which focus on several aspects of football club operations, including governance, operational management, events, stadium management, procurement, and mobility and logistics.

Daddi distills the second objective, for the moment, down to “improving environmental governance and management” within football federations through pilot projects. Twelve stadiums (mainly in Italy, Sweden and Romania), adopted 60 pilot actions in the field of mobility, energy, water use, waste, GPP, and environmental governance.

In addition to that, the research team interviewed several people within the Italian Swedish and Romanian football associations – including heads of marketing and communication – to define concrete environmental actions that they are well-placed to adopt. For example, the Italian Football Federation (FIGC) were given 15 actions to improve their environmental governance.

One of the conversations representatives from the LIFE TACKLE project is having with the three federations is around how they can work with sponsors to work on environmental actions together.

But the real opportunity, says Daddi, is linking fan awareness and behaviours with the work happening within the football clubs, federations and stadiums. However, football clubs and federations have to craft their message correctly and based on sound research, he adds.

“We are about to publish a scientific article focused on marketing and communication, asking fans what type of messaging they prefer,” Daddi says. “We found that they prefer a neutral message; they don’t want an overly negative or overly positive message. They prefer to see data in a neutral way without an additional emotional message. It’s important that communication is done in the right way.”