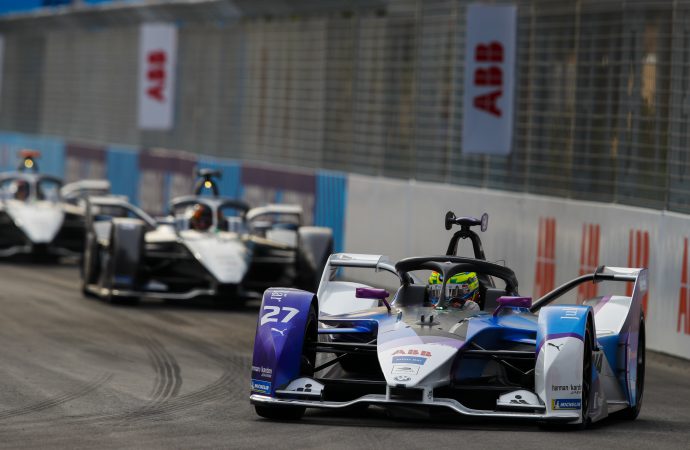 Formula E, the electric car racing series, has “set a new sustainability benchmark” for the motorsports industry by retaining its ISO 20121 certification for sustainable events.

ISO 20121 was initially secured by Formula E in 2018 as a result of its commitment recycling and waste reduction. Its promotion of e-mobility and the positive effect electric cars have on the air quality of major cities was also taken into account.

Throughout last season, Formula E spent time working with its partners to increase its number of sustainability initiatives.

Allianz started providing hydration stations and water pouches (image below) within fan villages to slash the amount of single-use plastic used during races. Indeed, the initiative saved 200,000 single-use plastic bottles being disposed of during the season.

Ana Inacio, the SGS auditor, said that Formula E is “taking the lead in sustainable motorsports” and setting a “new benchmark” for the industry.

“Working together with SGS auditors, environmental experts and our partners, we endeavour to enhance our efforts in trialling new technologies and rolling out sustainably-led initiatives in order to further reduce our footprint,” added Julia Pallé, Formula E’s senior sustainability consultant.

“We are continually seeking to implement the most innovative solutions available on the market to improve every aspect of our events and hope that this inspires other sports and organisations to embrace a similar approach in future.”