Are football fans beginning to expect high environmental standards from their clubs? 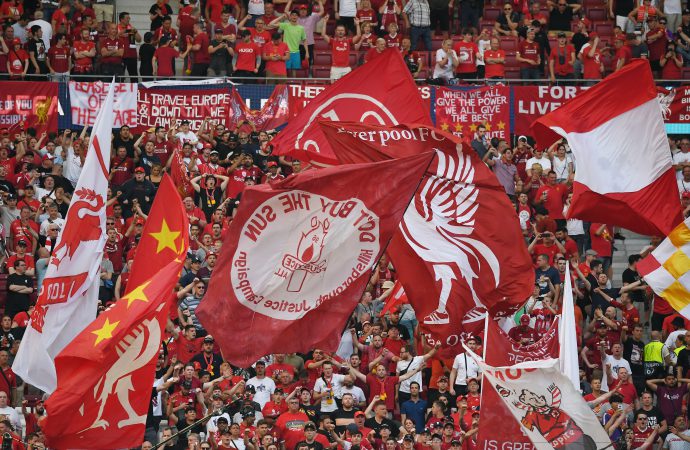 The Sport Positive Sustainability Table ranked Premier League clubs based on environmental performance. But do the fans really care?

Liverpool may be leading the pack in this season’s Premier League, but when it comes to the EPL Sustainability Table published by Sport Positive last week, the current pacesetters only finish about half way up.

If Jürgen Klopp’s team can hold its nerve and bring the league championship back to the city for the first time in 30 years, euphoria will sweep over the red half of Liverpool and, in all likelihood, kick start an extended period of collective jubilation.

While it would be unrealistic to expect Liverpool fans – and fans of other Premier League teams – to show the same enthusiasm for their club’s Sustainability Table performance, the aftermath of the publication of the ranking indicates that football supporters are starting to care more about the environmental credentials of the teams they follow.

The fact that the BBC – Britain’s main public service broadcaster – cared enough to give the table top billing on its BBC Sport website alludes to the direction of travel. Even more so that Sport Positive’s founder, Claire Poole, was invited onto its main sports radio channel, BBC Five Live, to discuss the outcomes.

But the real measure of the fans’ perception of football as a catalyst for sustainability could be measured in a poll asking for their views. More than half (58%) strongly agreed with the statement: “I care about how my club impacts the environment.” (see below)

Some of the points made in the comments section contrasted with the poll. ‘MarktheHorn’, for example, said that “the only green thing most fans care about is the grass.”

However, Akhil Vyas, an Arsenal fan who sits on the board of the Arsenal Supporters Trust, offers a different perspective.

“I think fans are interested,” he says. “Sometimes it’s forgotten during the 90 minutes of football, but in wider society there’s a growing awareness and that’s slowly making its way into football.”

Watford placed last in the table (see below), but Professor John Fawell, chairman of the club’s Supporters Trust, agrees that the industry is steadily changing to take more environmental responsibility – but clubs with bigger budgets and newer stadiums had an “easier” time in making the necessary changes.

“Our communication needs to be more visible,” he tells The Sustainability Report. “Fans will engage, but we can only influence them gradually. If we communicate well, they’ll start thinking ‘oh, if the club is thinking that way, maybe I should be thinking that way too.’”

But there’s a caveat: “We have to be really careful that our initiative work doesn’t turn into nothing more than a sound bite.”

The Football Supporters Association (FSA), the representative body for football supporters in England and Wales, has the view that fans engage most with sustainability initiatives when there’s a tangible benefit attached.

“Supporters come from all sections of society and, within that mix, some will care deeply for the environment and act accordingly, while to others it may not be at the forefront of their minds,” Michael Brunskill, the FSA’s director of communications, explains.

“However, there are environmentally friendly initiatives which could be introduced which would be supported by all fans. A good example would be alternative transport options – we would like to see the rail industry offer cheap, advance, football flexible tickets which are tied to a specific match rather than a date,” he adds.

“This would give fans cheaper public transport options and result in fewer cars on the roads on matchdays. Likewise, we would always support clubs subsidising transport for fans, such as coach travel or chartered trains.”

As of May this year, the 20 Premier League clubs were worth a cumulative £14.7 billion. With this in mind, there’s a case to be made in terms of holding them to the same standards as other companies of their size in alternative industries.

Sustainability communications is a big area of improvement for Premier League clubs, according to the table, with only eight of the 20 receiving full marks. It’s estimated that 78% of large public companies report formally on sustainability, and while many of the clubs may audit their environmental, social and governance performance, very few publish publicly accessible reports detailing the work they have done in this area.

The buzz around the EPL Sustainability Table and the feedback that clubs have received – positive or negative – should hopefully galvanise them to take their sustainability efforts to the next level. Through better communication of these initiatives, including contextualising both their importance and their tangible benefits, they have a chance of getting the remaining fans on side too.

Do football clubs have a responsibility to be environmentally friendly? Let us know in the comments below.