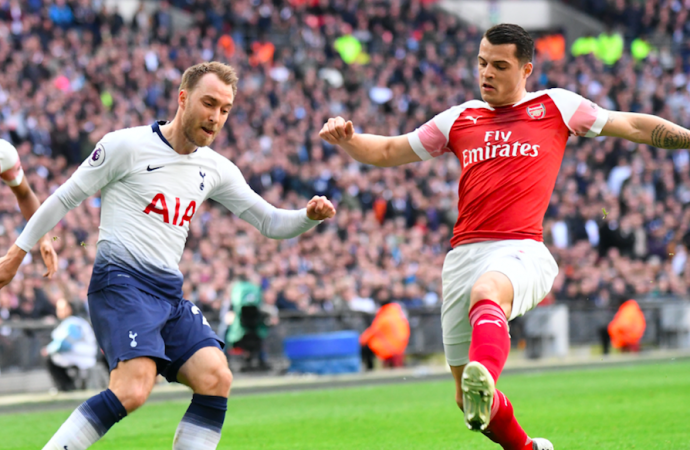 North London rivals Arsenal and Tottenham, Manchester United, and reigning champions Manchester City have been recognised as the most sustainable football clubs in the English Premier League.

Arsenal was recognised for its switch to renewable energy, a sophisticated composting process and an extensive vegan menu for fans, while Champions League finalists Tottenham was commended for eliminating single-use plastics.

The Manchester clubs – City and United – were ranked highly for their respective focus on zero waste to landfill and rainwater collection policies. See all of the club’s sustainability projects here.

Watford FC, currently struggling in the Premier League after a difficult start to the season, found itself propping up the Sustainability Table with 2.5 points, just below Crystal Palace (4.5 points) and Southampton (5.5 points).

Brighton & Hove Albion, Newcastle United and West Ham United were ranked joint-second, achieving maximum points in each of the eight metrics, apart from communications and engagement.

Both Brighton and Newcastle have solar panels integrated at their respective training grounds, as well as vegan options available across all concourses on match days. West Ham also offers vegan options and powers its London Stadium with 100% renewable energy.

“We are all on a journey when it comes to reducing our impact on the environment and applaud the work clubs are doing,” said Claire Poole, founder of Sport Positive. “Our ambition in collating and publishing this information is to continue to educate and engage sports industry professionals about what top-flight football clubs in the UK are doing to reduce their environmental impact, and enable all relevant information to be accessed in one place.

“The English Premier League Sustainability Table is an open-source resource for all, that will be continually updated as clubs announce new initiatives, and will grow to evolve as progress is made.”

The Sport Positive Summit Sustainability Table illustrated a number of trends, both positive and negative.

However, only eight clubs received full marks when it came to communicating their sustainability credentials and engaging stakeholders. Eleven received full marks for use of clean energy, while 14 clubs were recognised for offering plant-based food and beverage options.

Every club except Watford demonstrated an energy efficiency strategy and all but three (Watford, Crystal Palace and Southampton) received full marks for their waste management systems.

Sport Positive is currently working on a similar table for the German Bundesliga and Spanish La Liga.