“We don’t use the word sport – we talk about creating a healthier, sustainable life” 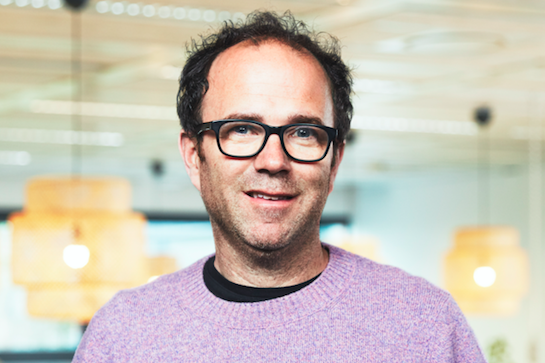 Part of the rationale behind Stockholm and Åre bidding for the 2026 Winter Olympics was to leverage the profile of the Games to cement Sweden’s place as a global leader in sustainability, with an ambitious and robust sustainability plan at the heart of the campaign.

Unfortunately for the Scandiavian nation Stockholm/Åre 2026 fell short, losing out to a bid put together by the Italian cities of Milan and Cortina in Lausanne (the Olympic Capital) last week. While the wounds of defeat will still be raw – particularly for the individuals who spent time and effort on the bid – Sweden can take consolation that, in terms of sustainability, it is still very much recognised for its leadership.

Although the local and central government can be credited with developing policies that encourage sustainable development, private sector organisations, such as Ikea, will play a huge role if Sweden will continue to flex its sustainability muscles – with or without the Olympics.

Indeed, sustainability market research company Globespan recognised Ikea as one of the top three organisations in the world when it comes to aligning company strategy with the United Nations’ Sustainable Development Goals (alongside Unilever and Patagonia) in its 2019 survey.

It’s easy to see why; in its 2018 sustainability report, Ikea revealed that 60% of its range was based on renewable materials, with a further 10% containing recycled materials (the ambition is to use 100% renewable and recycled materials by 2030). It sources 100% of its cotton and 85% of wood for sustainable sources and will phase out single-use plastic products by 2020.

‘As circular as possible’

The sports industry – which, in general, is still getting to grips with sustainability as a concept – will now be able to take a much closer look at the home and lifestyle giant after it partnered with the World Surf League last month.

As part of the partnership, the organisations are collaborating on creating a sustainable and “surf-centric” range of products (ideally using ocean-bound plastic) to increase awareness about climate change and the damage plastic is doing to the ocean.

“We shared this big value on seeing how we could make the planet a better place through our goals,” James Futcher, Ikea’s creative leader, tells The Sustainability Report. “We want to be as circular as possible and World Surf League is trying to clean up the oceans and limit the amount of plastic going into the oceans, so it seemed very much like a perfect match.”

The partnership was announced just a few weeks after World Surf League revealed its own ambitious sustainability targets – becoming carbon neutral and eliminating single-use plastics by the end of 2019 are the organisation’s flagship objectives.

Ocean health, World Surf League reasons, is being seriously damaged by both. The harm plastics are doing to marine life has been widely publicised over the past 18 months, while 30% of carbon in the atmosphere is absorbed by the ocean, killing marine life and coral reefs in the process.

To signify its increasing commitment to sustainability, World Surf League became one of the original signatories to the UNFCCC’s Sports for Climate Action Framework, in which it committed to measuring, offsetting and reducing its carbon emissions.

And while the product range being developed by Ikea and the sports governing body hasn’t been planned yet, Futcher explains that two dominant ideas will be explored: sustainability, obviously, and the minimalist lifestyle adopted by many of the 40 million surfers worldwide.

“One of the things we found really curious was not just the sustainability angle, but about the lives that surfers and other active people have,” he explains. “Those competing in the World Surf League are on the move all the time and generally live in small, confined spaces, whether that’s a camper van or smaller apartment.”

He adds: “We thought it would be interesting as we know that many people all over the world live in very small spaces. With this collaboration we can learn from sports people. The question is, how can we learn from them to make things relevant for everybody living in small spaces? Within the surfer community there is a very high demand for things that are very practical and easy to take care of, particularly around water and sand.”

Two-thirds of the world’s population will be living in cities by 2050, meaning that many people will be living in small spaces, while the accelerating environmental crisis means that we as people need to consume far less than we currently do. At the same time, a number of people are shunning the status quo and turning to minimalist living. Consumer goods companies, like Ikea, need adapt to these changing phenomena. And sport, in this instance, is playing a key role in shaping that.

The next step is for Ikea and World Surf League to put a brief together about the types of products they want to develop. Then comes the research phase in which several Ikea designers will spend time living with surfers to paint an intimate picture of what their lives are like and ascertain what their main frustrations are.

“We don’t know much about surfers yet,” says Futcher. “ We want to learn as much as possible to make the project as rich as we can. We need to develop products to give them a better life. During the project we will share all the steps through our development. It’s not about holding onto it all until the end; it’s actually building the story and letting people understand how we work. Get them to meet the people who design and develop our range.”

During their time spent with surfers, Ikea designers will engage with them on environmental issues, such as how ocean plastic and climate change impacts their sport. And about the value they place on physical objects, as well as how they determine what items are necessary and what aren’t.

Futcher expects Ikea and World Surf League to develop their strategy over the next few months before sending designers out to begin their research project when the summer months have concluded.

It’s not the first time Ikea has strategically partnered with a sports company to develop products that are sustainable and fit for purpose for today’s consumer. Last year, it teamed up with Adidas to create a selection of yet-to-be-revealed home workout products, designed to motivate people to get active without having to leave their home for the gym.

“I wouldn’t say we use the word sport,” Futcher admits. “We talk about planet positive and creating a healthier, sustainable life. That’s why partnering up with these companies makes a lot of sense. If we can encourage people in the home to be more healthy and more active, that’s going to be better for them. It’s the same with the World Surf League partnership; it’s not about sport, but actually understanding how people live.”

How else could sport partner with influential private sector or consumer goods companies to accelerate sustainable development? Let us know in the comments below.