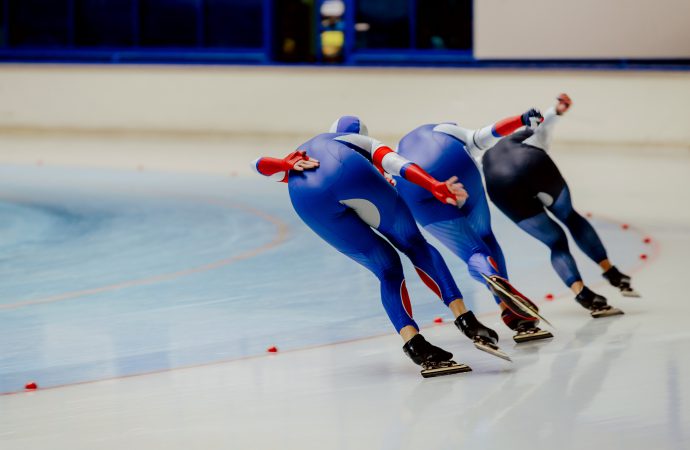 An ice rink refrigerant that has “low global warming potential” will be used at the majority of the venues earmarked for the Beijing 2022 Winter Olympic Games.

Refrigerant R449, which has been developed by chemical company Chemours (formerly DuPont), will be used to cool the speed skating, figure skating, ice hockey, curling and short track arenas, as well as the ice hockey training facilities.

Known as a “non-ozone depleting” refrigerant, the use of R449 will help the Games reduce its carbon emissions by more than 26,000 tonnes – the yearly footprint of around 3,900 cars. Saving that amount of carbon emissions is also the equivalent of planting more than one million trees, according to the IOC.

It will be the first time the technology is used in China and at the Olympic Games.

The use of hydrochlorofluorocarbons (HCFC) refrigerants has been proven to be extremely harmful to the ozone layer, accelerating climate change in the process. However, a piece of policy called the Montreal Protocol 1987 (updated in Kigali in 2016) has determined that ozone depleting refrigerants must start being phased out by 2020.

Indeed, a book by environmentalist Paul Hawken, ‘Drawdown: The Most Comprehensive Plan Ever Proposed to Reverse Global Warming’ cites refrigerant management as the number one global solution to halting climate change, while a number of studies have credited the Montreal Protocol for saving the very existence of the ozone layer.

Juan Antonio Samaranch, chair of the IOC Coordination Commission for the Beijing 2022 Games, said it was a “landmark decision” that could “potentially help address the issue of climate change, both in China and even globally”.

China, as a nation, is responsible for the second-highest volume of carbon emissions globally (after the US). Although coal production is cited as the main source of its carbon footprint, China is also targeting a large reduction in the use of HCFCs – to 20% of its current usage by 2045.

Chemours has been working with the National Hockey League (NHL) to support venue owners and operators in North America to switch to more environmentally-friendly refrigerants. Around 30-50% of the continent’s 5,000 community rinks are yet to make the change.

The Beijing 2022 organising committee worked with the IOC and International Federations on the technical aspect of choosing the product. As part of the move, the Games has joined the IOC, Tokyo 2020 and Paris 2024 by adopting the UNFCCC’s Sports for Climate Action Framework, in which is has committed to measure, reduce and offset its carbon emissions.