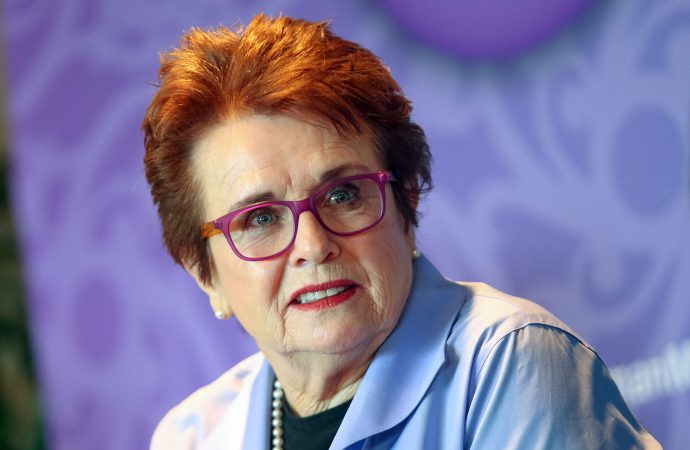 King, the USTA and director of strategic initiatives Lauren Tracy labelled ‘an inspiration to the entire sports industry’ by the Green Sports Alliance

Legendary tennis player Billie Jean King will be recognised for her “trailblazing” role in the green sports movement alongside Lauren Tracy, the US Tennis Association’s director of strategic initiatives.

The contribution of both King and Tracy will be celebrated by the Green Sports Alliance during its summit in Philadelphia next month, where the USTA as an organisation will be presented with its annual Environmental Leadership Award.

Previously won by the likes of ESPN, Jack Groh, the director of the NFL’s environmental programme, and Andrew Ference of the Edmonton Oilers, the award is given to individuals or organisations that have “demonstrated extraordinary leadership” toward sustainability, environmental stewardship and community engagement.

King – a multiple Grand Slam winner and gender equality pioneer – has been credited with driving the USTA’s effort in making its flagship venue, the Billie Jean King National Tennis Center, one of the most sustainable elite sports venues in the world since 2006.

Since launching the ‘Our courts may be blue, but we’re thinking green’ campaign in 2008, the home of the US Open has seen greenhouse gas emissions reduce by more than 100,000 metric tonnes as a result of waste diversion, recycled paper use and renewable energy certificates.

Last year, the USTA unveiled the LEED Silver Armstrong Stadium – the “first” naturally-ventilated stadium with a retractable roof in the world, and the National Tennis Centrer’s third LEED certified structure.

The USTA has also been offsetting the energy used during the US Open tournament, as well the carbon emissions generated by players travelling to compete and for employees working at the venue during the competition.

In September last year, Tracy unveiled the USTA’s plan to offset these emissions by investing in safe and efficient cookstoves in Malawi.

In addition, the USTA has diverted hundreds of tonnes of food waste from landfill since 2008: 700 tonnes has been transformed into compost for gardens and farms, while 100 tonnes was donated to local communities.

“The significant action taken almost 13 years ago has served as a springboard to positively impact the environment for the US Open, and the National Tennis Center, and has set an example for other tennis and sporting events to emulate,” said King.

Gordon Smith, the chief executive and executive director of the USTA, said the organisation “felt an obligation and opportunity to bring about measurable changes.”

Green Sports Alliance executive director Roger McClendon said King, Tracy and the USTA were “exemplary leaders” and “serve as an inspiration to the entire sports industry.”