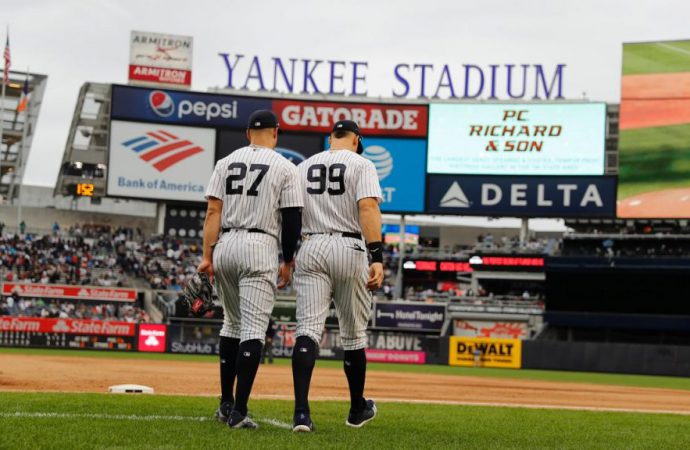 Five of the most high-profile sports organisations in the US have committed to advancing the United Nations’ Sustainable Development Goals by delivering thousands of safe and efficient cookstoves in economically-deprived nations.

According to the World Health Organization, four million people die prematurely every year as a consequence of inhaling fumes emitted by open fires or inefficient cooking stoves (with young women and girls disproportionately affected).

But the investment made by the organisations in partnership with sustainability project providers South Pole, Allcot and Eco-Act has mitigated 39,443 metric tonnes of carbon, saved 22,448 metric tonnes of wood and positively impacted the lives of 13,071 women and girls, saving many from premature death.

Representatives from all five sports bodies discussed their work at the Sport and Climate Change Summit in New York – an event hosted by Sport and Sustainability International (SandSI) and the Global Crisis Information Network.

Allen Hershkowitz, chairman of SandSI, praised the organisations for merging their carbon management operations with the advancement of the Sustainable Development Goals, adding that they were “an example of extraordinary agility and leadership”.

“The Sustainable Development Goals were only enunciated by the UN three years ago. The reason I want to emphasise that is these organisations have responded in a very agile and rapid way,” Hershkowitz told delegates. “This is a unique initiative – there are no other sport organisations in North America who are managing carbon through offsets directed into low income countries in Africa.”

In areas where cookstoves had been delivered, other benefits such as clean water projects have been realised, while jobs have also been created in the communities to maintain and repair the units. Indeed, the project has positively advanced 10 of the 17 Sustainable Development Goals in these nations (see below).

Doug Behar, senior vice-president for the New York Yankees, said getting on board with the project was a “no-brainer” and that being able to save lives while reinforcing the franchise’s own sustainability credentials made the project “very tangible and finite”.

Behar’s New York Mets counterpart, Michael Dohnert, explained that “doing the right thing” from a moral standpoint was his motivation for contributing to the project and focusing on sustainability more broadly. As well as compensating for the carbon footprint of the club the New York Mets also offsets emissions generated by its fans.

Both Lauren Tracy (director of strategic initiatives at the USTA) and JoAnn Neale (MLS senior vice-president) told delegates that the global nature of their sports meant that it was important to set an example by being responsible in all operations. They both also modelled their offsetting projects around key events – the US Open for USTA and the All-Star MLS game in August this year.

The USTA contributed 336 cookstoves to Malawi after compensating for the “nine million miles” of travel players took to reach New York to compete in the Grand Slam event. Similarly, the MLS invested in 1,450 cookstoves by compensating for its travel and hotel use during the All-Star game, as well as the energy used in the Mercedes Benz Stadium in Atlanta, which hosted the 2018 edition of the match.

Catherine Kummer, senior director of NASCAR’s Green Innovation arm, added that she was motivated by fan engagement and behaviour change, talking up the potential impact of positively influencing the behaviour of just 1% of the motorsport’s 80 millions fans.

“Our mission,” she said, “is to make sure we know our impact, to minimise where we can and to offset what we cannot, all while influencing the fan base.”

Hershkowitz used the platform to emphasise the increasingly important role sport has in influencing fan behaviour and creating impactful alliances to aid the Earth as it battles against climate change – and the clock.

“We’re meeting right now at, frankly, the most urgent and consequential time that humanity has ever faced in its struggle to avoid catastrophic climate change. Both from a biophysical perspective as well as a political perspective, the situation has never been more dire,” he said starkly.

“How do you change behaviour? How do you change people’s minds? How do you get people’s attention? Well, you don’t do it through science because in the US about 16% of adult Americans follow science. On the other hand, about 80% follow sport. So if you want to change behaviour you have to tap into trusted network and you have to operate in a non-political, non-partisan trusting context.”