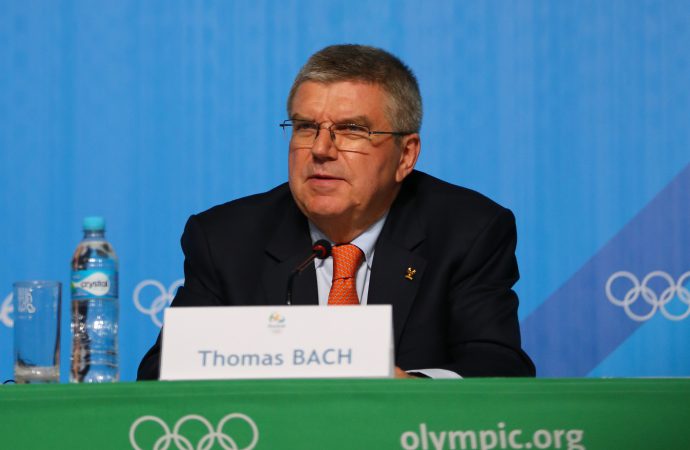 Bach said that while geographical obstacles limited the number of potential host cities anyway, the issue was being exacerbated by the changing weather and how it’s being received by potential decision-makers within cities.

“What we have now with climate change, in particular in Europe, is an even further reduced number of potential candidates,” he told delegates at the Smart Cities and Sport Summit in Lausanne. “People are saying it makes no sense any more to invest in winter sports.

“There’s no return on investment because in 10 years we will have no snow.”

A piece of research published this year by the University of Waterloo in Ontario, Canada, painted a bleak picture for the future of the Winter Games, revealing more than half of the former host cities will be too warm by the end of the century to host the event.

If global warming continues at the current rate – past the 1.5°C needed to stabilise climate change – it’s likely that alpine ski resorts will lose up to 70% of their snow cover.

Europe will likely be the destination for the 2026 Games, with both Stockholm and an Italian bid involving Milan and Cortina D’Ampezzo through to the next stage of the bidding process. Calgary also made the cut, although it’s being widely reported that its bid may be close to being withdrawn.

Bach acknowledged that the status of bids were prone to changing political landscapes (Sion’s withdrawn bid for the 2026 Winter Olympics following a referendum result being a case in point) but it was telling that climate change was at the top of his mind.

He said that the IOC, and the Olympic Movement in general, could be part of the solution by integrating recommendations made in the IOC’s wide-ranging Sustainability Strategy, published in late-2016. But Bach added that International Federations, National Olympic Committees and sports organisations in general had questions to answer when implementing their own sustainability operations.

To help organisations practically approach the issue of sustainability, the IOC is in the process of publishing a number of guides. Bach said that sports organisations are generally “open” to embracing the strategy recommendations. In fact, leading NOC’s in Europe have put together a Sustainability Working Group to facilitate the IOC’s vision.

“I think we’ve made good progress,” said Bach. “You’ll always have some people who say ‘I’m not interested, I don’t care’, but there are very few.”