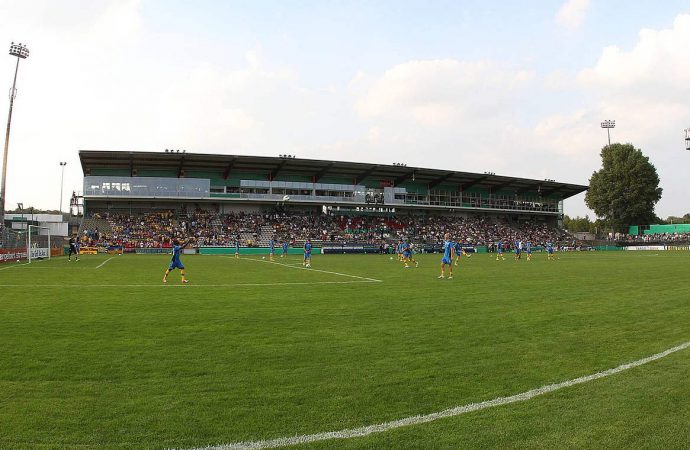 While most major football events invest in offsetting projects to balance their carbon footprint, the German Football Association will launch a fund to improve the ecological efficiency of its 25,000 clubs to mitigate the impact of hosting Euro 2024

Around 25,000 amateur German football clubs will have the opportunity to bid for funding to make their facilities more environmentally efficient after the nation was successful in its bid to host the 2024 UEFA European Championships.

Establishing a German Sports Climate Fund was one of the sustainability commitments made by the German Football Association (DFB) when bidding for the international tournament, which is hosted every four years. Money will be made available for amateur teams if, for example, they wish to replace old boilers, invest in e-mobility facilities or buy energy efficient electrical appliances.

The Fund is being positioned as an alternative to investing in carbon offsets, which has become an increasingly common method for major sporting events to balance out their negative carbon impacts.

According to the DFB, a “small part” of football’s overall ecological footprint is down to mega events, such as the European Championship, and more impact would be realised by supporting the nation’s thousands of smaller clubs, many of which have old and inefficient facilities due to a lack of funding.

The German Sports Climate Fund is one of two flagship ‘Lighthouse Projects’ the DFB has devised in relation to the environmental sustainability of the tournament.

The second initiative, the Combi-Ticket Plus, has been developed to reduce emissions during the tournament, specifically those generated by supporter travel. The Combi-Ticket allows match ticket holders to use public transport in a host city for free during match day. However, the Combi-Ticket Plus will give ticket-holding fans the opportunity to travel between host cities at a reduced rate for the duration of Euro 2024. For a fixed extra fee, fans will be able to use the whole public transport network on a unlimited basis for the whole tournament.

To decrease the cost of public transport further for fans, German transport companies will set up joint ventures with neighbouring countries to make the passage through to the tournament cities more cost effective.

Other transportation initiatives include the development of a ‘Fan Mile’ in each host city, which will encourage fans to walk or cycle to games with “attractive tourist highlights” integrated into the route. For the cyclists, all stadiums will guarantee at least 2,024 guarded bike slots.

The DFB has also made significant commitments in terms of energy, waste and communicating the benefits of sustainable practice to the wider public.

For the former, the DFB will join with each host stadium to go through the ISO 50001 certification process on energy management. The organisation has pledged to purchase 100% renewable energy for the tournament while looking for “other innovative forms of energy”.