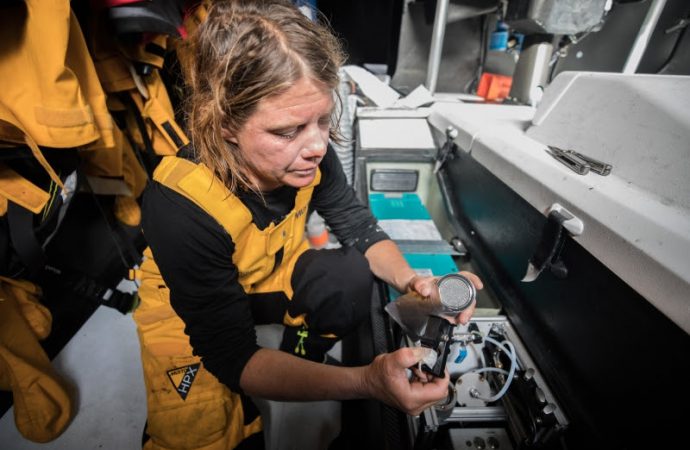 Only two samples out of 68 had no traces of microplastics, while some had as many as 300-plus particles per cubic metre

The shocking level of plastic that resides in the ocean has been laid bare by a study carried out by Volvo Ocean Race, which found microplastic in almost every water sample it collected.

Indeed, of the 68 samples collected over the course of the race – from departing Alicante in October 2017, to its complete global circumnavigation to Cardiff in May 2018 – only two samples contained no microplastics, a sample collected off the south coast of Australia and one from the east coast of Argentina.

The most recent sample taken, off the US coast of Newport, Rhode Island, 75 particles of microplastics were found per cubic metre.

Even a sample collected close to the waters of uninhabited Antarctica found microplastics were as high as 25 particles per cubic metre.

Microplastic samples have been analysed by members of the Volvo Ocean Race’s scientific consortium in Germany. Those findings will now be presented at the Volvo Ocean Race Summit in The Hague, Netherlands, by Dr Toste Tanhua, of GEOMAR Institute for Ocean Research, today.

He added: “Unfortunately, almost all the samples contained microplastics, meaning that the plastics are carried with ocean currents to the most remote parts of the world’s oceans.”

More than eight million tonnes of plastic is dumped into the ocean every year. Microplastics are often invisible to the naked eye, taking thousands of years to degrade and contaminating marine life.

“The collation of a complete data set by this elite scientific consortium is of exceptional value and provides an historic legacy and clear benchmark for our future understanding of the world’s oceans and climate,” she added.