With the sustainability landscape changing it’s time to be adaptable, like Villarreal 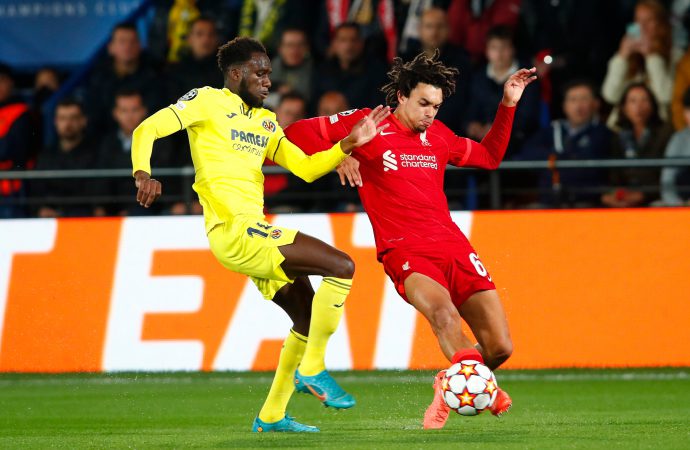 While the change in UEFA’s ‘away goals’ rule promoted the Spanish La Liga side to tweak tactics, shifting EU sustainability reporting policy means sports organisations need to evolve off the pitch

The Villarreal fans were satisfied. A corner of yellow and blue in an otherwise sea of red stayed, waving their scarves and singing songs, as the players came over to show gratitude for their support. A 2-0 loss against Liverpool at Anfield in the first leg of the UEFA Champions League semi-final couldn’t damper their spirits.

If the match had happened a year before things might have been a little different. Ahead of the 2021/22 football season, UEFA – European football’s governing body – decided to scrap the ‘away goals’ rule in their competitions. Before last season, an away goal scored in the knock-out stages effectively counted double.

So instead of lamenting an opportunity missed by not scoring away against Liverpool, many of those associated with the Spanish club were happy to limit the goals they conceded against one of the most devastating attacking teams in Europe. It almost paid off; Villarreal were themselves 2-0 ahead in the second leg with 20 minutes to go before Liverpool blew them away with three quick goals to reach the final.

Their unashamed efforts to defend for 90 minutes in the first game drew criticism from some quarters, but if the incentive to attack isn’t there – particularly against a team that, on paper, is far superior – how can they be blamed?

A change in circumstances naturally means you have to change strategy. When the rules are altered, the best organisations are the ones who are able to adapt to the new landscape.

Away from the pitch the regulatory landscape is also changing in a way that will potentially impact dozens of European football’s top clubs and a number of other organisations involved in or linked to professional sport.

While UEFA decided to give its competitions a shot in the arm by abolishing the away goals rule, those in charge of EU policy at the European Commission have decided to change the continent-wide approach to sustainability reporting to get businesses in line with crucial climate and environmental targets.

From 2024, all listed companies and large businesses that hit two of the following three criteria – have a balance sheet of €20m-plus, net revenues of €40m-plus or more than 250 employees – will have to publicly report non-financial data in line with the EU’s Corporate Sustainability Reporting Directive (CSRD).

While only a handful of sports teams in the EU are listed on the stock market (Juventus, AS Roma, Borussia Dortmund, Lazio, Ajax, Benfica, Sporting CP and FC Porto, for example), a number of sporting organisations across Europe fall into two of those three criteria.

So what does this mean?

Firstly, it means that all organisations that belong to this category (around 49,000 entities across Europe) will have to disclose environmental information in line with the six objectives outlined by the EU Taxonomy framework:

(The Sustainability Report will look at each of the six criteria in detail over the coming months.)

Secondly, in the eyes of the European Commission, non-financial reporting will be as important as financial reporting. CSRD broadens the scope of the existing Non-Financial Report Directive, meaning that organisations required to report sustainability disclosures need to understand stakeholder expectations and look at their whole value chain.

The former is reasonably straightforward, with all the current evidence suggesting that key sports stakeholders – from fans to partners – want sport to do more around environmental sustainability. It’s just a question of getting these stakeholders more involved and identifying shared value (another concept we’ll explore in the near future).

But the latter is a little more tricky. Supply chain is an area that accounts for much of sport’s environmental impact, and although the practices of a third-party supplier – such as food and beverage, catering, cleaning and waste, and merchandise – are outside the total control of an organisation, there is still the ability to have influence through buying choices, pressure and support. The IOC’s ‘Sustainable Sourcing in Sport’ guide is a good place to start.

Where does the value chain end in sport? English footballer Ben Mee offset the carbon emissions related to his transfer from Burnley FC to Brentford FC. Should the environmental impact of transfers be a point of disclosure?

It’s because of questions like this, and the increasingly stringent nature of corporate sustainability in Europe, that major sports organisations have to get strategic about sustainability. They have to be like Villarreal – perhaps not perfect the first time, but with a strategic approach that addresses the changing landscape more effectively.

Picture it this way: if UEFA’s financial regulations (currently Financial Fair Play) are a European football club’s parameters from a monetary perspective then the EU Taxonomy framework and CSRD should be the parameters for everything else, including environment.

While clubs are structuring transfers and player salaries to optimise their on-pitch chances within the boundaries of financial regulation, they’ll need to start applying a similar data-driven, strategic and long-term approach to their sustainability operations.

As transfer and wage budgets fall within UEFA’s financial rules, carbon budgets must align with EU policy, guided by science and in line with the Paris Climate Agreement.

Ahead of the CSRD regulations coming into force, the sports organisations that prepare well and approach non-financial issues through a strategic, organisational lens will be the ones to comply and, ultimately, play a holistic role in addressing the major environmental issues that are impacting their club, their sport and the world around them.