This week in sustainable sport (30 June) 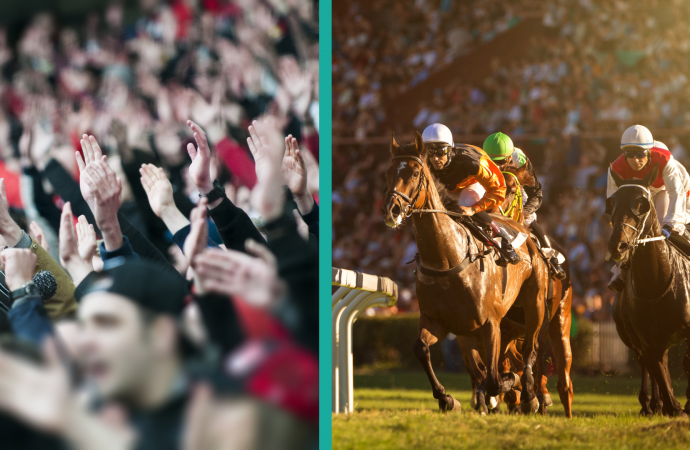 In this week’s sustainability and sport news round-up, Sky Sports teams up with Count Us In to encourage sustainable fan behaviour, horse racing courses are urged to think about climate change adaptation and mitigation and UK sports fans show mixed concern with environmental issues.

Established alongside Count Us In, the initiative will point television and live spectators towards public transport, vegan options for matchday food and bringing reusables to sports events to avoid single-use plastics. This follows a materiality assessment that was conducted to discover the areas in which fans can have the biggest positive impact.

Sports fans watching or attending events such as The Hundred, the British Grand Prix, The Open and Super League Magic Weekend will be exposed to the messaging. During the campaign, fans will be shown the impact climate change will likely have on their favourite sports and venues if climate mitigation and adaptation are not improved.

All horse racing courses must launch a review of their infrastructure to prepare for extreme weather caused by climate change, according to a new report. Between 2017 and 2019, 91 racing fixtures were abandoned because of waterlogging, with 14 further lost to hard ground.

These weather events are only going to increase in the future, the report said.

When asked what their top 10 most important issues are, climate change and clean energy priority came fifth and sixth respectively, although issues such as Brexit, immigration and healthcare were deemed more important.

More than 30% of sports fans aged 18-24 are concerned about these two issues, while more than 20% are interested in environmental policy. Sports fans over 55 indicated the least concern for environmental matters.

To keep on top of the latest news at the intersection of sport and sustainability, opt in to our weekly newsletter