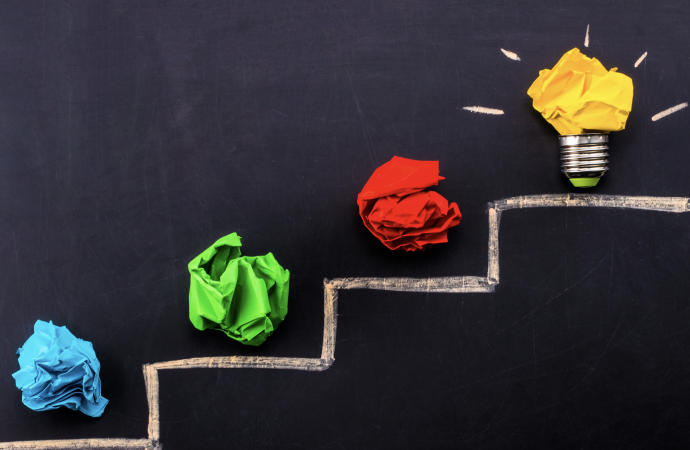 Getting serious about behavioural science and positioning itself as a testing ground for innovative, sustainable ideas should be a priority for sport

That was the key message from Tony Estanguet’s opening address at Global Sports Week Paris earlier this week. The president of the Paris 2024 Olympic and Paralympic Games is presiding over an event that is trying to rip up the rulebook when it comes to mega events. The vast majority (95%) of venues are already built, it has a carbon budget and there are some interesting plans around food, transport and renewable energy.

But, during this first post-pandemic conference season – the biggest opportunity the sports industry has had to share ideas since Covid began – what are we learning about how sport can achieve all three criteria? And how can the sector evolve to meet environmental and societal challenges?

Sport needs to get serious about behavioural science

Jamie Farndale, the Scotland rugby sevens player and climate action advocate, used his keynote at Global Sports Week to make the case that sport, and athletes in particular, had a responsibility to use their influence to encourage people to adopt more sustainable everyday behaviours.

However, it’s too simplistic to think that sending high profile athletes out with generic messages urging climate action will get sports fans to drop the car, red meat and flights overnight; anything piloted in this area needs to be underpinned by science.

Pledgeball, the organisation established by Katie Cross to encourage football fans to make carbon emission reduction pledges, has been (and continues to be) developed through behavioural science research. Football fans can create Pledgeball events, support their favourite team by competing against fans of other teams to see who can reduce the most carbon and even make a standalone pledge, such as committing to having two plant-based meals per week.

Actions like that address the root cause of climate inaction – overwhelm and lack of knowledge – by giving the pledgers a feeling that they are in control of their everyday choices and that they are part of a bigger movement.

Indeed, an article written by behavioural scientist Marina Rain at the start of the pandemic about how sport can continue to engage fans remotely explained that one way was to “maximise in-group similarities”. One of those in-group similarities can be a concern about human health and wellbeing (and the future of their favourite sport) in the context of climate change.

In episode #63 of The Sustainability Report Podcast, Christian Gravert (a behavioural economist and associate professor at the University of Copenhagen) explained the concept of nudging – asking people to make decisions in a slightly altered environment, such as putting plant-based food at the top of the menu, for example – and suggested that sports venues, where tens of thousands of people could be present at any one time, could be the perfect places to explore how people can be ‘nudged’ towards more optimal decisions for the planet.

When it comes to science, sport excels in anything to do with athlete performance. If the industry could harness that ingenuity to focus on behavioural science and help fans and other stakeholders to adopt more sustainable decisions and behaviours, sport, because of its cultural significance, could be a significant climate action mobiliser.

Sport is the perfect testing ground for new sustainable ideas

When sport harnesses its ingenuity, it also has the potential to benefit wider society in a very significant way.

Last month, on Earth Day, the World Sailing Trust unveiled details of its Carbon Fibre Circular Demonstration Project, in which the IOC and a number of international federations (World Sailing, the IBUC, the UCI, the ITF) and equipment manufacturers like Wilson Sporting Goods, Starboard, SCOTT Sports and OneWay, got together to explore how failed or broken carbon components from sporting equipment could be reclaimed and reused.

The project, undertaken in collaboration with the University of Bristol, is a breakthrough in the recycling and reuse of carbon fibre, which had no previous sustainable end-of-life solution. While high performance sport is a significant consumer of carbon fibre products, industries such as aerospace and turbine industries also use a lot of the material.

It’s an example of sport potentially accelerating sustainable development for other industries and Cyril Abiteboul, the former managing director of Renault’s F1 team and current chief executive of CDK Technologies (which builds boats for a number of teams in The Ocean Race), agrees that the competitive nature of sport and the engineering expertise in sports such as The Ocean Race and F1 can support that.

During his interview at Global Sports Week, Abiteboul explained that while elite teams had to balance performance and sustainability, in many cases the two were compatible, and the wider marine and automotive industries could benefit from the advances made in their related sports.

He added that making sustainability part of the rules, so that every team has a fair set of parameters, is an effective way to accelerate impact further. This notion was reinforced by SailGP’s Susie Tomson at SportsPro Live in April, and will be tested out further when the German Bundesliga pilots sustainability in its licensing criteria from next season.

For several years, the Johan Cruyff Arena in Amsterdam has served as an example of what sporting venues and stadiums could look like if they repositioned themselves as testbeds for sustainable innovation during or away from matchdays. Its work with renewable energy storage is a good demonstration of how a town or section of a city can use existing infrastructure to capture and store renewable energy, helping to wean us off fossil fuels and make energy more cost-effective and efficient.

Georgina Grenon (sustainability director, Paris 2024) and Nathalie Bellon-Szabo (global chief executive of Sodexo Live!) used Global Sports Week to showcase their ‘Food Vision’ for the Athlete Village during both the Olympic and Paralympic Games, with a comprehensive life-cycle assessment of every aspect of the food production, delivery, consumption and end-of-life accounted for, creating a new standard for sustainable food delivery at large events.

– Benny Bonsu, director of daily content at the Olympic Channel, moderated a fascinating block on ‘women’s sport vs the men’s sport model’ at Global Sports Week. She was also interviewed and stressed the importance of community, diversity and inclusion when it comes to big decisions in sport. This should be reflected in sport’s response to the climate crisis and other environmental issues, too.

– Last week, Barney Weston of Football for Future wrote an article in The Guardian, urging for any fan-led reviews on football to include the topic of environmental sustainability – and making the link to financial sustainability. We couldn’t agree more.