The 2020s: The decade of purposeful sports events? 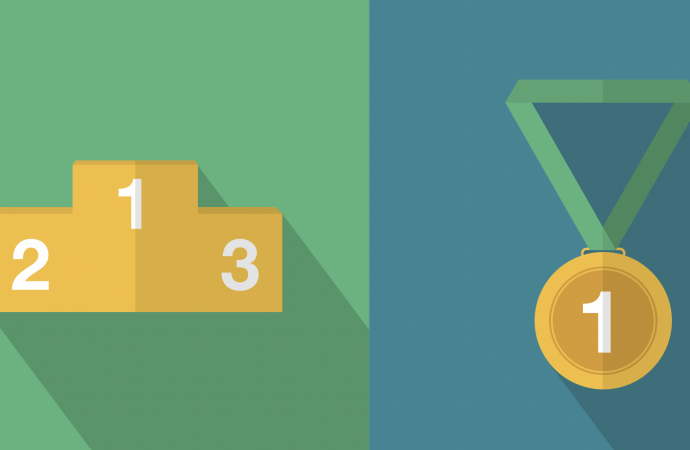 EY report states that major events will achieve more by ‘defining values and purpose’, while Paris 2024 shows what can be done through an innovative and core approach to climate action

“Whether focusing on international collaboration, sustainability, climate change, digital engagement, diversity and inclusion, or other key issues and challenges, major sports events in the UK over the coming decade will achieve more by defining their values and purpose, and ensuring that they align with those of their host towns, cities regions and nations.”

While everyone focused on the headline numbers – that the UK’s pipeline of sports events over the next decade will deliver £4bn through “soft power, trade and investment impacts” – few picked up on the above excerpt of the latest report produced by EY, the City of London and UK Sport around the impact of major sports events.

Sports events will achieve more by defining their values and purpose.

There’s an argument that this has been happening for decades in the form of ‘legacy’ although, in some cases, the legacy of a major sporting event hasn’t been totally realised. But, there’s a nuanced difference between having an event legacy plan and actively building an event around specific outcomes, such as accelerating climate action or diversity and inclusion.

It has been an inauspicious start to the 2020s for the event industry for obvious reasons, but there is evidence that the next 10 years could be the decade of purposeful sports events.

Next summer, Birmingham will host the 2022 Commonwealth Games. And despite the shorter than usual turnaround (the city has only had four years to prepare compared to the usual seven after Durban, the original host, pulled out) event organisers have referenced the Games as “a crucial part in the recharge and recovery of the region”.

Birmingham 2022 has a sustainability pledge and commitment to be a “carbon neutral” sports event, labelling its focus on addressing social and environmental challenges “far more than a policy” and an “underpinning tenet of how we operate and how we will exist as an organisation”.

A sustainable procurement policy, which assesses suppliers on social and environmental performance as well as their ability to deliver, has also been adopted, and is becoming a core document for major sports events.

Earlier this week, at Paris’ Académie du Climat, organisers of the 2023 Rugby World Cup in France discussed a similar “responsible procurement policy” that falls under the tournament’s “four key engagements”: acting for a sustainable and circular economy; investing in education, training and employment; reducing impact on the environment; and fostering inclusion and accessibility for all.

But for this vision to be realised, sports events need to move on from doing less harm to doing more good, particularly in environmental terms. And this requires innovation in terms of technology, thinking and organising.

At the Host City Conference and Exhibition earlier this month, François Croquette, the head of Climate Department and chief resilience officer for the City of Paris, and Georgina Grenon, Paris 2024’s director of environmental excellence, explained how organising committee and city were working together to accelerate climate action.

Croquette said that the Olympic and Paralympic Games were a “key moment” as the city works through a complex decarbonisation strategy towards carbon neutrality in 2050.

At first glance, it may appear counterintuitive that a major sporting event – particularly one the size of the Olympic and Paralympic Games – can help to reduce the city’s carbon impact. After all, despite an ambitious target of generating half the emissions of the latest editions of the Summer Games, and a concrete carbon reduction and offsetting strategy, an event the size of the Olympic Games is still likely to have an environmental impact, right?

Of course, all major sporting events do. Increased travel from spectators, procured goods and services, potential venue construction – they all contribute to a carbon footprint.

However, Grenon discussed Paris 2024’s work in accelerating sustainable innovation, with the Games acting as a testing ground for low-carbon solutions that could be adopted elsewhere, and by future sporting events – meaning that if all it’s ambitions come to fruition, the event should catalyse more positive impact than negative.

“We’re counting on the Games to be a lever for us to mobilise the ecosystem so that more players, especially in sport, but going beyond that, can take action for climate,” she said.

Energy is one of the main areas in which Paris 2024 is making headway. Earlier this year, The Sustainability Report showcased Pulse, the organising committee’s headquarters that generates much of its electricity from a French wind farm, which is being guaranteed by partner EDF through blockchain technology.

For the Games, venues will have access to the grid rather than relying on temporary infrastructure, with EDF, again, supplying 100% renewables. Indeed, Grenon explained that part of the legacy of the Games was to pave the way for future events to connect to the grid as well.

Perhaps one of the most impactful policies of Paris 2024 is to work to a “carbon budget” as well as financial budget; allocating each department a certain amount of carbon emissions to “spend” with a clear limit.

“We’re monitoring it like a financial budget, checking regularly how we’re doing against our plan. Looking for opportunities to reduce and areas we should pay attention to. Climate has become part of our daily KPIs in which we are monitoring progress.”

The carbon accounting methodology has been designed by Paris 2024 to be open source, meaning that Grenon and her colleagues are enthusiastic about sharing their processes with upcoming Olympics and Paralympics in Milan and Cortina (2026 Winter Games) and LA 2028, as well as other sports events.

Both Games referenced have also carved out a strong sustainability proposition. LA, like Paris, will construct no permanent infrastructure for the Games, while the Milan and Cortina organising committee has pledged to weave the Games’ legacy with local sustainable development goals while achieving carbon neutrality.

But for future sporting events to build on Paris 2024’s innovations, they must also try to move the needle rather than replicating.

Paris 2024 is showing that close alignment with local climate goals, a focus on reducing areas of high impact (construction, energy, travel), and an innovative approach to tackling these challenges is the way to define purpose and values.

Major sports events that go before and follow will have to do the same to truly make the 2020s the decade of purposeful sports events.