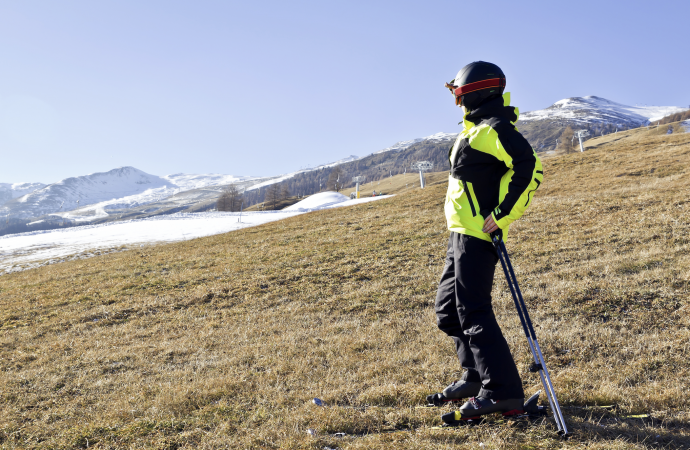 Doubts about our collective efforts to achieve 1.5°c is alarming for the whole industry, prompting action across the board

A thorough and transparent sustainability report is absolutely fundamental for any organisation wanting to display environmental and social leadership. Trouble is, few people will ever pick it up to read it.

Accuracy and verification are of course the most important characteristics of any sustainability report. But if they’re increasingly to be used as a tool to inspire others internally as well as externally, they have to become more engaging in general.

The Aspen Skiing Company, a resort complex in Colorado, may have just found a winning formula.

As well as a detailed snapshot of its greenhouse gas emissions, the organisation has used the front of its sustainability report to encourage its readers to engage in climate action themselves through 10 actionable and detailed tips.

Its crisp design and action-oriented language makes it a compelling document; tips include ‘grasp the nature of your opponent’ – in this case, the fossil fuels industry – ‘get political’ and ‘weaponise your strengths’, referring to potential influence 144 million participants in the US’s outdoor economy could have on policy by working together.

It’s punchy, but it has to be.

The word coming out of COP26 from the scientific community is that although a new text was agreed by world leaders at the last minute, commitments made will not put us on course for the 1.5°c scenario that is believed to mitigate the worst of climate change. And, for the snowsport industry, that is hugely concerning.

A study by renowned sport ecology academic Dr. Madeleine Orr in 2020 about the ‘potential impacts of climate change on baseball and cross-country skiing’ found that, for the latter, IPCC projections for a 1.5°c-plus world are likely to have disruptive and far-reaching impacts for the locations traditionally associated with the sport, and other winter sports.

Central North America, where the Aspen Skiing Company is based, can expect more frequent low snow years by 2065, even if we achieve a warming limit of 1.5°c. Northern Europe, which was projected a 2.1°c increase, will experience faster snowmelt and a 6% increase in precipitation, likely to come “in the form of large snow storms”.

As part of its Sport 2050 campaign, in which the future of sport was explored in a high- and low-emissions world, the BBC visualised research compiled by the University of Waterloo in Canada, which revealed that almost half of the 21 locations that have hosted previous Winter Olympic Games may not be “reliably cold enough” to cost them again by mid-century.

But that’s for the future. Snowsport is already experiencing the negative impacts of climate change, and has been for a while.

In an interview with US political publication, The Hill, US snowboarder Shaun White admitted his “helplessness” at rising temperatures, and how they are limiting snowsport activity for recreational and elite athletes.

“I’ve witnessed basically dry spells in the mountains where there’s just no snow and there are tonnes of snow somewhere else that normally doesn’t get that much snow,” he said. “And so our seasons have been pushed. Usually, by November, we’d be covered in snow in the United States but it’s just dry right now.

“It’s very concerning and is something that I’m very aware of because I’m a professional snowboarder. I guess climate change, for me, makes me feel very helpless.”

There’s no coincidence that some of the most prominent athlete climate activists are winter sport competitors. Chris Mazdzer, who won a silver medal for the US in luge at the 2018 Games in PyeongChang, is an IOC Sustainability Ambassador, and Seyi Smith, part of the Canadian bobsleigh team at the same Winter Olympics, have been vocal advocates, as are the dozens of athletes affiliated with nonprofit Protect Our Winters.

International federations and umbrella organisations are increasingly stepping up to the plate. The International Biathlon Union has been among the leaders in bringing climate action to the fore in snowsport. Last October, it published its first sustainability policy articulating the ambition to be a climate neutral organisation by 2030 (and climate positive by 2034) by reducing its carbon footprint by 4.5% annually.

“Sustainability is an increasingly important and relevant issue in sports – and no sport is more affected by climate change than biathlon,” said IBU president Olle Dahlin when the policy was first revealed. “The IBU must take a strong stance on becoming an increasingly sustainable and environmentally-friendly sport, becoming a thought leader among International Federations.”

Since the election of Johan Eliasch as its president in mid-2021, the International Ski Federation (FIS), the largest and most influencial winter International Federation, has stepped up its rhetoric about taking appropriate climate action to safeguard its sports – a much-needed move following unfortunate comments made by Eliasch’s predecessor, the late Gian Franco Kasper, about “so-called” climate change on the eve of the FIS Alpine World Ski Championships in 2019.

Indeed, climate action formed a key pillar of Eliash’s presidential manifesto; minimising travel to reduce carbon emissions was one of his key pledges, as was the commitment to create an ESG Committee to “review our commitments and environmental concerns”.

The Swedish/British billionaire, whose candidature was endorsed by United States special presidential envoy for climate, John Kerry, appears to be making good on some of those commitments already. Earlier this month, FIS became a signatory to the UNFCCC’s Race to Zero Campaign, pledging to become net zero by 2040, alongside just under 50 other sporting organisations including the IBU.

Eliasch revealed his ambition to go a step further and position FIS as the “first climate positive” winter sport by investing in emission reduction projects that go beyond the emissions generated by the organisation. FIS will do this through investments in rainforest conservation projects in partnership with Cool Earth, which also arranges the offsetting projects for Head, the sportswear company that Eliasch serves as chairman.

Additionally, FIS will support event organisers measure their own carbon footprint and help them reduce emissions through a “practical toolkit”, as well as taking on the potentially complex task of “optimising competition calendars” and arranging training opportunities “in closer proximity”.

“This will take time and it will take commitment from every FIS stakeholder,” Eliasch wrote in a post-COP26 blog. “But I am positive we will be able to live up to our promise to reduce our FIS organisation’s carbon emissions in half by 2030, as well as helping the larger FIS Family achieve the same.”

Ahead of the FIS presidential election, Mario Molina, executive director at Protect Our Winters, said that no issue was more pressing to address that “meaningful, systematic action” on climate change, and that the “entire future of winter sports” depends on the leadership action taken by leading snowsport federations.

Protect Our Winters is among the most vocal and significant athlete-facing organisations involved in climate activism, with a sharp focus on influencing policy and lobbying against fossil fuel companies and other carbon-heavy industries.

The European chapter of the nonprofit has established a campaign with the striking name ‘Divest the Dirt’, encouraging its community of outdoor enthusiasts to contact their bank to find out where their money is being invested, and if money in their accounts are “fueling climate change” through fossil fuel financing.

“If we can get our community and industry aware, educated and empowered to act on these issues then we can squeeze it on the policy,” Lauren MacCallum, general manager of Protect Our Winters UK, told BBC Sport. “I guess why we see that being an effective model is, if you go and speak to ministers and it’s just the same climate voices all the time, it becomes easier to ignore every single time.”

Ultimately, the future of snowsport is tied to our collective efforts to achieve 1.5°c more than perhaps any other sport. The whole community – from private resorts, International Federations, athletes, fans, and outdoor enthusiasts – needs to have a rocksteady focus on hitting that achievement through operational reductions, new thinking, changes in mindset and habits, and lobbying in the face of opposition and accusations of hypocrisy.

“The notion that a business like ours that has a large carbon footprint and operates luxury hotels can’t speak out on climate is precisely what the fossil fuel industry wants the public to believe,” is a passage written in the Aspen Skiing Company’s sustainability report.

“The answer is that all of us are obligated to advocate, to lobby, to protest, and to actually implement fixes to the larger system that decarbonise the whole enchilada.”