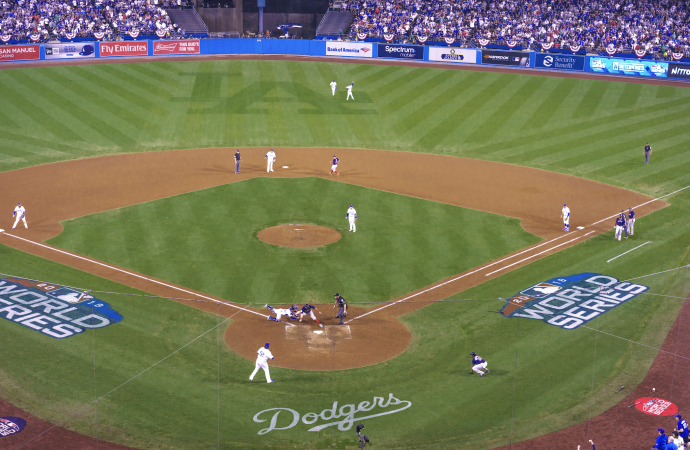 Today, the Houston Astros and Atlanta Braves will face off in the first game of the 2021 World Series.

It may take seven games to determine the best team in Major League Baseball, but the race for opportunities in carbon emissions reduction has already been determined.

The production of electricity comprises nearly 25% of emissions, the majority of which powers buildings and industry. The transition to renewable energy is a high-impact opportunity to meaningfully reduce emissions for years to come.

Major companies are committing to sourcing 100% of their energy needs from renewable sources, leveraging their standing as large organisations increase the development of new wind and solar plants.

Who would come out on top of the impact standings if the teams in the MLB playoffs did the same? Just like in baseball stats, there’s more than one way to cut it.

Working together with WattTime, a clean energy nonprofit, Recipric has developed a hypothetical standing to see which team would have the most impact if they all decided to produce renewable energy – and where that impact would come from.

If we rank playoff teams by the impact they would have by offsetting 100% of their annual energy use through local solar projects, teams located in cities with more fossil fuel-based sources of electricity – like Milwaukee and St. Louis, for example – would be close to the top as they’re helping to clean up their grid and building capacity locally.

However, teams in San Francisco and Boston have a much smaller impact from local projects because the grid in those cities already have a high share of clean energy. By investing in local renewable energy, the teams at the top of the standings will have a huge impact on overall carbon emissions reduction.

Local renewable energy procurement isn’t the only way. Teams located in already cleaner grids could increase the impact of their energy purchases by as much as 235% by purchasing clean energy in a dirtier grid. Essentially, this gets them more bang for their buck, using a process known as “emissionality”.

This is the process of selecting renewable projects based on their avoided emissions, regardless of whether they are local to the purchaser. The difference in impact comes from the study of which power plants will turn off when a new solar panel or wind turbine is installed – clearly, a solar panel built in solar-heavy California will have a much different impact than a wind turbine in coal-heavy Wisconsin, even though they produce the same amount of energy.

As clubs assess the right approach to decarbonise, they should weigh their interests and priorities. Even if the emissionality assessment shows that the most carbon emissions reduction impact would be to invest in renewable energy in a different grid, clubs may choose to utilise a local solar project for reasons aligned to community engagement and local investments.

This cost-benefit analysis may be especially relevant to the organisations in the middle of the standings, where a local or non-local investment has relatively the same carbon emissions impact.

Most critically, there is no ‘right’ or ‘wrong’ approach to weighing these options. The most important step is to embrace the transition to renewable energy in general. While analysing analytics will help identify the best ‘bang for your buck’, making the decision to transition away from dirty electricity is the most critical – and likely relatively low-cost – step of this process.