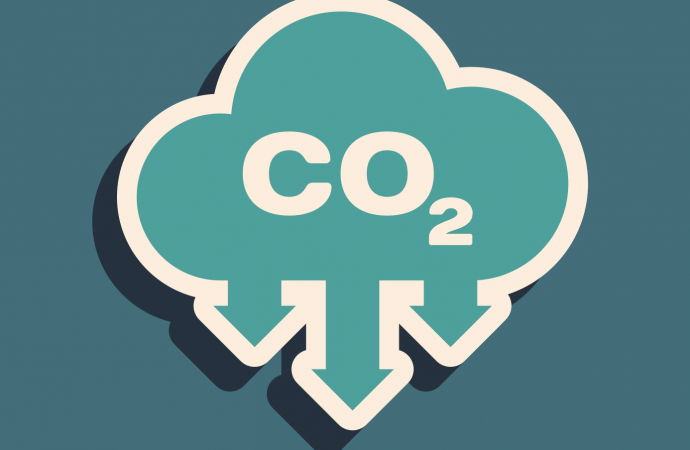 “We must halve emissions by 2030 and achieve net zero emissions in the 2040s,” Patricia Espinosa told the Sport Positive Summit through her keynote address last month. “The sports industry can achieve this before then – I’m absolutely confident.”

In doing so, the UNFCCC executive secretary threw down the gauntlet to the sector.

Commit to the UNFCCC Sports for Climate Action Framework – the mechanism devised to reduce the collective carbon footprint of the sports industry – and get on the “pathway aligned with limiting global temperature rise” to 1.5℃, was her pitch.

And while 269 sports organisations around the globe have made the pledge and signed the framework at time of writing, a huge swathe of the industry hasn’t committed to net zero, at least publically.

But what is net zero, and how can sport get there as an industry?

According to an IPCC definition, net zero carbon emissions is achieved when “anthropogenic (man-made) greenhouse gas emissions are balanced globally by anthropogenic removals over a specific period”. It can also be termed  ‘carbon neutral’.

However, the term net zero is not without controversy. Renowned climate activist Greta Thunberg famously derided the term, claiming that nations and corporations should be aiming for “real zero” and to forget about “planting trees”.

Indeed, Thunberg’s comments build on a number of critiques of the net zero system: that the time horizons referenced by most organisations (2030 or even 2050) are too distant and betray the real sense of urgency; that cash-rich organisations can throw money at offsets without making any meaningful carbon reductions; even that the word ‘net’ is unhelpful.

But as long as athletes and spectators travel to compete in and attend sporting events, venues are built and upgraded, and merchandise is produced and sold alongside food and beverage offerings, the sports sector will always have a carbon footprint. While net zero may have its flaws, it’s what the world is working towards currently.

So the question really is: how can sports organisations set a ‘credible’ net zero target that is pragmatic, but also helps to achieve the goals of the Paris Climate Agreement?

Pallé said that after making significant reductions in its carbon footprint, the organisation felt it was now in a position to balance its unavoidable emissions through Gold Standard or CDN credits with “environmental and social impact”.

The electric car racing series counts all scope 1, 2 and 3 emissions within its assessment. It’s scope 3 (or indirect) emissions accounted for 95% of its carbon footprint over the course of season six, with spectator travel and food and beverage accounting for a proportion. However, air freight was referenced by Pallé as Formula E’s greatest source of emissions (71%) – a challenge she is working to address with freight supplier DHL.

“We have been working with them on a sustainable freight roadmap, which has been an integral part of our science-based targets submission,” Pallé explained, adding that Formula E is working towards a 45% reduction in emissions by 2030.

She added that being able to factor scope 3 emissions accurately is hugely important when it comes to achieving reduction targets with a view to becoming net zero. DHL, Pallé said, is also able to work towards its own climate targets by using Formula E as a testing ground for “innovative solutions, sustainable fuels, and alternative forms of transport”.

Despite having a comparatively short lead time of four years to deliver the Commonwealth Games 2022, Reid stressed that finding out and mitigating the “likely carbon impact” of the Games was a high priority. The organising committee has pledged to make the edition in Birmingham the “most sustainable” Commonwealth Games in history, with a net zero pledge.

Like Pallé, Reid pointed out how important it is to have suppliers on side to reach that goal. Like Formula E, the Birmingham Commonwealth Games organising committee is measuring its scope 1, 2 and 3 greenhouse gas emissions. However, unlike Formula E, the “fixed-life” nature of the event means that there is no previous data to go on to set a baseline, so previous Commonwealth and Olympic Games were analysed to get a “strong idea” of the likely level of carbon emissions generated by the event and its preparations.

As well as working with the “60 functional areas” in the organisation to reduce carbon impact in every aspect of the Games, Reid explained that its procurement code was designed to “attach social and environmental commitments”, with a “direct incentive” for suppliers to make bigger commitments in these areas.

Reid added that there were a “small number of suppliers” who could help the Games “move the dial” most – such as energy, transport, and food and beverage suppliers – which is where a lot of the focus is being placed.

To reach net zero, the unavoidable emissions from the Games will be offset through a reforestation project in partnership with Severn Trent Water, in which 2,022 acres of forest will be planted and maintained across the Midlands region of the UK.

Since 2012, German Bundesliga club VfL Wolfsburg has been measuring and setting targets to reduce its scope 1 and 2 emissions. But to hit net zero by 2025, the 2009/10 champion has added scope 3 – including fan travel – to its reduction responsibilities.

Briskorn told delegates that the club is aiming to reduce emissions in all three scopes by 55% (compared with the 2017/18 season) before 2030, with a yearly reduction target of 6.45%, in line with science-based targets, which brings organisations’ carbon reduction plans in line with the global ambition to limit global warming to 1.5℃ above pre-industrial levels.

According to Briskorn, around 60% of VfL Wolfsburg’s carbon impact comes from fans travelling to home and away games. To reduce that impact, the club has installed e-charging infrastructure for electric cars at the stadium, and has also extensively surveyed fans to map their matchday travel movements with a view to creating new offers and incentive systems to use less carbon intensive transportation.

It is crucial, he said, that sports professionals attempting to embark on the journey demonstrate the business case of net zero. He implied that the club was able to engage sponsors more easily, as well as reducing costs.

But more than that, sport needs to recognise the impact of achieving (or not achieving) the limit of 1.5℃, and how it will shape the industry and everything around it. A study by Carbon Intelligence demonstrated the significant difference in impact of a 1.5℃ world compared with a 2℃ world. If we achieve the former, global GDP will reduce by 8% compared with 13%, while the difference between freshwater loss (9% vs 17%) and the length of heatwaves (1.1 months vs 1.5 months) is bound to have a material negative impact on sport.

Aiming for net zero should be a target for all sports organisations but, as demonstrated by Pallé, Reid and Briskorn, doing so without earmarking concrete reduction objectives (and strategies to achieve those objectives) over the forthcoming years is akin to taking a shot from a difficult angle instead of passing to a teammate in a better position – you’re more likely to miss the target and a big opportunity.

The common thread between all their stories is that there is a concerted effort to reduce emissions, with offsetting referenced as a final resort. To be able to replicate this, other sports organisations will have to get serious and creative, particularly when it comes to scope 3 emissions.

While Formula E is attempting to support the global move towards net zero through the promotion and adoption of electric vehicles, Formula 1 is trying to bridge the gap with the development of “sustainable fuels” with its partner ARAMCO. From 2022, fuel for the cars will be 90% fossil fuel, 10% ethanol – but F1 expects to use “100% renewable fuel” by the middle of the decade.

Although the racing aspect of F1 only accounts for a small proportion of its carbon impact (like Formula E, freight is where the majority of its impact comes from), the competition hopes the more sustainable mobility innovation it’s working on can be rolled out in wider society, creating benefits well beyond the sport.

Reducing the impact of logistics is also part of SailGP’s net zero roadmap. The fledgling catamaran racing brand – now in its second season – has the ambition of becoming carbon neutral by 2025 and, alongside logistics partner Kuehne+Nagel, is reducing the carbon impact of its freight through “industry-leading” shipping methods and alternative fuels.

SailGP has also partnered with the Carbon Disclosure Project (CDP) in recent weeks, becoming the “first sports organisation” to commit to disclosing environmental data to the organisation’s database of organisations in 2022. To accelerate net zero commitments and carbon reduction within its network, SailGP is aiming to encourage 1,000 companies to convert to renewable energy and 50 host cities to disclose to CDP by its sixth season (2025/26).

Commenting on the partnership, CDP global director of corporations and supply chains, Dexter Galvin, said that while the transition to “bring us in line with a 1.5℃ future isn’t happening fast enough”, the first partnership between the sports industry and environmental disclosure is coming at a “pivotal time”.

Getting to net zero will be a challenge for most sports organisations – but it shouldn’t be a challenge it shys away from. While the complexities of reducing scope 3 emissions remain, Susie Tomson, SailGP’s sustainability director and moderator of the panel, rightly acknowledged that scope 3 for sport was scope 1 and 2 for its partners and suppliers.

And Formula E, the Birmingham 2022 Commonwealth Games, VfL Wolfsburg, Formula 1, and SailGP are demonstrating that through partnerships, creativity and effort, sport’s pathway to net zero is a little clearer. Hopefully Espinosa’s confidence will be vindicated.