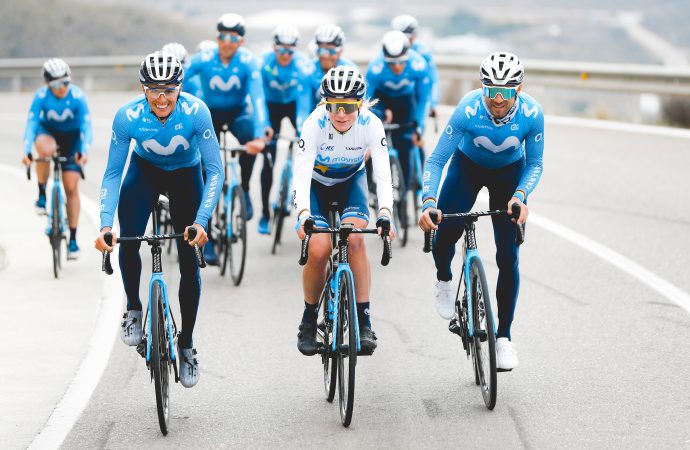 Dr. Madeleine Orr of the Sport Ecology Group explores the sustainability commitments of notable Olympic sports ahead of Tokyo 2020, starting with cycling, archery and equestrian

The beauty of the Olympic and Paralympic Games is the breadth and diversity of their events, but one area of commonality among many of the sports on show at the Tokyo 2020 Summer Games is a greater focus on environmental sustainability.

Over the next few weeks, The Sustainability Report will explore some of the recent work and initiatives of the international sports federations being represented. In this edition, we’re focusing on cycling (UCI), archery (World Archery) and equestrian (FEI).

As part of celebrations for the most recent World Bicycle Day (3 June 2021), the UCI revealed a number of sustainability commitments under the overriding ambition to promote cycling as a means of decarbonising transport, improving air quality and helping to prevent premature death related to inactivity.

From an environmental point of view, perhaps the most notable of the commitments is an alignment with science-based climate targets (the agreed upon trajectory for net zero outlined in the Paris Climate Agreement). As part of that pledge, the UCI expects to be carbon neutral by 2030, while reducing its absolute global carbon emissions by 45% over the same period.

The UNFCCC Sports for Climate Action Framework signatory has also produced a 90-page sustainability guidelines document to help national federations, event organisers, teams and other cycling stakeholders adopt similar policies. The document outlines UCI’s broad targets, several of the main sustainability frameworks and standards, including ISO 20121 and the UN Sustainable Development Goals, and provides information on tools and resources they can use as they go through the journey.

Other notable commitments made by the UCI include the development of a sustainable sourcing strategy to help national federations and event organisers further, and a diversity and inclusion strategy to increase minority representation across all levels of cycling and improve governance.

Education is another key pillar for the UCI as it tries to transform cycling into “one of the most sustainable sports in the world”. As part of this vision, the federation is preparing Sustainability Overviews and Climate Action Workshops for its key stakeholders.

In September 2020, amid ever-shifting targets for safe event hosting in a post-pandemic world, World Archery signed the UNFCCC Sports for Climate Action Framework. The commitment was intended to solidify their ongoing environmental sustainability work and was complemented by the internal goal to reduce or offset emissions by at least 10% per year and the formation of a new committee tasked with assessing progress toward the goal

In a press release, Tom Dielen, secretary general of World Archery, highlighted the decision was made to become a signatory because archery is “a sport best enjoyed in the great outdoors and it is all of our responsibilities to ensure the environment remains secure for generations to come.”

The ethos of sustainability is not new to the federation, which opened the World Archery Excellence Centre in Lausanne in 2016 – a highly efficient building. Powered by 569 solar panels on the roof and heated and cooled by 19 geothermal walls, the building’s environmental footprint and operating costs are low. To help the building blend into its surroundings and facilitate biodiversity preservation on site, the external façade was constructed using wood lamellas and the building boasts a green roof surrounding the solar panels.

At its World Cup event sites in 2017, 2018 and 2019, World Archery championed a plastic water bottle reduction program which saw athletes, staff, volunteers and spectators sporting reusable water bottles and refill stations. Participants also had access to plastic water bottles through a simple program which distributed two deposit chips to each person during the accreditation process, which they could exchange for two plastic bottles at three different water stations. When the bottles were done, participants could only get a new plastic bottle if they returned their empty one, resulting in a near 100% recycling rate on site.

In 2020 and 2021, the latest sustainability project, which also boasts significant cost reduction benefits, was a move to remote production for television coverage of World Archery events. The travelling broadcast crew was reduced from twelve to two, with the rest of the crew operating a remote centralised production center. Local suppliers supplement the rest of the on-site needs.

Lower carbon emissions and lower costs are once again the twin benefits of World Archery’s approach. With the remote production change, a third benefit was also identified: the organization can cover more events at once, and support local broadcasting outlets with better feeds to grow the visibility of the sport.

Dielen noted of the change: “I see many advantages because we save a lot on bringing people on site, so we have less trips, we also ship a lot less equipment or we hire it locally, therefore it allows us to be much more environmentally friendly, more sustainable, and at the same time, increase the quality of the product.”

Another signatory to the UNFCCC Sports for Climate Action Framework, the FEI has often taken an innovative approach to sustainability. The federation was an early producer of a sustainability handbook for event organisers, which it has since updated to comply with GRI Standards.

A project for the FEI Jumping World Cup in Helsinki in 2020, in which 100 tonnes horse manure was used to provide electrical power for the event (courtesy of partner Fortum), also caught the eye.

The FEI has a strong track record of involving its partners in sustainability projects. In 2019, the federation partnered with Rabobank – a financial institution specialising in agriculture – to showcase more sustainable food options through a Brasserie 2050 initiative at the 2019 European Championships in Rotterdam.

An opportunity to showcase its sustainability credentials in Tokyo was presented to the FEI when it came to the choice of venue. While the original proposal included the construction of a temporary venue in Tokyo’s Bay Area, the organisation opted to stage its events in the Baji Koen venue built for the 1964 Summer Games in the Japanese capital.

The FEI is also one of a handful of international federations to receive two IOC and Dow Carbon Action awards, which recognises sustainability within the Olympic Movement.

“Sustainability is central to good governance and is a part of a solid business strategy in sport,” she added. “The FEI plays a key role in motivating our stakeholders to focus on sustainability and the environment and it is only through our collective efforts that we can generate innovative green practices to reduce negative environmental impacts.”