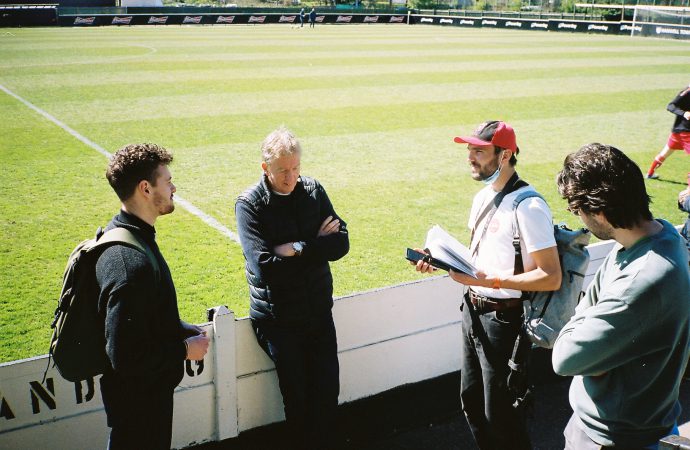 Football has always been in my blood. From the terraces of Basingstoke Town FC, where I used to be a season ticket holder, to becoming co-founder of the Burnley FC supporters’ group in London, the beautiful game has always had a significant place in my life.

But my profession and my life’s work is to make the world a more sustainable, equitable place. I studied Environmental Management at university before joining the sustainability team at Heathrow Airport, eventually leading its Heathrow 2.0 sustainability strategy.

Last year, I decided to marry both passions up by launching Sustainable Football. I was enthused by the way football managed to capture the imagination around the Black Lives Matter movement, and how Marcus Rashford mobilised the UK government around social justice.

The leadership of Forest Green Rovers inspired me too. And while there are pockets of good activity around football and environmental sustainability, I recognised an absence of something more comprehensive.

My mission is to change that, and my journey started with a review of sustainability across the football industry, talking to a range of clubs to discover what they were doing and comparing against other sectors. I also took the opportunity to write articles like ‘How to become a net zero football club’ to get a more meaningful conversation started.

That led me to the door of Nigel Hunt, the chief executive of Hanwell Town FC in the Isthmian South Central Division (the seventh tier of English football), who explained the club’s sustainability ambitions, with energy efficiency projects at the forefront of its thinking.

We quickly agreed that I would take on the voluntary role of chief sustainability officer – one of the first, if not the first, in football.

Our first move was to sign the club up to the UNFCCC’s Sports for Climate Action Framework, making Hanwell Town FC the second London-based football team (after Arsenal) to adopt its principles. That was the catalyst to major action, and earlier this year, on Earth Day, we launched our first environmental sustainability strategy, Green Geordies (the club’s nickname comes from its affiliation with Newcastle United FC).

We were overwhelmed by the attention it received; we were supported by local partners, Powerday and the Middlesex FA, and our work was featured on the BBC’s and Sky’s channels.

But the most important aspect is what is inside that document. We’ve become the first English football club to make a net zero carbon commitment by 2030, and we’ve pledged to becoming a circular football club, eliminating single-use plastics and sending zero waste to landfill by 2023. Hanwell Town FC will become a ‘nature-friendly’ football club, with a big focus on improving biodiversity around our sites.

The new season is around the corner, and the hard work starts now. It will be a special and challenging season. Hanwell Town will be joined in the league by Basingstoke Town FC, so a special return beckons for me. We’ll also be playing Guernsey FC (located on one of the Channel Islands) at some point during the campaign, which poses a unique travel challenge for a non-league club.

Our key message is: if a non-league club can make this type of commitment, then any club can. No matter how big or small, every club can have a chief sustainability officer and ambitious strategy.