‘Climate change forced me to retire from sport’ 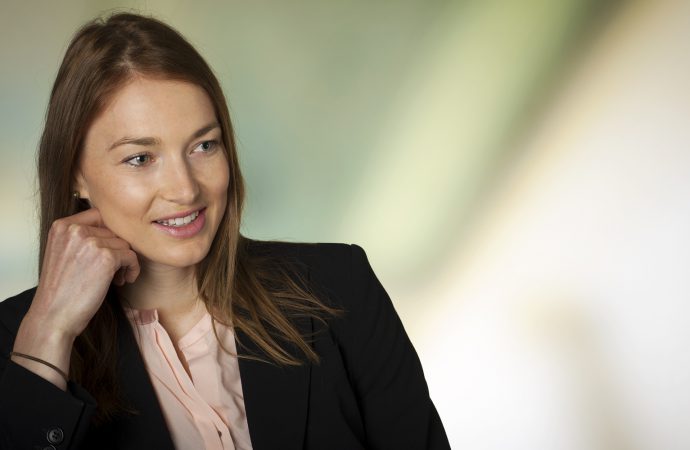 The match was over, and as she walked from the venue to the parking lot in the searing heat there was no inkling that Amy Steel had just seen out the last game of netball she was ever going to play. Although between fierce rivals in Adelaide and Melbourne, an exhibition was hardly the setting for a top international player to make her final bow. But during that short stroll her legs gave way, and a bright young sporting career was extinguished in the blink of an eye.

It was only during the post-match ice bath that Steel began to feel that something wasn’t right but, putting that down to tiredness after unexpectedly playing a full match, she continued her routine in the usual fashion.

Even when she regained consciousness following her heat stroke-related collapse, there was nothing to suggest that she wouldn’t be back on the court for the team’s next match. But that’s when it all began to “unravel”, says Steel, who would experience an arduous and ultimately traumatic few months trying to get back to peak physical condition without success.

“No doctor actually said to me, ‘look, this is it. This is the end of your career.’ And because of that I always just held onto this hope that I was going to get better, but I just didn’t,” Steel tells The Sustainability Report. “Then a week became a month, a month became a couple of months, a couple of months became a year. I’d gotten to the stage where I could hardly get out of bed.”

Eventually, Steel discovered that permanent damage was done as a consequence of the heat stroke and, despite now living a normal life, exercise that is even marginally intense is not possible almost five years after the incident occurred.

Retracing her steps throughout the day, it’s clear to see a number of factors conspired against her: the temperature that day surged to a scalding 39°C (102°F). Steel spent a significant amount of time out in the sun signing autographs and taking photographs before and after the match. Air conditioning problems in the venue made players feel like they were “walking into a hot yoga studio”. And, unlike most of her teammates, Steel played the whole hour-long match in goal defence – ”statistically, the most physically intense position on the court”.

Ultimately, the former Australian international places her career-ending experience firmly on the shoulders of climate change, as well as sport’s inability to protect athletes from the most extreme weather conditions. The duty of care sports have for athletes doesn’t generally extend to climate-related risks, she explains. For indoor sports like netball, the level of disconnect between the sport and environment is “really strong”.

There are a couple of fundamental issues that sport needs to address to mitigate climate risk for competing athletes. One is to put science at the heart of decisions about player welfare. How hot is too hot? How humid is too humid? In Steel’s native land, the Australian Football League, Cricket Australia and the Australian Open tennis tournament have devised extreme heat policies in recent years. Steel is also working with the group of organisations to create something “meaningful and actionable” for sports clubs.

Perhaps the biggest barrier to overcome is the need to challenge one of sport’s biggest perceived strengths – the fortitude and never-give-in attitude of its athletes.

If Steel had told her coach that she didn’t want to continue at half-time, it’s feasible to imagine that she may never have collapsed and her physical health would have remained intact. But she argues that doing so may have also cut short her career prematurely.

“Putting forward a vulnerability to your coach and teammates, and telling them you don’t feel safe, wouldn’t be very well received, you know,” she acknowledges. “If you ask to get taken off because you’re a bit tired? I mean just imagine it. It would be the end of your career. People would tell you, ‘you need to toughen up. This isn’t the amateurs, you’re a professional athlete.’ It didn’t even cross my mind to have that discussion.”

Governing bodies, clubs, and any other organisations that are responsible for athlete wellbeing have a duty to learn about climate-related risks and educate athletes. Throughout the course of that fateful day, Steel admits there was no “cognitive process” that allowed her to weigh up the costs and benefits of playing a full game and trying her hardest versus pacing herself or sitting the game out completely.

“If I could go back in time, it would be really interesting to have the knowledge that I have now,” says Steel, who has since transitioned to a position with Deloitte as senior sustainability and climate change manager. “How could I have done things differently that day? And would I have been able to put in place more preventative precautions to equip myself and my teammates so they’re not exposed to those levels of risk?”

Retiring from elite sport is often an extremely painful chapter in a professional athlete’s life. Being forced to retire following a period smattered with false hope was a “traumatic” experience for Steel, who played netball for as long as she can remember.

But being impacted directly by the extreme heat caused by climate change has fixed her focus on contributing to the solution. Through her work with Deloitte, Steel is working with some of Australia’s largest greenhouse gas emitters to help them decarbonise “as rapidly as possible”. Her approach is a pragmatic one; that to create the change needed to halt the acceleration of climate change, it’s important to collaborate with companies in the oil and gas industry instead of “blacklisting” them.

Steel’s view of the sports industry is similar. Condemning teams, leagues and federations for not having the adequate protocols in place to protect athletes from the worst of climate change is not productive. There needs to be dialogue, strategy and collective progress.

And while it was initially “really difficult” for Steel to get back into sport following her life-changing ordeal, she is determined to take up advocacy roles – with the Sports Environment Alliance and US-based non-profit EcoAthletes – to make sure no athlete has to go through what she did again.

“I can reflect on it all now,” she says. “Maybe what happened to me happened for a reason. I need that to have a purpose; to create positive change that stops this from happening to future generations of young athletes. And not just professional athletes but at grassroots level, where there is a lot more vulnerability.”