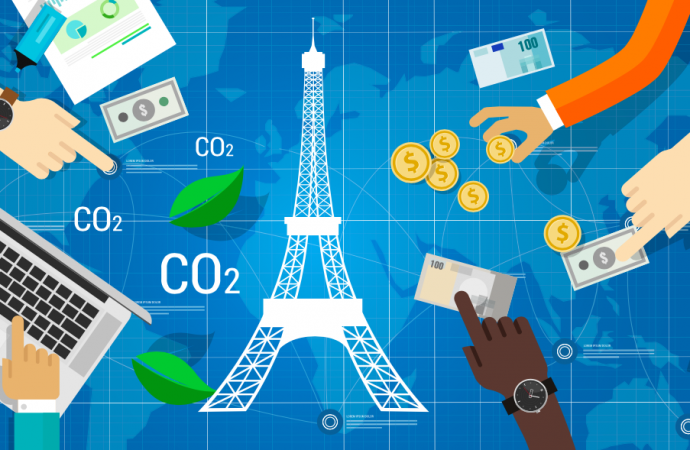 While it’s customary to take stock of the preceding 12 months at this time of year, people could be forgiven for skipping that part entirely and setting their sights firmly on the future.

The year 2020 has been relentless and forgettable. But if it has taught us anything it’s that we should be steadfast in our trust of science. We must continue to make decisions – personal and professional – using reliable evidence, despite the fact that science, and proponents of it, continue to be attacked.

It’s encouraging to see major sports organisations are starting to feel the same way about climate change. Science has always been a friend of sport; scientific discoveries and research have helped to improve the health and performance of sport’s most important asset – the athlete.

Now we’re seeing this evidence-based approach to climate change being adopted by those organisations who understand that the environment is just as big an asset to sport as the people who compete in it. Indeed, it’s even more crucial to its future health.

Just ahead of the festive season, and two years since the UNFCCC unveiled the Sports for Climate Action Framework, both UEFA (the European football governing body) and the FIA (the international federation for motorsport) revealed that they were incorporating a science-based targets approach to climate action.

“What are science-based targets?” I hear you ask. According to the organisation Science Based Targets (a partnership between CDP, the UN Global Compact, World Resources Institute, and the WWF), they provide a “clearly-defined pathway” for companies to reduce their greenhouse gas emissions that “help prevent the worst impacts of climate change”.

In other words, it is total alignment with the Paris Climate Agreement – which recently celebrated (for want of a better word) its fifth anniversary – and setting organisational emission reduction targets to pursue global warming of less than 2°c.

Science-based targets are a significant step for any organisation. They embed concrete and evolving sustainability targets within a company’s core operations. In theory, that means reduction objectives and operations remain intact even if leadership changes or strategic priorities alter.

Establishing science-based targets is part of a “hat-trick of climate goals” outlined by UEFA president Aleksander Čeferin earlier this month. The other two are to host a “climate-friendly” European Championships in Germany in 2024 and to run a three-year advertising campaign highlighting the European Union’s proposed Green Deal.

The latter element of the tripartite is potentially the most interesting one. By giving its backing to the EU Green Deal, UEFA is getting behind a potentially transformative piece of continental policy that will not only shift Europe’s approach to the environment, but also the economy. The policy’s main objectives are to put Europe onto the path of net zero carbon emissions by 2050, decouple economic growth from resource use, and to leave no person or place left behind. But much of the detail is still to be thrashed out.

Accompanying the FIA’s own science-based targets announcement was the welcome news that its technical department has developed a “100% sustainable fuel” for F1 using second generation biofuel. More detail about the contents of this fuel and its carbon impact once used will be scrutinised further, but there’s no doubt that progress is being made and that motorsport is beginning to take climate change seriously.

Formula E, of course, has adopted science-based targets for a while now, but the FIA’s commitment to follow suit and become net zero carbon by 2030 is a welcome objective for motorsport and its stakeholders more widely.

There are several other reasons to be cheerful as we transition into 2021: Extreme E, the electric off-road racing competition, will begin. The UNFCCC’s Sports for Climate Action Framework now has 175 sports organisations as signatories of all sizes, with recent adopters ranging from Arsenal Football Club to Shoreham Football Club, and from the BBC to the World Minigolf Sport Federation.

Athlete activists are becoming more vocal and more high-profile. The plaudits received by F1 driver Lewis Hamilton and Manchester United footballer Marcus Rashford, for their stands against climate change and social injustice respectively, will hopefully encourage others to follow suit.

International and national media outlets, such as Sky Sports, ESPN and The Guardian, are showcasing the link between the climate crisis and sporting disruption, bringing the topic into the homes of ordinary people in a language they understand.

And high-profile sustainability partnerships, such as the naming rights deals for The Climate Pledge Arena and The Ball Arena, have put commercial deals of this type on the table in a meaningful way. Let’s hope there’s more to come next year.

All in all, it has been a pretty disastrous year for many. But I have enjoyed many parts of 2020.

Personal highlights include attending the Global Sports Week in Paris in February, Sport Positive Summit in October, and the IF Sustainability Forum a month later, and seeing the strength of feeling around climate change and social justice permeate through the sports industry. The Sustainability Report has enjoyed being involved in some wonderful partnerships with Dow Olympic & Sports Solutions and GAISF. And, through our articles and podcast (which hit 52 episodes), I’ve spoken to some wonderful, inspiring people, too many to mention and many of whom I now count as friends.

I look forward to seeing you all again in 2021 – hopefully, some of you in person. Until then, I wish you a Merry Christmas and a Happy (and sustainable) New Year.