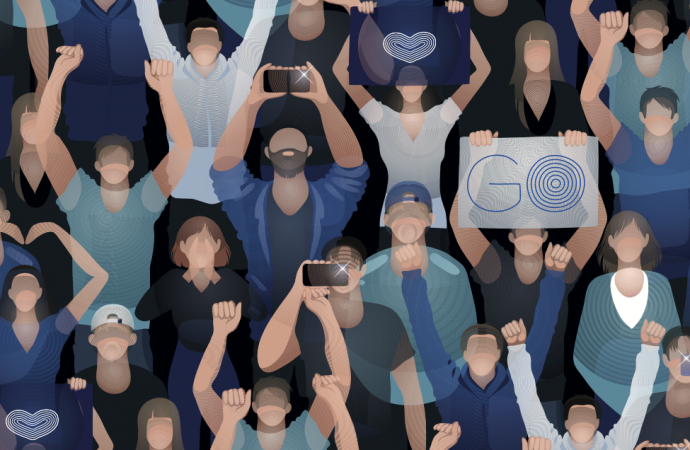 Collaboration, authenticity and addressing the values of young people will enable sport to ‘build back better’ after the pandemic, say Sport Positive Summit speakers

Does sport have the ability, as a sector, to grind out positive outcomes from an otherwise disastrous period instigated by the pandemic? Can it transform entirely and come back a stronger, more robust, more responsible and more inclusive industry?

It’s a question that has been occupying the thoughts of many involved in sport since the pandemic began, forcing those working for clubs, federations and leagues to reappraise what they are doing and, hopefully, address some of the structural issues that have pre-dated Covid-19 by some time.

If there was one overriding theme from the inaugural Sport Positive Summit (hosted in early October) it’s that all of the above are linked intrinsically – and will continue to be.

Indeed, grinding out a few positive outcomes is a pretty underwhelming objective and the consensus from those who took part in the summit was that transformation is the word of the day.

Change, of course, comes easy to no one. Particularly to an industry that has, rightly or wrongly, been pigeonholed as quite a conservative one. But, as going back to business as usual is not an option, sport has an opportunity to build a steady foundation for its future instead of papering over the cracks.

“In the midst of these challenges there is a window of opportunity and of hope to radically reshape the way we are doing things,” said Lindita Xhaferi Salihu, sector engagement for the UNFCCC and one of the leading actors in the development of the Sports for Climate Action Framework.

“Especially when we talk about sports – to radically reshape 21st century sports in ways that are green, that are more just, more inclusive, that are healthier, and more climate resilient.”

It’s a wonderful vision – but it will take a lot of work to put it into practice. As far as “climate resilient” goes, the framework developed by the UNFCCC has given sports organisations a practical guide they can use as a reference point.

The Sports for Climate Action Framework’s five principles – undertaking systematic effort to promote greater environmental responsibility, reducing overall climate impact, educating for climate action, promoting sustainable and responsible consumption, and advocating for climate action through communication – can be adopted, to some extent, by sports organisations of any scope. However, there’s a lot of variation among the close-to-160 signatories with regards to where they are on the journey and the resources they have.

Collaboration, then, was cited many times throughout the summit as the key to the overall decarbonisation of the sports industry. Signatories to the framework meet regularly to discuss various aspects of the principles and to share best practice, and convened formally during the Sport Positive Summit.

Xhaferi Salihu acknowledged that fostering collaboration among organisations that would, in normal circumstances, view each other as competitors could prove a challenge, but commented that the greater shared mission has energised signatories and provided a solid and safe foundation for working together.

The way that the Olympic Movement mobilised to reschedule the Tokyo 2020 Summer Olympic and Paralympic Games in light of the pandemic proved that “collaboration on a massive scale” is possible, said Julie Duffus, the International Olympic Committee’s Olympic Movement senior sustainability manager.

“I’ve never seen collaboration on such a scale at such short notice, so I know humans can do this,” she explained. “I know sport is based on competition. But if we’re going to combat climate change we’ve got to collaborate together on every level.”

Omar Mitchell, the National Hockey League’s vice-president of sustainable infrastructure and growth initiatives, agreed that “collaboration is key” for the league’s environmental, social justice, and diversity, equality and inclusion efforts to be successful.

“In North America, in particular, we had three major crises happening at the same time, with the health crisis from Covid, the economic depression and recession that came from that, and then a social justice reckoning with the killing of George Floyd. And that really created a perfect storm around what the role of sport is to address some of these major issues,” Mitchell said.

“At the NHL, what we have really driven home is the point that all of these challenges are connected. Environmental, social, economic sustainability are critical to ensuring that we create vibrant and healthy communities through sport. It is an overarching theme that drives a lot of our work at the NHL.”

Dale Vince, the chairman of Forest Green Rovers and renewable energy entrepreneur, agreed. He stressed that the coronavirus pandemic and the climate crisis were “not distinct”, and were ultimately consequences of how humans produce energy, transport themselves, and consume food.

Vince said: “Three out of four zoonotic viruses come straight out of factory farms, so it’s caused by our diets. It was exacerbated by the rate at which we fly around the world in a crazy fashion, and the mortality rate of the virus was exacerbated by the burning of fossil fuels – you are at much more risk of death if you’ve been exposed to air pollution. Studies have shown that.

“So these same three things – these fingerprints of the virus crisis – are also responsible for the climate crisis.”

The chairman of the provincial fourth-tier English football team, which has been made famous by its progressive approach to environmental and social issues, explained that around 80% of every person’s and organisation’s carbon footprint is related to energy, transport and food, and that addressing those three issues within a club, federation or league was a strong statement of intent.

Vince also used his platform to demonstrate the business case of being responsible and sustainable, revealing that Forest Green Rovers’ unique brand has helped the club grow closer relationships with fans and sponsors.

He explained that several fans had adopted vegetarian or vegan diets and were investing in electric cars and solar panels because of the club’s influence. And, despite the pandemic, Vince said that Forest Green Rovers had “doubled its sponsorship” this year. The club recently signed a stadium naming rights deal with sustainable smoothie maker Innocent.

Building on Vince’s point, Duffus revealed that the Spanish Olympic Committee had secured a seven-figure sponsorship deal because it had put together a “very strong” sustainability strategy.

Engagement from fans and sponsors will increase for organisations that put purpose at the heart of their organisation, Mitchell added, reflecting on the changing demographics, behaviours and values of sports fans.

Census figures indicate that, in the US, minorities will become the majority by 2050. As a result, Mitchell believes fans will become more cross-cultural and driven by social justice.

“As a sport, we need to start reflecting their values – the values of being mission- and purpose-driven,” he said. “They are looking for organisations to really step up and take this on because, if we don’t, we are not going to be reflecting our future customer. So we need to be ahead of the game when it comes to any one of these social or environmental concerns.”

Peer pressure and the business case becoming increasingly apparent will encourage more organisations to focus on these issues and will ultimately “mobilise more sports”, Xhaferi Salihu said, adding that entities within the sports sector will begin to look at climate and social action in the context of more intangible things like legacy.

All panellists agreed that climate change, Covid and social justice should not be addressed in isolation, and showcased future projects and concepts that take a more holistic approach.

Duffus talked about the IOC’s climate positive objective and its contribution to the Great Green Wall – a project aiming to grow 8,000 kilometres of nature along the width of Africa, which doesn’t only have climate benefits, but creates jobs and food security for local people.

A 100-acre EcoPark, that includes a new wooden stadium (with a slither of the embodied carbon generated by traditional concrete venues), a green business park with 4,000 jobs, a 16% boost in biodiversity, and a wetland, was demonstrated by Vince as the future of Forest Green Rovers.

“That would be a showcase for football, sustainable development, and the whole green economy thing that we need to get moving,” he said.

Xhaferi Salihu acknowledged that while sport couldn’t control issues like the decarbonisation of the transport industry, it could incentivise local participation to reduce carbon emissions. And Mitchell was keen to stress that sustainability should be viewed through the lens of innovation.

“That’s our mantra,” he said. “That’s where the cutting edge will be.

“When we talk about fan engagement, we’re seeing that as the next edge. At this moment, civic engagement is one of the key things in North America. People are getting out the vote and addressing some of these social issues. That will equate into civic engagement on climate issues. It will engage on many of the intersectionalities of what we’re trying to achieve, and while using that kind of support to promote positive change. I think that’s what the next step is. I think that’s where the future of all our organisations is.”