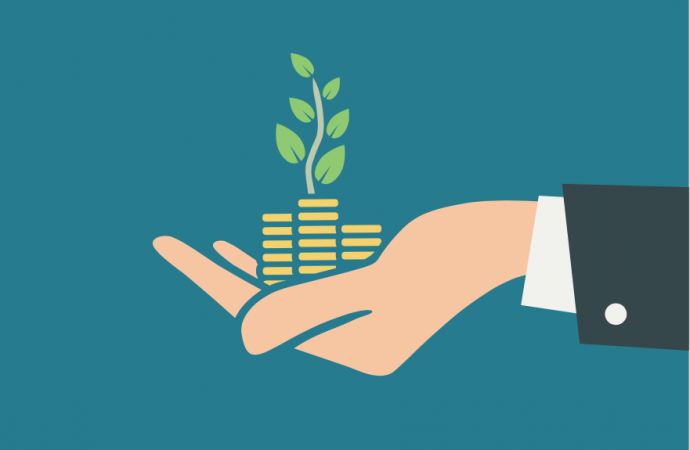 Athletes investing in companies having a social and environmental impact is nothing new, but two sports entities with similar values have attracted a couple of high-profile backers

Impact investing has hit the mainstream. According to the Global Impact Investing Network’s 2020 Annual Survey, $715bn was ploughed into funds that had a sharp social or environmental focus. The modern investor not only wants their money to work hard – they want it to do good at the same time.

It stands to reason. We’re currently living through very uncertain times, with the coronavirus pandemic only exacerbating concerns around climate change and the widening inequality gap. Investing in companies that are able to find solutions to some of our most pressing problems is not only the right moral choice, it’s potentially a very lucrative decision.

Athletes searching for a way to grow their sport-related earnings or finding something to do after retirement have often ploughed money into companies offering a potentially healthy return on investment, or an opportunity to get more hands on after they’ve hung up their cleats.

But a new wave of impact investing athletes is emerging on the scene.

Through his holding company, SC30 Inc., NBA star Steph Curry has made impact investing one of its key pillars. Curry has already invested in Guild Education, a tech company that helps more people go to college, and is planning to find similar opportunities that make returns both financially and in terms of social impact.

Curry is not alone. Serena Williams is investing in companies that “embrace diverse leadership” via her Serena Ventures company. NBA Hall of Famer Magic Johnson has invested in renewable energy company Unchartered Power.

This week, we may have seen the latest iteration or evolution of that dynamic: athletes investing in sports brands that have social and environmental impact as their core focus.

Lewis Hamilton’s decision to establish his own team within the upcoming Extreme E series and the investment made by Arsenal and Spain footballer Héctor Bellerín in League Two football club Forest Green Rovers are notable for several reasons – and not just because they were revealed in the same week.

Both Hamilton and Bellerín have been prominent sporting voices calling for businesses, governments and society at large to take climate action. Both men are vegan. The latter has pledged to plant almost 60,000 trees in the Amazon rainforest, while the former has shaken off a significant amount of criticism and allegations of hypocrisy to stand firm in his beliefs.

“Climate change is a serious threat: every one of us has the responsibility to protect our future and the future of the next generation,” Hamilton told Style, and Italian fashion publication, earlier this year. “With the industry I’m in, I’m always going to receive negative attention but we don’t have to be perfect to be part of the solution. As a powerful voice in my industry I have responsibility to effect change from within Formula 1 as well as in all the other activities in which I am involved.”

Now, Hamilton and Bellerín are putting their money where their mouths are yet again. But this time they have identified sport as the key medium to drive impact. This is an important shift; sport has always played a role in social development, but to date most of its progress has been linked to philanthropic endeavours and partnerships with NGOs or other impact-oriented companies.

However, in the shape of Extreme E and Forest Green Rovers, the current F1 champion and recent FA Cup winner believe they have aligned with entities that can make fundamental changes and drive genuine positive action as standalone brands.

Let’s examine both organisations: Extreme E, launched by Formula E founder Alejandro Agag, is due to start its maiden season in early 2021. Positioned as an electric off-road car series, the competition has two main objectives – to continue Formula E’s work and place electric mobility at the forefront of consumers’ minds as cool and accessible, and to highlight the damage climate change has done to remote and vulnerable parts of the Earth, from the Greenland ice sheet and Amazon Rainforest, to the coast of Senegal.

The cars and crew will be transported around  the world via cargo ship (rather than planes) to reduce carbon emissions. But more than that, each of the five locations will have legacy projects to improve environmental and social conditions in the region.

For example, the legacy project linked to the Amazon Rainforest includes the planting of cocoa trees. The impact will be threefold: the new trees will replace trees that have been deforested, local people will be able to harvest the cocoa beans and make a living, and, in turn, they will have no financial incentive to cut down the trees in the future.

Although he won’t be contracted to drive, Hamilton will invest his money in a competing team he has founded (called X44).

“Extreme E really appealed because of its environmental focus,” he said in his announcement. “Every single one of us has the power to make a difference, and it means so much to me that I can use my love of racing, together with my love for our planet, to have a positive impact.”

He added: “I am looking forward to building my team around important values such as sustainability and equality.”

Bellerín’s investment in Forest Green Rovers – where he has become the second largest shareholder after Dale Vince – is just as striking. For a number of years, the provincial club from the south-west of England has been the reference point for sport and sustainability. It’s carbon neutral, offers a vegan-only menu, and has been cited by FIFA and the UN as the “greenest football team on the planet”.

For a club of its size, Forest Green Rovers has an incredibly high profile and receives a disproportionate amount of global press coverage compared to other teams in its division. The majority of its merchandise is sold abroad, and the team has many fanclubs across the world.

“Forest Green Rovers proves to clubs who say that they don’t have the resources to be sustainable that it’s possible,” said the Arsenal man. “With the new stadium, being carbon neutral and vegan, the club is doing some mind-blowing work. People have a universal love of football, so there’s no better industry to promote sustainability – and what we can do as football supporters to be more environmentally conscious.”

Bellerín’s decision to invest will look very shrewd if the club’s ambition to reach the Championship (English football’s second tier) – or even Premier League – comes to fruition over the next few years. But it’s doubtful that money is his main motivation for getting involved.

Indeed, as well as being an evolution of athlete entrepreneurship, the moves could also instigate the next iteration of athlete activism in which purpose-led sportspeople and purpose-led teams, leagues or competitions come together to give a cause a higher profile.

Could this also have implications for football’s business model, which is – through Covid – gearing up to be more purposeful?

A recent Nielsen survey found that 75% of sports fans are more interested in brands that care about society in light of the pandemic. Is the potential to secure a high-profile athlete investor another reason for sports entities to take strong stands like Forest Green Rovers and Extreme E?

For the sake of sport’s future and the future of the planet, we should all hope that the answer is ‘yes’.