‘The planet is the only shareholder we answer to’ 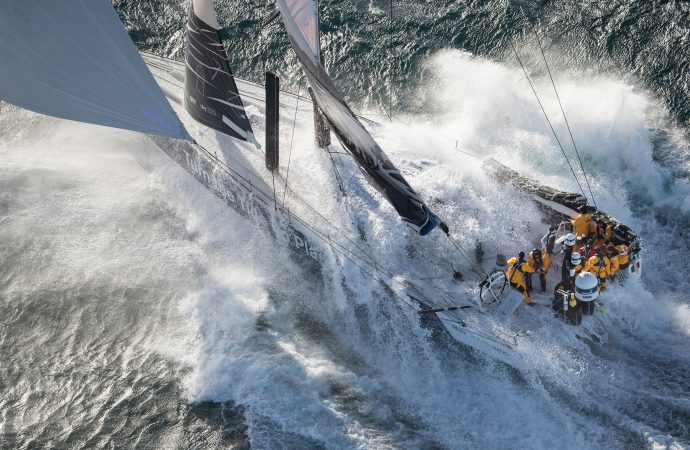 Richard Brisius and Anne-Cécile Turner explain how a local feel, a tweak to the rules and innovation workshops will help the new-look Ocean Race become even more sustainable

It feels like a lifetime ago that UN secretary general António Guterres called on governments, businesses and civil society to make the 2020s a “decade of action”, and pursue the objectives of the Sustainable Development Goals with renewed vigour and urgency.

That was in January 2020, and within six weeks a large proportion of the world went into lockdown as the coronavirus pandemic took hold. Suddenly, momentum that was generated to achieve the 17 wide-ranging Goals was channelled, more or less, into a singular focus – finding a solution to the virus.

If anything, the Covid crisis has made attainment of the SDGs even more urgent and brought that 2030 deadline into sharp focus. Ironically, the disruption to the sporting calendar instigated by the pandemic has given The Ocean Race more time to define its own decade of action as it evolves further into a sustainability movement as well as a major sporting event.

The extreme round-the-world race (which will begin its next edition in 2022 instead of 2021) has changed somewhat since its last outing in 2017/18. Gone is Volvo as the title sponsor and main shareholder, with Atlant Ocean Racing Spain – led by Richard Brisius, Johan Salén and Jan Litborn – coming in as the owner of the race.

Gone, too, is the notion that sustainability is a ‘programme’ or ‘project’ that sits somewhere within a wider suite of operations. While it’s true to say that sustainability was a core element of the 2017/18 Volvo Ocean Race, environmental responsibility and ocean stewardship now runs through the race in practically every facet – from design and branding to the organisation’s commercial strategy.

“Previously the goal was to work for our shareholder, Volvo,” says Brisius, who is The Ocean Race’s president as well as co-owner. “Now our only shareholder is the planet.”

The 2030 ambition for The Ocean Race is to have its collective of stopover port cities engaged in a way that creates a genuine legacy. Indeed, the host cities for the upcoming race – Alicante, Cabo Verde, Cape Town, Shenzhen, Auckland, Itajaí, Newport, Aarhus, The Hague and Genoa – will play an important part in the competition’s sustainability objectives (redefined as ‘Racing with Purpose’) with many hosting ‘The Ocean Race Summits’ that will engage local decision makers, citizens and businesses in conversations and collaborations around sustainability.

Summits were a key engagement tool during the 2017/18 edition of the race, but Brisius tells The Sustainability Report that while those events were focused on macro, global sustainability issues, the upcoming Summits will have a local feel, with participants exploring regional sustainability challenges, and solutions to those challenges.

“We’ll adapt our programme very much to the local city,” he explains. “We’re not pushing a specific programme onto the city, but we are pushing a requirement to have a sustainability programme. We’re asking them: ‘If you get the race, what are you going to do with it?’”

The appetite and potential to collaborate on impactful sustainability initiatives is a core part of the city selection criteria, and helped The Ocean Race whittle down the 70 bidders for the upcoming edition. Genoa, one of the race’s new locations, hosted its maiden Summit (below image) last September with a sharp focus on eliminating ocean plastic.

In 2018, WWF released a report that warned of the Mediterranean Sea (which surrounds the Italian port city) becoming a “sea of plastic”, with 95% of the waste floating on the surface coming from plastic.

A second Summit was hosted in The Hague (virtually due to the pandemic) with another one scheduled in Newport, Rhode Island for 16 September.

Anne-Cécile Turner, sustainability director of The Ocean Race, says Summits are a “great opportunity” to gather experts on ocean health and local lawmakers to explore their perspectives and find solutions collaboratively. During the last Summit in The Hague, discussions turned to the science of behaviour change to accelerate the transition to sustainable solutions, and how to secure funding for projects.

Over the 12 Ocean Race Summits being organised during the cycle, there will also be 24 innovation workshops (two per summit) that will focus on how technology and new thinking can help address some pressing challenges.

In Genoa, the two innovation workshops revolved around sustainable boatbuilding – a core concern of The Ocean Race and its competing teams – and sustainable fashion to target the issue of microfibres in the ocean. Behaviour change strategies and sustainable branding and overlay for sports events were the two topics covered in The Hague.

The latter was organised by Meegan Jones, Turner’s sustainability colleague, which brought together a number of high-profile sports organisations to work on the issue of eradicating unsustainable branding and overlay material that creates “huge amounts of waste”.

“These innovation workshops are designed to create a roadmap for action,” Turner explains. “It’s about gathering solutions and enhances our role as a catalyst for accelerating ocean health restoration.”

It’s a role that came to light in a significant way during the 2017/18 season, when race organisers decided to conduct an ambitious science programme in which two boats were collecting scientific data, such as microplastics, salinity, sea surface temperature, chlorophyll, and all boats gathered weather data.

In 2022, having a scientific device to measure ocean health will be a requirement for each team, while each team also has to source 30% of its onboard energy used to run equipment and water desalinators from renewable sources – or they won’t be able to compete.

Volvo remains a premier partner of The Ocean Race alongside 11th Hour Racing, which invests heavily in its education programme that will extend to secondary school children next time around. A ‘sustainability category’ for commercial partners was considered, but dropped because, in the words of Turner, “every partner of the race should have an amplification plan and join the race as a partner with purpose”.

“Our commercial team is saying that more of the sponsorship leads are revolving around sustainability,” she says. “We are a platform that delivers a proven impact – that’s what brands are looking for.”

She adds: “We need our partners to understand the depth of our partnership. We expect them to help us reduce impact or optimise solutions. The lines are blurring between sustainability and marketing, and that’s a good thing.”

Brisius agrees, and counters that The Ocean Race is also in a position to help its partners become more sustainable. The competition had a huge influence on Volvo’s sustainability position during the last edition of the race, with the Swedish car manufacturer removing single-use plastic from all offices in 2018 and pledging to manufacture cars from at least 25% recycled plastic by 2025.

He explains that there are certain categories of partners that the race would be unlikely to collaborate with. But he acknowledges that if a particular company was serious about making a change, there could be an opportunity to make a positive impact.

“We are fast to forgive,” he says. “If it’s too black and white we are not helping and we should work together. We have certain categories we don’t work with, and that’s our baseline, but we should be willing to listen. Are they changing? Are they for real or is it a PR stunt?”

One thing that’s clear is that authenticity is key. And that can be said for every aspect of the race. Is the race transitioning from a sports event to a sustainability platform with sport attached? Envision Virgin Racing, the Formula E team, has the motto: ‘sustainability movement first, sports team second’. Is this the new philosophy of the new-look Ocean Race?

Turner is emphatic in her response.

“The reason the sustainability platform works is because we are using the attributes of an exciting sports event. If we suddenly disturb the DNA of that event – the excitement, the performance, the competition – we are at risk of losing the interest of fans. It’s an extreme sport pushing beyond limits and that’s what’s accelerating change.