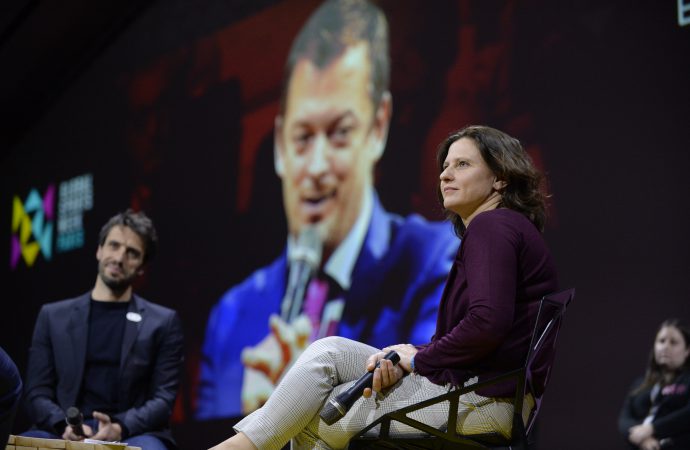 Sport’s alignment with education and sustainability at government level gives it an opportunity to play an enhanced role in shaping a post-Covid society, says Lucien Boyer

As the world is looking to restore its coronavirus-hit economy, our governments, businesses and civil society have been busy reshaping their political and social landscapes to support the recovery and imagine a more resilient post-Covid world. Since the start of the coronavirus outbreak here in France in early March 2020, our country has been going through a major shift at all levels.

The latest significant changes came with the government reshuffle on 6 July which put economic, environmental and social sustainability at the heart of the country’s recovery effort. Recent developments suggest that this is not a just window-dressing intention.

The reshuffle indeed follows on a historic victory of the Green party in several major cities across France during the latest municipal elections. While experts have been urging not to ‘overestimate’ these results, pointing out a low voter turnout and the mitigated results in the rural areas, many agree to consider this as a turning point reflecting growing concerns of the metropolitan residents over the environment.

In the meantime and just a few days prior to the reshuffle, French President Emmanuel Macron met with the members of the Citizens Convention for Ecological Transition, a French assembly of 150 self-selected citizens called to formulate propositions to “reduce the French emissions of greenhouse gas by at least 40% compared to 1990, in a spirit of social justice”. During the meeting the President announced that he would take in virtually all of their recommendations – a truly bold engagement with a view to the next presidential elections, likely to be dominated by the ecology and sustainability topics.

All the sustainability players – but also more broadly business and civil society in France – are now expecting concrete actions stemming from these political developments.

In an important move for the sport industry – not only in France, but also worldwide as France is preparing to welcome the world at the Paris 2024 Olympic and Paralympic Games – the government reshuffle also brought the sport under the authority of the Ministry of Education, Youth and Sport (French sports minister, Roxana Maracineanu, at Global Sports Week is the main image).

Some of the sport industry players expressed a concern over a potentially reduced political influence of sport as it got relegated to a sub-ministerial level status. However, the French Head of state sent out a strong signal during his meeting with Thomas Bach, President of the International Olympic Committee on 8 July. Speaking with Bach about the Paris 2024 Olympic and Paralympic Games’ environmental pledge and the strong shared will to make the physical activity a public health challenge, he declared that sport must be “integrated in the recovery plan”.

The GSW Housequake survey that we, at Global Sports Week Paris, ran during the lockdown time among international sport industry players resulted in 80% of the respondents saying that the pandemic altered their view of sport’s place in society, 50% stating sport has a greater role to play, with health being its primary function (36%).

Can this new alliance between sport and education in France be seen as a first indicator of what it could all mean for the sport industry in the country that will be the world capital of sport during the first years of this new era?

For centuries, France has been waving the flag of the school as the key institution to transmit the Republican values of “freedom, equality and brotherhood”, to guarantee the equality of chances and to fight discrimination.

This vision is much in line with the ideals of sport, best expressed by the core values of Olympism – excellence, respect and friendship. It also mirrors the sport education programmes led by the IOC and the International Sport Federations which position sport as a “school for life”.

In a context where the Covid-19 lockdown obliged many parents across the world to take the role of home educators for their kids and to create opportunities for them to play and to stay physically active despite the restrictions, there has been a greater awareness worldwide about the role of sport – in particular grassroots sport – in bringing up citizens who can be physically and mentally resilient in the face of the increasingly challenging world.

The lockdown has already greatly contributed to the rise of the virtual and ‘phygital’ sports – from a daily marathon of online training tips delivered by the world’s top athletes via the International Olympic Committee’s social media accounts to the Zwift Virtual Tour de France. Esports viewing figures have also been rising exponentially throughout 2020 with Twitch registering an average number of concurrent viewers of more than 2.3 million in May 2020, compared to 1.4 million in January. With almost every major sporting event cancelled or postponed, many new virtual tournaments sprung up and traditional sports teams experimented with esports for the first time to fill the void.

At Global Sports Week we firmly believe that these new hybrid uses of the technology will propel sports into a new era and help further engage with the younger demographics. And that integrating sport, education and youth affairs into one can help ensure that fundamental values such as respect, equality and fair play are preserved and enhanced by the technology.

The GSW Housequake survey also evidenced the imbalances within the sport industry that were even further highlighted by the current crisis. Smaller organisations have been struggling more than others, women’s sport have been hit the hardest by the lockdown, while athletes’ power has been greatly undervalued – 90% of the respondents agree that sport must use the Covid-19 pandemic as an opportunity to review and reset its entire global business model, which has been greatly dependent so far on live attendance and TV rights.

This need for a radical change was the main point across all of the conversations on the stage of the inaugural Global Sports Week Paris in February 2020, even before the pandemic kicked off globally. We created the event to “shake, shape and share” the future of sport, where the forces of digital transformation and the lifestyles, values and expectations of a new generation were starting to expose fundamental cracks in the global model of sport.

The five ‘shifts’ in the landscape (lifestyle, power, equality, climate and data) we identified, as well as the health issues enhanced by the pandemic, are now more relevant than ever to bring back to the floor.

Beyond putting sport in the perspective of the broader societal issues, the new combined French Ministry of Education, Youth and Sport provides an opportunity to break the sport’s isolation from the most critical social areas and contribute to the industry’s transition from ‘bling’ to more ‘bring’.

It also creates opportunities for enhanced international cooperation as sport has a real potential to bring solutions not only within the fourth United Nations’ Sustainable Development Goal of Quality Education but across a number of the 17 SDGs. This has indeed been the essence of the IOC’s successful partnership with the UN in recent years.

From the political standpoint and in a different configuration from France, the UK minister for sport has notably also been in charge of the topics of equalities and human rights, but its reporting to the Department of Culture, Media and Sport provides a very different perspective to the powers in play.

At Global Sports Week we think it is important to offer a bridge between the different viewpoints. This is why for the 2021 edition of the Forum we are bringing a new format for a new era. We will be connecting continental hubs in the sport’s new centres of influence – Tokyo, Beijing, Dakar, Los Angeles and Milan – with our central base at the new GSW House in Paris in a new combined global-local model of physical and virtual experiences.

It is noteworthy that Global Sports Week will run during the first week of February, which is also the national Olympic and Paralympic Week aiming at mobilising over 300,000 young people across France to promote education and civic values through sport. We believe that there are natural synergies for a shared success that we should explore all together.

Will sport’s enhanced role in tackling bigger societal issues become a blueprint for the sport industry internationally? We are looking forward to bringing the key players to the table for this debate to put the reinvention in action.

Lucien Boyer, is the president and co-founder of Global Sports Week Paris