Hibernian FC declares itself the ‘greenest club in Scotland’ 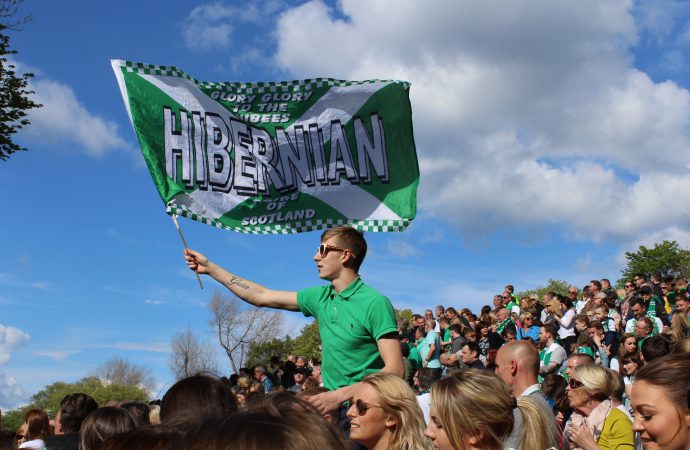 Edinburgh-based football team Hibernian FC has declared itself the “greenest club in Scotland” after making a number of commitments to achieve climate neutrality.

The Scottish Premiership club, which already buys 100% renewable electricity, is exploring the possibility of generating its own renewable energy at its training centre and Easter Road stadium, and has pledged to build renewable energy sources into future development plans.

As part of its commitment, Hibernian will install LED lighting and electric vehicle car charging points at both its home stadium and training centre. The club is also taking steps to measure its entire carbon footprint, including supporter travel to Easter Road stadium.

Leeann Dempster, Hibernian chief executive, said that the club was “looking at all aspects of our organisation with a view to improving what we do”.

“We are already leading the way in Scottish football in a number of areas in terms of trying to protect our environment, but like almost every other organisation there is much more we can do – and as a high-profile organisation we can help raise awareness of this,” she added.

“Our pledge is straightforward. We believe the power and appeal of football in Scotland can help provide leadership and momentum. Let’s tackle climate change – it’s a challenge we need to make.”

Hibernian has teamed up with Circular Edinburgh to engage the city’s circular economy community and, as part of its commitment to the UNFCCC’s Sports for Climate Action Framework, has pledged to throw its weight behind the City of Edinburgh Council’s aim to achieve carbon neutrality by 2030.

In an open letter to fans, Hibernian majority shareholder Ronald Gordon explained that while the club had a “long tradition of innovations and firsts”, this commitment to climate action “may be the biggest one yet”.

“Every aspect of the club’s activities will be reviewed, with a determination to achieve overall carbon neutrality,” he added. “We are looking at how we use power better, how we might generate power, how to reduce our use of water, how we create partnerships with other like-minded organisations determined to reduce our impact on the planet.

“It’s the right thing to do, but it’s also the smart thing to do. Customers and partners of almost every business are now looking to patronise those organisations which show they run their business in a sustainable way that addresses the challenges we all face.”