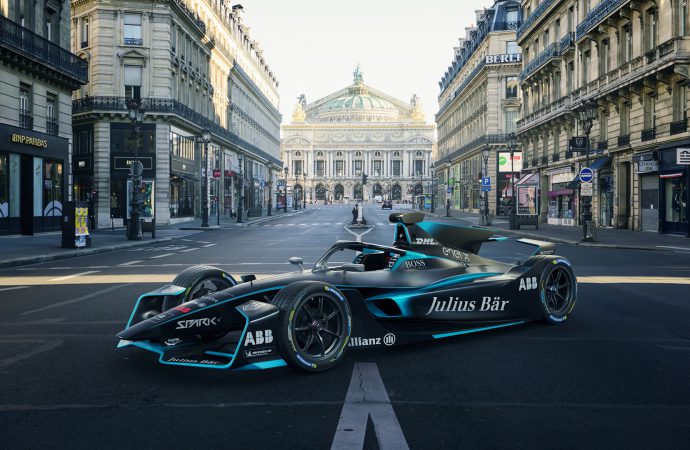 An updated version of Formula E’s Gen2 car has been revealed, and will make its debut during the 2020/21 season when the electric car racing series become an official FIA event.

Named the Gen2 EVO, the redesigned vehicle will undergo a number of structural design changes, such as a new front wing, dorsal fin, a curved rear wing and an updated championship livery.

When it was first revealed during the 2018 Geneva Motor Show, the original Gen2 demonstrated double the energy storage and double the range of the first generation car.

The Gen2 EVO will also be unveiled at the 2020 Geneva Motor Show in March.

Alejandro Agag, the founder and chairman of Formula E, said the Gen2 EVO would “go down in the history books” as the first to compete in the newly FIA-endorsed Formula E Championship.

“It’s futuristic design once again showcases Formula E as the category for innovation in both technological advances and appearance,” he added.

Jean Todt, the FIA president said that the technology used in Formula E had “come a long way” since it was established.

Todt added: “It is this progressive approach that has contributed to the expansion of the grid and increasing competitiveness of the championship, which continues to go from strength to strength and which is paving the way for the future of sustainable mobility.”