Australia is in the midst of a climate crisis. Cricket must be part of the solution 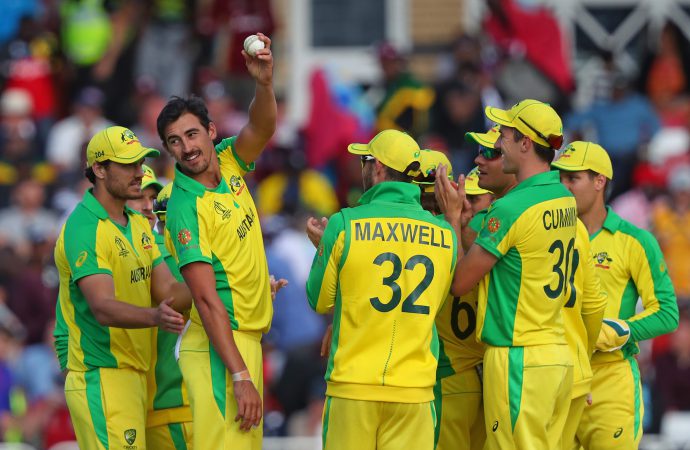 Cricket Australia, the national governing body, has to use its influence to move the nation away from climate catastrophe-accelerating fossil fuels, says Paul Sinclair

Cricket is being caught out by climate change.

A new report from Monash University released in late December suggested Cricket Australia, the national governing body, should consider moving the iconic Boxing Day Test to the shoulder months of November or March – or to making it a night time fixture – due to worsening extreme heat in December. This extreme heat is being supercharged by pollution caused by the burning of coal, gas and oil – as are deep droughts and deadly wildfires.

In response to the report Cricket Australia issued a statement saying it “actively supports the sports industry globally to deliver collective progress on climate change and sustainability”, and pledged to produce a sustainability policy sometime in 2020.

While the intention to create such a policy is welcome, Cricket Australia has thus far been silent about the connection between extreme weather, climate change and cricket, even as the game and its players from elite to grassroots levels are being directly impacted by unprecedented wildfire, toxic air pollution and drought.

What are they waiting for?

The Earth’s temperature has already increased 1.1°C as a result of the burning of coal, gas and oil and land clearing. Australia just had the hottest and driest year in recorded history. Globally, the 10 warmest years on record have all occurred since 1998, and nine of the 10 have occurred since 2005.

Over the past few weeks, more than 14 million hectares of south-east Australia, South and Western Australia, and Tasmania have been engulfed by wildfire (below). The current human death toll is 23 and rising. An estimated 500 000 animals have been been burned alive. Air quality in Australia’s national capital has been rated the most toxic in the world as a result of wildfire smoke.

Scientists have been clear for decades that increasing pollution from burning coal, oil and gas will supercharge extreme weather events like deadly wildfire. Globally, climate pollution has been rising at 1.5% for the last decade. Under the Paris Agreement, the inadequate commitments made by countries to cut pollution means we’re on track for a 3.2°C degree temperature increase.

While Cricket Australia has been active in encouraging Australians to support wildfire victims and emergency services it must do more to articulate the link between the ongoing catastrophe and climate change, as well as the need to accelerate and deepen cuts to climate pollution.

So what could Cricket Australia be doing?

First, Cricket Australia could become the first national cricket organisation to join the United Nations Sports for Climate Action Framework. While this framework would place no legal or financial demands on the organisation, it sends a serious message to players and fans about its intent. Showing it means business is important, even if there’s a long way to travel before reaching the intended destination.

This could also make Cricket Australia a champion in encouraging other national cricket and regional governing bodies to adopt the Sports for Climate Action Framework. There are about 2.4 billion people living in cricket playing nations and national cricket boards could be a powerful global voice for international climate action if they chose to do so.

Second, Cricket Australia could use the Sports for Climate Action Framework as the foundation for preparing its own Climate Change Action Plan. This plan would need to address not just climate change adaptation impacts on the sport (like extreme heat and deteriorating air quality), but also the root causes of the problem – the burning of fossil fuels and the need to transition to clean energy sources.

This will require Cricket Australia implementing pollution reduction and clean energy creation targets within its own operations. But it will also mean advocating for change across the different scales at which polluting or clean energy is created. That’s going to be hard for Cricket Australia. The Guardian newspaper’s chief sports writer, Barney Ronay, recently argued that “sport is run, funded and used as a reputation-garnish by the world’s greatest carbon-gorgers”. Cricket Australia (indeed all major sports organisations) needs to recognise this dynamic and address it as it devalues efforts being made in other parts of the cricket community to cut pollution.

If the climate pollution created by the giant Melbourne Cricket Ground stadium (MCG) each year can be cut to zero then that is a fine achievement. But that effort is undermined if Cricket Australia continues its commercial partnerships with companies like Alinta Energy, a subsidiary of  Chow Tai Fook Enterprises (CTFE) and Pioneer Sail Holdings – Australia’s seventh largest greenhouse gas polluter, producing 11.3 million tonnes of pollution each year. Cricket Australia is also backed by Marsh insurance service, which supports the Adani coal mine that is expected to create 77 million tonnes of climate pollution annually when at full production.

Third, Cricket Australia can advocate for change in the media and in its communications with fans by positioning itself as part of the solution. To survive, cricket needs to connect with young people. Being silent on climate change isn’t the way to do that. A 2019 Lowy Poll found three quarters of young Australians see climate change as “a serious and pressing problem” about which we should be “taking steps now even if this involves significant costs”.

Fourth, Cricket Australia could also use its powerful voice to engage with governments and businesses to frame climate change as a critical issue for all Australians – one that threatens the game people of all political persuasions love – and requiring the transition away from coal, gas and oil and towards clean energy.

In the past the governing body took a strong position against injustice when it opposed the South African apartheid regime. Similarly, climate change will require Cricket Australia to decide which side of history it’s going to stand on.

Finally, one of the organisation’s greatest strengths is its network of 3,500 community cricket clubs. Innovations in energy generation and distribution technology means electricity can now be shared amongst local communities. Cricket clubs could be transformed into clean energy power stations with the installation of solar energy systems and battery storage. Cricket Australia could leverage its corporate and government influence to establish a National Cricket Community Power Hub.

This Hub would provide support and expertise for clubs to create clean energy. The Australian Energy Foundation has identified this as a key capability holding back community power projects. Local cricket clubs could sell energy they create to members and others, generate profits and reinvest in growing the grassroots game. One project based on this model is being rolled out in Yackandandah. The project helped the local hospital install solar energy systems and then use money saved on electricity bills to help employ more doctors and nurses.

There are currently about 100 community power projects in Australia while Denmark has more than 5,500, Scotland has 500 projects, and Germany has 880 energy cooperatives. There’s much more to do.

Cricket Australia has a powerful voice. It’s time to get on and use it.