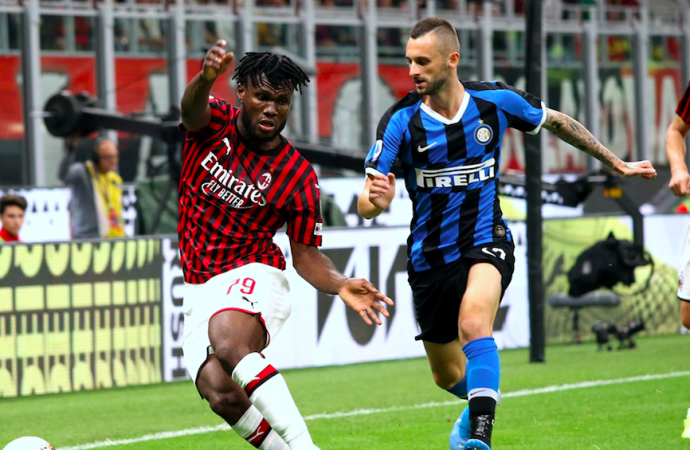 With sustainable development at the heart of its 2026 Winter Olympic plan, and Europe’s “most sustainable stadium” in the pipeline, the city may be on the cusp of a sport-accelerated Renaissance

Milan, a city traditionally associated with the colour grey despite its world-renowned fashion scene, is beginning to identify with a much more vibrant colour: green.

The city is undergoing a post-industrial Renaissance, with ambitious sustainability-related projects taking place in the capital of Italy’s Lombardia region. At the heart of this Renaissance is sport, with a successful bid for the 2026 Winter Olympics and plans for a spectacular new football stadium positioned as catalysts for sustainable regeneration in the area.

As a city, Milan faces unique challenges. Set against the Alps on a foundation of swampland, its position traps in heat, humidity and pollution, leading to tropical summers and heavy smog.

The hot summers and cold winters drive energy consumption, as locals rely on heating systems or air conditioning to ameliorate the temperature. These factors, combined with its congested roads, make Milan one of the worst offenders in Europe for poor air quality.

Despite this challenging starting point, the city is determined to become a leader in the sustainability movement and has made strong progress. Perhaps the most iconic symbol of this resolve is Stefano Boeri’s ‘Bosco Verticale’ (the ‘vertical garden’, below), two tower blocks covered in thousands of plants, shrubs and trees that absorb a hefty amount of carbon each year and have unexpectedly provided homes for more than 20 species of birds.

This year, Milan’s charismatic mayor Giuseppe Sala announced a plan to plant three million trees by 2030. And with a burgeoning cycling infrastructure including popular city-run bike sharing scheme BikeMi and nearly 150km of cycle lanes and new restrictions on the oldest and most polluting scooters, the transportation system is cleaning up its act too.

As Sala explained at an event in Washington, D.C.: “Milan has chosen innovation and change as the keywords for the development of an attractive, inclusive and green city, able to finance the potential generated by its social, economic, cultural, ethnic and generational diversity.”

The Milano-Cortina 2026 Winter Olympics plan is expected to build upon this foundation to further drive the well-being of the city and its inhabitants, aiming to “use sport as the catalyst for many economic, environmental and social benefits” that will make it the most sustainable Winter Olympics ever.

Olympics Games have a reputation for being enormously expensive to stage. Previous hosts have saddled themselves with ‘white elephant’ venues that sit derelict long after the event leaves town. The International Olympic Committee is trying to change this perception with its Agenda 2020 strategy – otherwise known as the ‘New Norm’ – and position the Olympic Games as part of the host city’s long-term development strategy.

The fact that 13 out of the 14 facilities necessary to host the Games had already been built was a strong component of Milano-Cortina’s winning bid. More than that, its plan to knit the Games together with wider city and regional development plans was seen as an ideal response to the IOC’s new brief.

Among Milano-Cortina’s ambitious objectives is to boost participation in sport, particularly for those born after 2010. This is a major challenge; obesity levels are on the rise in Italy and, according to the World Health Organization, only 11% of 11-15 year-old undertake a sufficient amount of physical activity.

Two major development strategies are expected to benefit from the presence of the Games: Milan’s 2030 Urban Development Plan – which has the overarching ambition of transforming Milan into a “green, liveable, resilient” city – and Lombardia’s Regional Development Programme, that is focusing on smart energy management, sustainable urban mobility, and economic and social regeneration.

The organising committee’s proposals around carbon management, electric vehicle fleets and the sustainable sourcing of goods can feed into the region’s wider vision, as well as the focus on youth. In addition to encouraging all children born after 2010 to participate in physical activity, the Games will also be used to shape their habits around recycling and using sustainable mobility to get around.

A catalyst for sustainability

Milian is a city dominated, in sporting terms, by two huge football teams – Internazionale and AC Milan. So it’s fitting, then, that the city’s sustainability efforts have culminated in a plan to build the clubs a new stadium at the cutting edge of sustainable innovation.

Last month, the clubs revealed a shortlist of two stadium designs. Populous, the studio behind Tottenham Hotspur’s recently-constructed stadium, is one of the architects on that shortlist. Its proposed design, known as ‘The Cathedral’ because of its resemblance to the city’s iconic Duomo (see below), has been referenced as “the most sustainable stadium in Europe”, if it is to be realised.

The facility will be “naturally cooled and passively heated”, with solar panels on the stadium roof integrated to generate electricity that will be stored in battery banks for later use. Rainwater will also be collected from the roof and reused.

Plans for the €1.2 billion stadium also incorporate 22 acres of green space, slotting into Sala’s plans to rejuvenate the city with parks and trees, as well as entertainment and shopping facilities that will ensure the location is full of life every day of the year, not just match days.

As Sala told Italian broadcaster Sport Mediaset: “We are entrusting the teams with a project, which is not just that of a new stadium, but a project that involves renovating the neighbourhood, something that will take years.”

This is another reflection of the power – and responsibility – of sports teams of the magnitude of Inter and AC Milan. They have a duty to use their enormous influence for good, whether that’s ensuring their negative impact on the environment is minimal or that their impact on the city they’re based in is positive.

At time of writing, the city council has approved the clubs’ proposal to build a new stadium, but with a number of conditions – including the enlargement of green spaces, and the redevelopment of the existing San Siro stadium, which will not be demolished. The latter could yet throw a spanner in the works for the whole development.

Despite international excitement around the designs, the idea of renovating the tired San Siro District is a controversial one locally, much like the renovation of the East End that the London 2012 Olympic bid promised. In a city that already struggles – again, much like London – with affordable housing, accelerating what appears to be the relentless march towards gentrification is an unpopular choice with some.

Although the prospect of it being demolished has been ruled out by the local authority, the idea of marginalising the legendary San Siro ground has also horrified some traditionalists. Completed in 1926, it’s steeped in nostalgia and represents the glory days of Italian football. However, like many Italian stadiums, it has a reputation for being dilapidated and outdated, despite several facelifts over the years.

Both clubs have previously ruled out the possibility of refurbishment and state the only way to move forward is to remove and rebuild. They will now have to work with the shortlisted architects, Populous and Manica, to revise their proposals.

Most football stadiums in Italy are state-owned – even those associated with major Serie A football clubs. And it’s this municipal ownership that has contributed significantly to the gradual decay of many professional stadiums. Considering the context of Italy’s recent economic difficulties (it was the slowest-growing economy in the EU during 2019), it’s hard to justify spending public money to overhaul sports grounds instead of dealing with more urgent concerns that affect the wider community.

It’s also worth noting that councils can profit hugely from owning stadia – in 2018, Inter and AC Milan paid a colossal €15 million per season to the local authority, as well as fronting all the maintenance costs – costs that aren’t unsubstantial in a stadium that’s nearly a century old.

To the weary fans of both clubs, the new construction plans are only the latest development in an ongoing saga. For years, plans to alternately redevelop the San Siro, purchase it from the state or for the teams to go their separate ways in their own stadiums have risen and fallen.

However, the development of a sustainability-focused football venue for two of the biggest clubs in Europe – a venue that helps to accelerate the city’s wider development plans – would represent a huge step for Italian football stadiums in general.

Instead of maintaining crumbling venues owned by the government, the proposed Milan stadium could make the case for privately-owned stadiums that act as hubs of sustainable development and regeneration in their regions.

The stadium is an opportunity for Inter and AC Milan to lead the way – but will they be permitted to take it? And, more importantly, will the development – and the hosting of the 2026 Winter Olympics – genuinely position Milan as the “green, liveable, resilient” city that Sala desires?

Which other cities or regions are using sport to accelerate sustainable development? Let us know in the comments below.