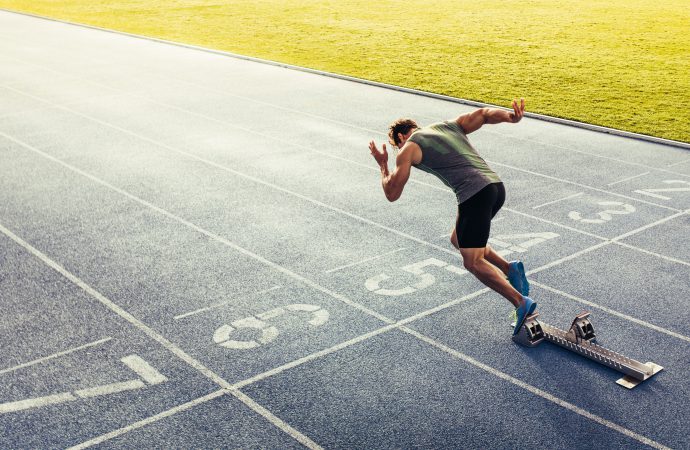 GAISF’s sustainability award is a smart way to encourage sports federations to become more environmentally responsible. It’s these positive impacts – like recognition from peers – that need to be driven home more regularly

Recognition, according to several recent studies, can be a more powerful motivator than money when it comes to striving for success. A bigger pay packet is always welcome. But being heartily acknowledged for a good job well done on a regular basis by those in leadership is apparently an even greater reward.

We all like to be recognised for doing something of value – and now that GAISF (Global Association of International Sports Federations) has established an award to shine a spotlight on sports bodies ‘making a significant contribution to combating climate change’, it’s my hope that it will serve as a little extra motivation for organisations in the sports industry to become more serious about sustainability.

It should be noted that those awarded first, second and third place in this contest will receive CHF 7,000, CHF 2,000 and CHF 1,000 respectively.

But, more importantly, the organisations will be recognised as sustainability leaders in their sector at a time when the IOC is increasingly vocal about its desire to see the Olympic Games and wider movement become more environmentally conscious, and as climate change becomes a kitchen table topic all over the world.

A number of GAISF members (including GAISF itself) have signed up to the UNFCCC’s Sports for Climate Action Framework, in which sports organisations commit to measuring, reducing and offsetting their carbon emissions with the ultimate ambition of becoming climate neutral.

By signing the framework and making the initial commitment, these organisations have rightly received kudos. Now, however, is the time for action.

For that reason, the GAISF Sustainability Award is a timely and helpful intervention. Its ambition to incentivise its members to become more sustainable is positive. But, crucially, it has also offered those wanting to participate a roadmap to get there.

If international sports federations want to apply for the award, they have to produce a complete set of documents, including a sustainability report, a sustainable event guide and literature regarding the standards they follow (such as GRI).

Straight away, this crystallises the importance of having a strategy and a correct process for reporting progress. It’s the kind of practice that moves organisations away from the ad-hoc initiatives of the past and towards a more holistic view of sustainability that encompasses all operations within the business.

Publishing a sustainability report that lays out a company’s environmental, social and governance (ESG) efforts (for public consumption) demonstrates values of transparency, progressiveness and good governance – an image that sport, as an industry, has struggled to project over the years for various reasons.

Naturally, some international sports federations have given themselves a head start. World Rowing, for example, is among the leaders in this space due to its environmental protection partnerships with WWF and UNESCO. World Sailing has a comprehensive sustainability strategy already (Agenda 2030) and is known for being one of the most progressive organisations in sport when it comes to sustainability.

The latter also has a sustainable event guide for its international competitions – a strategy that has been adopted by the IIHF, which published its Manuel for Sustainable Events in 2015, and the FEI, which unveiled its Sustainability Handbook for Event Organisers last year.

It’s in GAISF’s promotion of sustainable events guides that the body can have the most impact. It’s members are responsible for thousands of sporting events (large and small) every year, and if organisers adhere to standards around sustainable procurement, biodiversity protection, carbon reduction, sustainable sponsorship and human rights, the sporting events industry could become a high-profile poster boy for socially and environmentally responsible business.

At the top of the article, I mentioned that the workforce, in general, is as motivated by recognition as it is by money. That’s true. But there’s another aspect of company culture that is becoming a critical factor when it comes to measuring workplace satisfaction: purpose.

According to an article by Robert E. Quinn and Anjan V. Thakor in Harvard Business Review, the best employees (particularly, but not exclusively, young ones) increasingly want to work in purpose-driven organisations. They want to know that the work they’re doing is contributing to a better world.

By becoming serious about sustainability, organisations in the sports industry can potentially open themselves up to a wide, talented and motivated pool of employees. This is important. In its Future of Global Sport report, ASOIF (Association of Summer Olympic International Federations) made it clear that international sports federations have to change and innovate to survive. Attracting the best talent will drive this innovation and smooth the transition that needs to be made to futureproof the industry.

The word ‘innovation’ is not only reserved for advances in technology. Sustainability as a concept should be seen as a key driver of innovation and competitive advantage. World Sailing sees it that way, and hopefully the GAISF award (and support from the IOC and UNFCCC) will lead to others adopting this mentality.

Initiatives like GAISF’s Sustainability Award are really important when it comes to giving organisations a little nudge of encouragement to make difficult but necessary changes. But, on top of that, it’s crucial that we carry on demonstrating the long-term benefits of being a true sustainability leader –  access to the best talent, a proactive attitude about innovation, making a positive difference and, importantly, obtaining lasting recognition and a significant reputational uplift.

How else can sports organisations be motivated to embed sustainability into their business objectives? Let us know in the comments below.