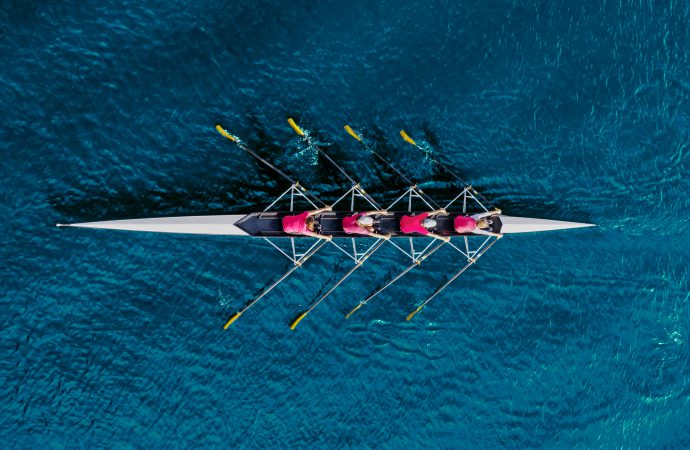 Organisations are signing up to the Sports for Climate Action Framework and becoming members of the Green Sports Alliance, but very few are taking genuine climate action, says Madeleine Orr

Last month, ahead of Climate Week 2019, the signatories of the Sports for Climate Action Framework met in Lausanne to discuss the framework and their progress. So now seems an appropriate time to bring up a concern I’ve had for a while: the sport sector isn’t a sustainable one. The overwhelming majority of organisations in the sport sector aren’t sustainable. And it doesn’t appear that we’re improving much.

Sustainability in the sport sector is similar to the talented young rookie with bags of potential, but with very little delivery. As a sector, we discuss sustainability as though we’re already performing at a high level. Like we’re out there changing the world, leading the charge. The reality is we’re not.

Many who work as sustainability agents in the sport sector know this to be true. Many have been quietly advocating for more climate action and lobbying their bosses for months, maybe years. Many are toiling relentlessly on various projects, inching toward zero-waste goals, moving the needle just a little on whatever initiative their boss has approved that will bring about some positive publicity and check the ‘we did something’ box. But a significant proportion of sports leaders usually fail to acknowledge the problem is far bigger and runs far deeper than a zero-waste band aid can fix.

It is correct that we recognise and commend these sustainability warriors for their work. But although their organisation may become members of the Green Sports Alliance or sign up to the Sports for Climate Action Framework, we’re not seeing much in the way of genuine climate action.

It’s almost 2020. It can no longer be considered “sustainability” nor “climate action” to recycle, switch to LEDs, and install hand dryers and sensor-activated faucets. These actions should simply be part of the cost of doing business.

Where’s the major energy efficiency, energy conservation, or green energy shift? And I’m not talking about a windmill that can power 5 lights in a building, or a few solar panels that are installed for show. I’m talking about 100% green-energy power, 100% of the time, in every facility. That would be leadership.

Where is the elimination of all plastic from facilities? No more plastic lids, plastic straws, plastic bags, plastic cutlery, or any other single use plastic. That would be leadership.

Where are the organisations cutting their transport emissions by half? Or repurposing tailgating areas into parks? Or partnering with public transit and rewarding its use? Perhaps we could start seeing teams setting up shuttle buses. Where are the teams that are sending coaches and athletes to nearby games on buses and trains, not flights? And who’s out there buying the carbon offsets for every single flight taken by any person in the organisation and incentivising fans to follow suit? That would be leadership.

Where are the organisations demanding all these same actions of their sponsors, as a basic barrier to entry? If the sponsor can’t be sustainable, they can’t be part of the fun. That would be leadership.

There are sport organisations doing these things. But often, only one or two at a time. The industry has adopted and embraced token sustainability initiatives as the norm, rather than implementing systemic change. And if they’re doing more, they’re not telling us: as of now, only five professional sport organisations in North America regularly publish a sustainability report, compared with 87% of S&P corporations (McCullough & Pelcher). This makes sense from a business standpoint. Currently, there is little pressure for sports organisations to do better.

Sport – in this case, unfortunately – is insulated by fans’ adoration for their team. It’s unlikely fans will stop going to games or watching the game on TV because the business is unsustainable. They just want to have fun. So, the pressure to be more sustainable as a sport organisation likely won’t come from consumers.

To date, pressure also hasn’t come from mainstream media. They don’t care about sustainability in the facility, or how many fans used public transit. They’ll worry about climate change-related issues when they report on the government’s Green New Deal, or Climate Week. But sport? They can give it a pass.

So, who’s left? Who is supposed to call the sport sector out on this? Who is going to throw a yellow flag on the seemingly rampant greenwashing happening all across this industry?

The recent-published Sports for Climate Action Framework is supposed to help. The two objectives of the framework are to achieve a clear trajectory for global sports community to combat climate change, including through measurement and reporting mechanisms, and to use sports as a unifying tool to create solidarity among citizens for climate action. This sounds great on paper, but what are the outcomes so far?

But more concerning is the notion that several sport organisations, most of which are private, are attending international meetings and signing agreements akin to the Paris Agreement. This is a model of governance that was designed for leaders of countries, not companies. A private organisation can decide to be more sustainable just because it wants to. And it can command sustainable behaviours of its employees, just because the leadership prioritises the health and wellbeing of the planet, their children and their fans.

Rallying around a decision and a goal in a firm is far simpler than passing bills through senate, motivating an entire country of voters, and shifting economies. But somehow, that’s happening faster in many nations than sports organisations are figuring out that sustainability is important. The sport industry doesn’t need more meetings or international accords, it needs sustainability training camps, game plans, and perhaps some new leadership.

It’s time to decide, as a community, to stop accepting ‘business as usual’ approaches. Action will cost something. Change isn’t cheap. But waiting is expensive.

If sport continues to do nothing about climate change, it could put everyone out of business.