Climate change and the future of summer sport 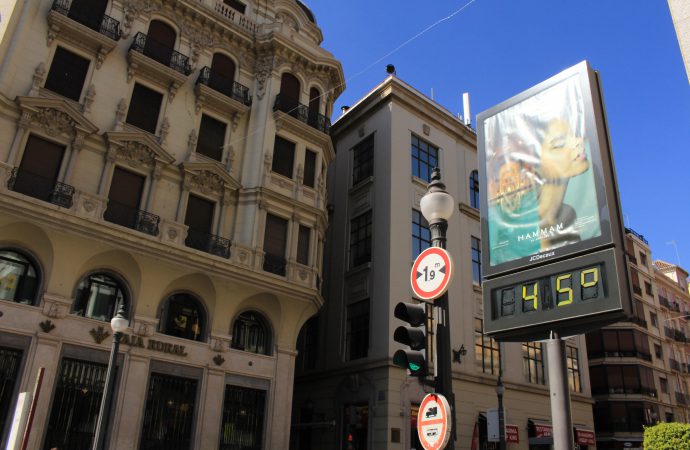 In the face of extreme heat waves hitting the host cities of the next two Olympic Games, the question must be asked: will climate change signal the end of summer events?

It may be a few years early, but I’ve already started to make my predictions for the 2024 Summer Olympic Games in Paris:

Team GB will top the medals table. A 42-year-old Roger Federer will defy the odds by adding another gold medal to his collection. Breakdancing will become everybody’s second favourite sport. And the event will occur in May because the summer will be too hot.

Even as we step back into reality for a second, only the first three of those tongue in cheek predictions, I believe, currently fall into the ‘outlandish’ category.

While there has been no suggestion that the Olympic Games will be shifted from its traditional July/August slot anytime soon, the increasing level of heat we are experiencing year-on-year will be cause for concern for many at the IOC, as well as those within International Federations and among future Games organisers.

Those living in Europe thought that Summer 2018 was a scorcher. Then Summer 2019 came around and records began to tumble. In Paris, temperatures have often surpassed 40°c with a high of 42.6°c recorded. Madrid has experienced similar temperatures, while Germany, the Netherlands and Belgium recorded all-time highs during the month of July.

Indeed, July 2019 has been classed by the World Meteorological Organization as the single hottest month ever recorded globally. And if the relentless weather in Paris is a worry for those with one eye on the Games in five years time, those preparing for the upcoming Games in Tokyo next year may feel even more apprehensive.

Heat-related medical issues have caused the deaths of 57 people in Japan over the summer, while 18,000 were hospitalised with heatstroke in the week commencing 29 July alone.

On Sunday, two test events for Tokyo 2020 were adversely affected by the conditions. During a marathon swimming test event, athletes made their concerns clear after temperatures reached 30°c before 7am. Young athletes competing in the 2019 World Rowing Junior Championships – the test event for the Tokyo 2020 regatta – also had to be treated for heatstroke as the temperature ratcheted up to the mid-30s.

Anticipating similar weather next year, the Tokyo 2020 organising committee made the decision to move the marathon forward by one hour to 6am. But will that be enough?

According to the National Oceanic and Atmospheric Administration, the last five years have been the hottest it has recorded in its 139-year existence – and that trend is set to continue. Does that signal the end of outdoor summer sport as we know it?

“Climate change and extreme weather events threatens the viability of much of our sport as it’s currently played, either in the backyard, at local grounds, or in professional tournaments,” said John Connor, the chief executive of the Australia-based Climate Institute following the publication of its 2015 report on sport and climate impacts.

He added: “Climate change is putting our weather on steroids. With greater warming, more extreme heat, changes in rainfall and more intense storms, there are questions about just how far we can push players in elite and local sport. Questions also grow about whether the way some of or sport is played, or watched, is safe or sustainable.”

As Connor pointed out, it’s not just Olympic sport under threat. The FIFA World Cup – the most-watched major sporting event in the world – will be moved to the Northern Hemisphere winter months for the 2022 edition in Qatar because summer on the Arabian Peninsula would be far too hot for players and spectators. But it may be a matter of time before this is considered the norm. If global temperatures continue to rise at their current rate, imagine how hot it will be in the southern part of the US and Mexico in Summer 2026 when the subsequent World Cup occurs.

The Climate Institute report suggests that threats to professional sport can be countered by “improving resilience” at major sports venues, including the construction of retractable roofs and energy efficiency to compensate for increased cooling costs.

However, these solutions aren’t viable for events like the Olympic marathon – or for the countless community and grassroots sports events happening during the summer months. In fact, increased construction and reliance on cooling systems will only add to the global carbon footprint, meaning that while short-term results may be achieved, the purpose in the grand scheme of things will be defeated.

So what can sport do? Major competitions like the Olympic Games, FIFA World Cup and UEFA European Championships could be scheduled in the autumn or spring, although that would have significant repercussions on the whole sporting calendar, with various knock-on effects related to domestic competition, broadcasting and sponsorship.

Or elite sports events could position themselves as part of the solution. The Paris 2024 Olympics is bidding to become the first carbon neutral Games of modern times. For the 2026 FIFA World Cup in the US, Mexico and Canada, no new stadiums will be built, avoiding several tonnes of carbon emissions.

If sport can become a small part of a larger push to limit climate change in line with the Paris Agreement, then summer sport (with some adjustments) may be saved. But currently, that looks like a big ‘if’.

How can sport adapt to secure the survival of summer events in the face of climate change? Let us know in the comments below.