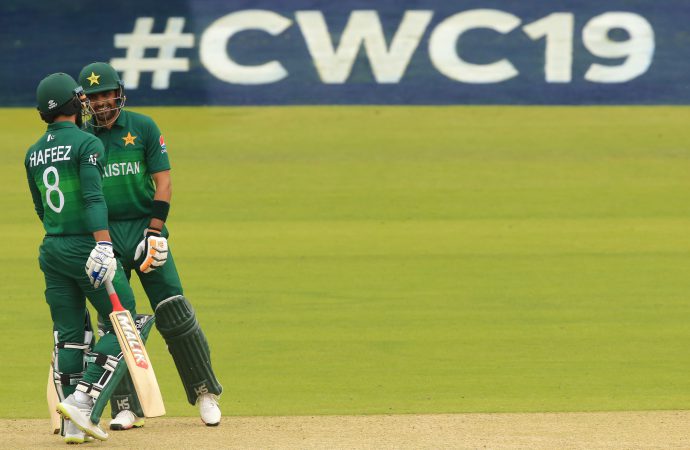 While unpredictable weather disrupts the 2019 edition of the tournament in England and Wales, Lord’s, Old Trafford, Edgbaston and The Oval display their credentials

“Of all the major pitch sports, cricket will be hardest hit by climate change. Whether Mumbai, Melbourne, Antigua or Lancashire, cricket is defined almost entirely by the climatic conditions. If they change, so does the essence of the game.” So said Game Changer, last year’s report by the Climate Coalition group on how climate change is impacting sport in the UK.

In the 18 months since, we have seen further evidence of the way climate is affecting far more than cricket in or near the game’s heartlands. The worst floods for a century in the southern Indian state of Kerala killed 361 and affected an estimated five million more, while a heatwave in Karachi killed 65. And while the Caribbean was spared the worst of the Atlantic hurricane season after multiple disasters in 2017, the pressure in that region grows year by year.

In 2018, May to July was the UK’s hottest three-month period on record as Europeans struggled to cope with a historic heat wave. But in the same period in 2019, when England and Wales are hosting the ICC Cricket World Cup, it has been raining. Rather a lot. And heavier rain in Europe, more tropical in nature, is the side-effect of global warming that plays most havoc with cricket in the UK.

No play is a commercial and existential disaster at every level, from the county game right up to the World Cup which, at the time of writing, has already seen four games washed out – two more than the previous record for a tournament that has been held every four years since 1975. Broadcasters, organisers, venues, advertising sponsors and caterers all lose out financially when there is no play, their losses only partially offset by insurance.

So what can cricket do to mitigate these circumstances? Big tennis tournaments like Wimbledon have moved towards retractable roofs, but it’s hard to envisage that solution working for cricket grounds which are much bigger and whose shape and height are uneven all around. Playing in the rain is equally unfeasible, with a hard ball out of control and fielders slipping all over the place.

No. The only way cricket is going to combat these problems is to join the fight, against climate change in particular, and for sustainable solutions in general. And four of England’s most venerable cricket grounds are already in the vanguard of the movement while the World Cup is played out on their pitches this summer.

Friends of the Earth endorsement

In 1880 The Oval, in south London, became the first ground in England to host Test cricket. In April last year its owners, Surrey County Cricket Club, announced its intention to become the first stadium of its kind to eliminate all single-use plastic. Three days before hosting the opening match of the World Cup, Surrey said it had achieved 90 per cent of its target thanks to a series of imaginative recycling initiatives endorsed by environmental campaigners Friends of the Earth.

All alcoholic drinks are being served in reusable glassware, all water and soft drinks in cans rather than bottles, and hot drinks in compostable cups. Plastic straws and cutlery have been replaced with paper and wood, and no condiment sachets are distributed within the ground. All food is now provided in recyclable cardboard containers and the club shop has phased out the use of plastic bags. The installation of 14 free water fountains around the ground has resulted in water sales being halved.

Over the course of last season it is estimated that the club’s efforts prevented 690,000 pieces of single-use plastic – or six tonnes worth – from being sent to landfill. The final elements of the programme include sourcing a coffee cup that can be put in mixed recycling and, from next season, serving wine in cans. All delivery packaging is also being reviewed and, to help reduce food waste, the ground is also trialing ORCA, an innovative processing solution that mimics a human stomach by breaking down waste food into liquid.

Craig Bennett, Friends of the Earth chief executive, said: “Making things which are reusable, rather than just recyclable, is key, which is why it’s great that you can enjoy a pint at the cricket in a reusable cup and why the installation of water fountains is so important. The Oval has shown that going plastic-free can be done, now we need more stadiums across the country to follow suit.”

Old Trafford, Manchester (below), is the home of Lancashire County Cricket Club. It’s where Jim Laker took 19 Australian wickets in 1956, a feat that remains unmatched to this day in all of first class cricket. It’s where Shane Warne delivered the ‘ball of the century’ in 1993 to announce his arrival on the world stage. And it is hosting more games than any other ground during the 2019 Cricket World Cup.

Old Trafford has a sustainability programme that shines like a beacon from atop The Point, their magnificent new conference and events venue that affords panoramic views over the famous arena and received a gold award from the Green Tourism Business Scheme, the national sustainable tourism certification scheme for the UK and Ireland.

Manchester is notorious for its rainfall, but while play might be interrupted at Old Trafford at least now the water is collected from The Point’s roof and channeled into storage tanks to be used as grey water. Solar panels, meanwhile, collect the energy needed to provide the hot water, even on a cloudy day, while revolutionary LED lighting reduces energy requirements by up to a third.

The building’s architecture lends itself to impressive solar control all year round, insulation values are also saving power and everything from environmental conditioning to energy efficient hand dryers has been thought of. What’s more, where once there were unfeasibly long ‘beer snakes’ made of plastic cups stacked together by high-spirited Old Trafford fans, now there is a successful reusable cup campaign called TakeMeHome that has all but eradicated the legless reptiles in the crowd.

Edgbaston cricket ground, on the banks of the River Rea in one of Birmingham’s leafier suburbs, is where the second World Cup semi-final will take place, and where the Trinidadian Brian Lara hit 501 for Warwickshire in 1994 – still the highest individual score in first-class cricket.

Now, according to commercial partnerships manager Ben Seifas, Warwickshire has another record in mind: “As a club, we have ambitions to make Edgbaston the most environmentally efficient cricket venue in the UK.” To that end they have signed two partnerships over the past 12 months with significant commercial and environmental implications.

First they brought Haven Power in as Official Energy Partner. Haven Power is a supplier of electricity, including sustainable biomass energy, and the two-year deal will include 100% renewable power supplied to Edgbaston. As part of the agreement, Haven Power will be able to maximise sponsorship opportunities at Edgbaston, not only during the World Cup but also the first Ashes Test later in the summer.

Gareth Roberts, Warwickshire’s commercial director, said: “We’re grateful for the ability of a provider to realise our sustainability ambitions. Powering the stadium through renewable energy forms a major part of this and our team will work alongside Haven Power in developing a full business sustainability strategy.”

Just days before the start of the World Cup, Warwickshire agreed a similar partnership with local firm Lord Combustion Services, who specialise in the service, maintenance, design and installation of commercial heating and hot water systems. Lord will assist Edgbaston’s facilities team with the servicing of its current heating systems and in providing solutions that improve efficiencies.

On 14 July, weather permitting, Lord’s will stage the World Cup final for the fifth time, more than any other ground. As you would expect of the ‘home’ of cricket, Lord’s has been leading the way for sustainability ever since it became the first UK sports venue to employ a full-time sustainability manager in 2009. It is also an inaugural member of BASIS, the British association for sustainable sport.

Lord’s switched to 100% renewable electricity in October 2016, then to 100% wind power a year later. The power is generated by the London Array, the second biggest off-shore wind farm in the world, located at the mouth of the Thames Estuary. “Switching to wind power has reduced our annual carbon footprint from utilities by 80% and reduces our contribution to greenhouse gases and climate change,” sustainability manager Russell Seymour tells The Sustainability Report.

All of the ground’s energy needs are sourced from wind power, with additional solar PV, solar thermal and ground-source heat pump options in the new Warner Stand. Essential machinery such as leaf blowers and buggies are all electric, eliminating polluting equipment. All new equipment inside the ground is low-energy rating, and motion sensor technology is used in areas such as bathrooms, corridors, kitchens and small rooms.

With one of the most comprehensive recycling systems of any national sporting venue, Lord’s delivers zero waste to landfill. Unused edible food – always seasonal and as locally sourced as possible – is delivered to those who need it in the surrounding community via local charities, with food waste segregated and dispatched for anaerobic digestion. Separated waste streams include glass, food, cardboard packaging, wood, metals, electronic waste and batteries, paints and solvents.

Lord’s has also reduced the amount of single-use plastic given to spectators by switching to a washable, reusable cup; removing plastic straws; selling water in aluminium cans rather than single use plastic bottles; selling soft drinks from bulk dispensers into reusable cups; and removing plastic bags from the shops, switching to strong kraft-paper bags. “There is more to do,” says Seymour, “but these actions reduced the amount of plastic given to spectators by about 1.5 million pieces between 2017 and 2018.”

What more can professional cricket do to mitigate the effects of climate change, which threatens the game so much? Let us know in the comments below.