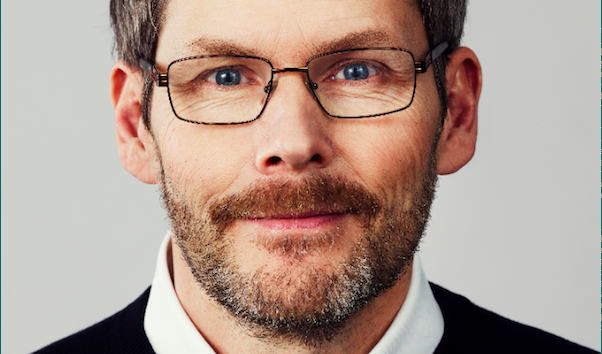 An Olympic Games funded 100% by the private sector. No government funds. No burden to the taxpayer.

That’s what the Stockholm/Åre bidding committee has pledged to achieve if chosen as the host of the 2026 Winter Games by the IOC in Lausanne next week (24 June).

Published last month, the IOC Evaluation Commission’s report on both formal bids (Milan/Cortina is the other location vying for the Games) referenced Stockholm/Åre’s financial plan as a “risk”, with no certainty of securing the private backing needed.

Indeed, while the Games would receive no revenue from government and lotteries, the IOC also questioned the “scale of the Swedish economy”, which may “prove to be a limiting factor in revenue generation”.

However, Johan Strid, the secretary general of the Swedish Paralympic Committee and head of sustainability for the bid, said the organising committee was up for the challenge, and that rather than being a weakness, having a bid free from reliance on the taxpayer was a “really clear statement of sustainability”.

“Our sustainability strategy is also about financial sustainability,” Strid tells The Sustainability Report. “If you run a Games in a way that places demands on the taxpayers of that country, is it really sustainable? Wouldn’t it be a worthwhile ambition to always make sure the Games is self-sufficient when it comes to its finances?”

Strid believes that if the bid is successful, it would “set the standard” for sustainable Olympic and Paralympic Games in the future. But in rejecting the public funding model, reliance has been shifted from the taxpayer to the private sector. In other words, sponsors.

To fulfil its vision, the Stockholm/Åre bidding committee is hoping to secure $300m via The Olympic Partner (TOP) programme (the IOC’s portfolio of major sponsors), although the Evaluation Commission has identified the “inherent risk” in assuming that the Stockholm/Åre Games will receive over $100m more than the Milan/Cortina bid has earmarked ($175m).

A further $288m will need to be secured via domestic sponsorship to achieve the total budget of $1.5bn. Potentially adding a layer of complexity to the funding jigsaw is the need for sponsors to align with the values of the Games.

Stockholm/Åre has put forward a very ambitious sustainability strategy, with the objective of hosting a “climate positive” Games – with a minimum amount of fossil fuel use – and an event that helps Sweden cement its place as a sustainability leader on the global stage.

Strid explains that, as a result, he expects there to be “red lines” regarding some categories of sponsors – although those red lines are yet to be defined.

“Of course it would be impossible for us to have a sponsor that says ‘this sustainability thing isn’t really for us’ because that would put the whole credibility of the project at risk. There’s no right for any company or commercial actor to become an Olympic and Paralympic sponsor. We share the same agenda as the IOC on this.”

The need to engage the private sector does not mean to say that the government – local and national – will not have a big stake in proceedings. Much of the Stockholm/Åre bid centres on using the Games to achieve a number of sustainable development objectives – conversations the government has been heavily involved in.

As well as developing plans around climate action, the Games will also be used to address issues like social inclusion and childhood physical activity. In terms of the former, Sweden as a nation has accepted more migrants per capita than any other European Union nation over the past five years (400,000 compared to its population of 10m), and integration is a key priority for national and local governments.

“Government at various levels has been involved in creating the Games vision,” Strid explains. “We are part of society together. Do we need specific money from the government in order to deliver on our sustainability objectives? No. However, we need to tap into funding that exists to drive sustainability within Swedish society. The power of the Olympic platform provides a very strong argument for government agencies to work with us on sustainability.”

Assuming responsibility for hosting the Games would be an OCOG created by the Swedish Olympic Committee and Swedish Paralympic Committee, which would take the form of a limited company. The plan, says Strid, demonstrates strong collaboration in civil society.

“We have a great tradition in our country of our citizens coming together, free from the influence of government, to stand together and create a better society,” he says. “That is a very strong platform to stand on.”

Indeed, achieving objectives like hosting a climate positive Games and reaffirming Sweden’s status as a sustainability-leading nation requires contributions from all sections of society. The business community, in particular, will have a huge influence on whether that vision is successful or not.

Ahead of hosting the Summer Games in 2024, Paris has attempted to engage the green-tech start-up community in France in order to find sustainable solutions to contribute to its own climate neutral ambition. Strid says the Stockholm/Åre bidding committee is exploring a similar project, and will attempt to “create a market” for social companies and entrepreneurs if the bid is successful, giving them a chance of being involved in the subsequent procurement process.

There already appears to be a sizeable selection of companies to work with. Earlier this week, Sweden was named by the EU as its “most innovative nation”, with green technologies cited as one of the metrics. Stockholm was also recognised as the second most innovative region after Helsinki, Finland.

Sweden, in general terms, is widely-regarded as one of the most sustainable countries in the world. A number of studies, including the Environmental Performance Index and RobecoSAM’s ESG research ranks the nation anywhere between first and fifth globally.

The highest percentage of renewable energy in the EU (52%) comes from Sweden, and it has plans to become fossil fuel free by 2050. Strid says the Games will play a role in that ambition by using the absolute minimum amount of fossil fuels possible and “overcompensating” on unavoidable emissions by purchasing offsets greater than the Games’ carbon footprint – hence the ‘climate positive” tag.

In terms of lifestyle, Swedes are among the most conscientious in the EU, with 40% regularly purchasing eco-label food and recycling 88% of all aluminium cans and PET bottles. But Strid is wary of what he calls “fat cat syndrome”.

“Sitting in the window in the sun, feeling quite happy with yourself, and all of a sudden the competition has run ahead of you and you can only see their backs in the distance,” he says. “I hope our Games can help us avoid that.”

To ensure the robustness of the sustainability goals, the organising committee created a workshop with 80 actors from 50 organisations to formulate objectives. Although the objectives haven’t yet been completely defined (due to the fact that the bid hasn’t been won and the event is still seven years away), a document titled ‘Our Promise’ has been developed covering 44 separate areas of sustainability.

“Each area will have to be revised to make sure we are progressing enough with our targets,” Strid adds. “I think that by the end of 2021 we’ll set our actual goals. If we win on 24 June, we’ll go into a process to detail the various areas of sustainability we want to look at, and see how that fits into the overall strategy of Games operations.”