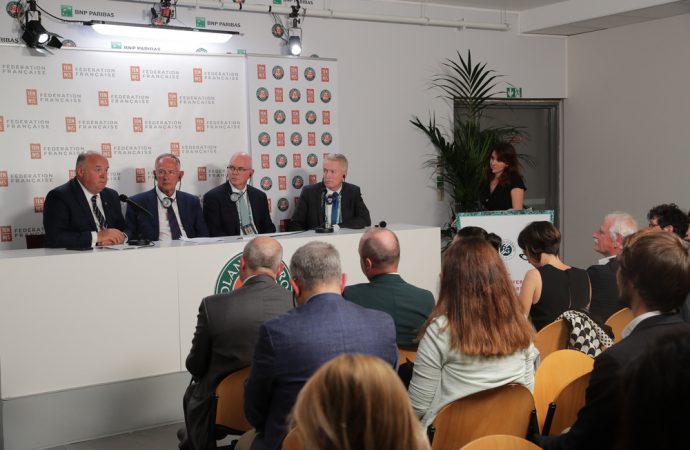 Commitments made by tennis Grand Slams and the iconic baseball team will usher in a new era of focused public attention on climate change, says Allen Hershkowitz

On Wednesday, April 3 2019 the New York Yankees became the first North American-based sports organisation to sign the pledge in support of the UNFCCC’s Sports for Climate Action Framework. The Yankees have a long history of leading by example, on the field and in their community, and their public commitment to climate action is no exception.

Shortly after the Yankees announced their UN pledge, they were followed by the NBA, the USTA, the University of Colorado at Boulder Athletics Department and AEG, (which operates more than eighty venues internationally). Other North American sports organisations, also emboldened by the Yankees’ breakthrough commitment, will soon sign the UN’s Sports for Climate Action pledge as well.

In Europe, prominent sports organisations like the International Olympic Committee (IOC) and the French Tennis Federation (Roland Garros), have been publicly promoting the need for climate action for years, and these organisations, among other European sports organisations, were instrumental in helping to craft the UN’s Sports for Climate Action Framework.

By contrast, with only a few exceptions, sports entities in the US – even those that have joined the Green Sports Alliance – have been reluctant to publicly discuss the need for climate action.

It is notable that while sports leagues and teams in the US publicly discuss combating racism, gender bias, and LGBTQ bias, the words “climate change” has until now been deemed too “political” to be uttered publicly at professional sporting events. It is a testament to the fossil fuel industry’s nefarious and well-funded strategy designed to cast doubt on peer-reviewed climate science that in the US, even the most environmentally committed sports organisations were intimidated away from publicly discussing climate change until the Yankees held an on-field ceremony committing to the UN Sports for Climate Action.

The importance – indeed the courage – of the Yankees to publicly commit to climate action needs to be understood in the context of that de facto imposition of silence stymying climate action among North American sports organisations.

Indeed, UN general secretary António Guterres said that the Yankees brought a “new level of leadership to global efforts to tackle climate change”, while Patricia Espinosa, the UNFCCC executive secretary, added that other brands and organisations also needed to “stand up for ambitious action on climate change”.

However, despite the Yankees’ longstanding commitment to responsible environmental stewardship, it is important to note that the Yankees could not have made their public commitment to climate action, nor could others have followed their lead, were it not for the important platform provided to the global sports industry by the UNFCCC.

Indeed, the historic importance of the UNFCCC’s Sports for Climate Action principles cannot be overstated. And perhaps no event was more informative about the beneficial influence of the UNFCCC’s sports and climate work than the event the UNFCCC organised in collaboration with the French Tennis Federation at Roland Garros on 5 June.

On that day an unprecedented assembly of the presidents of all four Grand Slam tennis events sat before a standing room only crowd in the Roland Garros Media Pavilion and pledged their explicit support for the Sports for Climate Action Framework. No multi-event, international assembly of senior leaders from the sports world have ever before joined forces in such an influential way, stating in public their events’ explicit commitment to climate action.

It was truly an historic day: The French Open, Wimbledon, US Open and Tennis Australia, all joined together committing to climate action, urging others to follow their lead.  Make no mistake about it: the climate conference at Roland Garros was arguably the most historic gathering by sports organisations in support of climate action that has ever been assembled. Bravo to the UNFCCC and the FFT for making the event happen. Along with the Yankees’ climate commitment, I expect the UNFCCC’s climate action influence throughout sports to grow, ushering in a new era of focused public attention to this urgent issue.

Because of the UNFCCC, discussions of climate change will now be more openly discussed in the world of sports, helping to inspire climate action by tens of millions of people and thousands of businesses throughout the world.

Allen Hershkowitz is the co-founder and former president of the Green Sports Alliance, the environmental science advisor to the New York Yankees, and chairman and founding director of Sport and Sustainability International