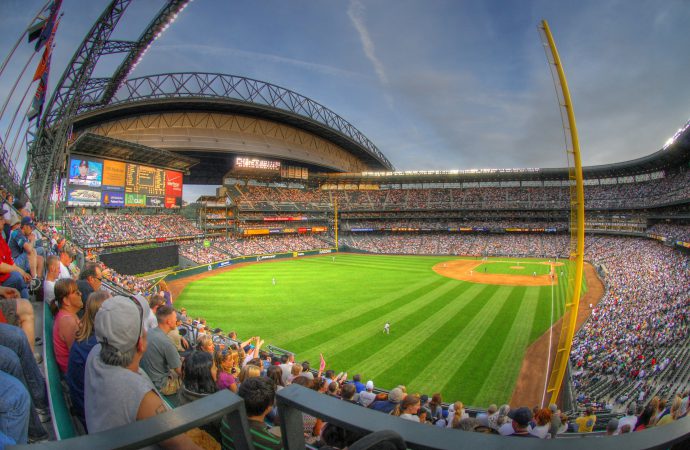 Sport must be ambitious in its approach to climate action – but we’ll need to engage, listen and learn to get there, says Roger McClendon

A few weeks ago, I called on members of the Green Sports Alliance – and the sport industry in general – to adopt the UNFCCC’s Sports for Climate Action Framework. Climate change is one of the defining issues of our time – an issue that the industry should be at the forefront of combating.

For more than a decade now, members of the Green Sports Alliance have done a solid job in making their own operations more sustainable. Several major venues have LEED certification, and a whole host of teams and franchises are pushing the envelope in terms of waste management, renewable energy and influencing their supply chains to do the same.

Great progress though it may be, this work can be filed under ‘Sustainability 1.0’. And we’re at a stage now where we need to level up.

The next stage, Sustainability 2.0, is about sports organisations looking beyond their immediate circle of influence. It’s about engaging fans, engaging communities and getting people outside their organisation excited about contributing to sustainability projects and embedding principles of environmental stewardship and social progress into their own lifes.

A number of teams, such as Seattle Sounders, are doing this well with tree planting projects that get fans heavily involved. The San Francisco 49ers have focused on education, bringing STEM education to underserved communities in their area.

But for sport to have a real role in addressing climate change, we need to look even beyond that. Step forward Sustainability 3.0.

This is where I think sport for climate action really takes off. We’re talking about sport being at the heart of the development of smart city infrastructure and the adoption of clean energy. It’s about city connectivity and sport being the anchor that generates positive momentum. We’re also talking about broader impacts, such as job creation and figuring out how to make investments that impact greenhouse gas reduction and long-term social projects.

While it’s true to say that as a society we should all be concerned about the consequences of climate change, sport should also view the challenges it poses as opportunities. There’s a real chance for individual sports entities, and the industry in general, to demonstrate genuine leadership if they make the right strategic moves and engage the right stakeholders.

In the US, we’ve already seen huge sports brands like the NBA, AEG and New York Yankees take the Sports for Climate Action pledge. And there’s no doubt in my mind that rather than viewing this framework as the end of the journey, these organisations see it as a springboard to achieve more ambitious goals. That’s why I’m being so vocal about others adopting it.

It doesn’t have to stop at climate change. I live in a nation that boasts such diversity in its people and places; but this diversity extends to the issues people face on a daily basis, from state to state and city to city. For some, water scarcity may be a real problem. For others, the quality of air. US sport alone can have such an impact on many, if not all, of the United Nations’ 17 Sustainable Development Goals.

Moving forward, we need to find a way to codify this. To create standards. How do we devise the business models that allow us to accelerate? I want this to be an open conversation and we need to define what’s next together. That’s where the innovation cycle comes from. Where new technologies come in. And where having open engagement with others and learning from them will be part of the process.

That’s why I’m very much looking forward to next month’s Green Sports Alliance Summit in Philadelphia. It will be my first as the Alliance’s executive director, and after going on a listening tour for the first few months in my position I’m certain that the event will facilitate some of the conversations we need to have to get this thing moving forward.

There’ll be some great minds there, and very influential people from the world of sport. Mike Zimmer, the president of the Miami Super Bowl Host Committee, will discuss the progress the city is making ahead of next year’s showpiece, while FIFA’s Federico Addiechi will be talking about sustainability ambitions for the 2026 World Cup, taking place across North America.

Throughout the summit, I’ll also be sharing my future vision with delegates. My call to action: to be ambitious in our pursuit of Sustainability 3.0. But to get there we’ll need open engagement, a lot of listening, and some key players to step up to define what we’re doing in order to bring others along. It’s shaping up to be an exciting ride.

Roger McClendon is the executive director of the Green Sports Alliance