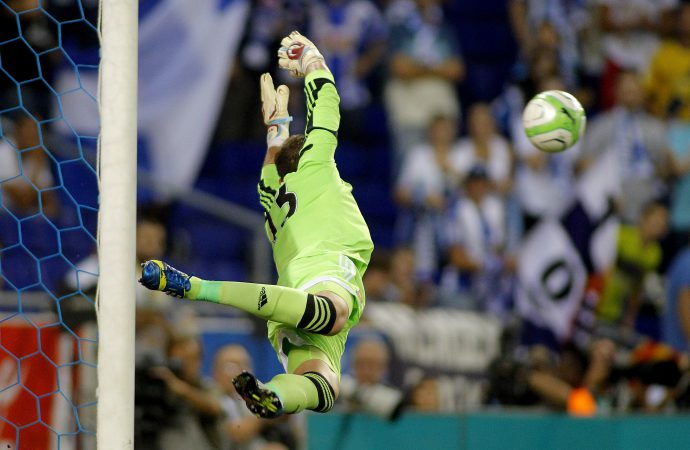 Eighty players have contributed more than $1m towards sustainable development projects since 2017. But its founder wants to grow the movement by engaging larger ‘parts of the system’

The founder of Common Goal – the football for good organisation – is hoping to expand the movement by securing a percentage of revenue from television broadcast deals and player transfers for social and sustainable development projects.

Since launching the platform alongside Manchester United star Juan Mata in 2017, Jürgen Griesbeck has seen 80 footballers take the Common Goal pledge and donate at least 1% of their income towards organisations using football as a means to stimulate development.

But Griesbeck wants to scale the movement by getting more “parts of the system” involved. He said that securing 1% of the money being spent on transfers and television rights would have a hugely significant impact on the companies in Common Goal’s portfolio.

According to UEFA’s latest benchmarking report, European transfers alone hit a total of €6.4bn ($7.2bn) in 2017/18, while the largest domestic football broadcast deal, belonging to the English Premier League, was settled at £5.13bn ($6.69bn) for the three seasons from 2019.

“We would also like to see agents embed Common Goal as a value proposition for players, to have sponsors sign up, and for clubs to contribute 1% of what the fans are paying without the fans having to pay more,” Griesbeck told The Sustainability Report.

“There is a multiplier strategy in place where we think clubs and institutions can step in, reset their mindset, and realise they won’t lose anything by doing this. This is an investment in football. It’s to stay relevant with people and to grow the game. It provides access and makes participation grow, and if we achieve that we can talk about football in 2030 being a different beast.”

Independent analysis carried out by Nielsen and commissioned by Common Goal found that the movement has a “96% approval rating” among the pubic, while every single footballer and institution that took the pledge for 2018 – including Alex Morgan, Giorgio Chiellini and FC Nordsjælland – decided to renew for 2019.

“This at least speaks of them feeling comfortable with the way Common Goal is developing,” adds Griesbeck, whose partner Thomas Preiss will be presenting the platform’s vision at Sustainable Brands in Paris later this month.

The pledge, he explains, is not a legally binding contract, and is more like an “expression of intent” that continues as long as the players and institutions remain committed.

Those wanting to participate are asked where they want to make an impact in terms of geography and cause before being presented with a handful of relevant projects that their money can go towards.

They are then regularly briefed on the effect their money is having on the chosen project via informal updates and an annual impact report.

The Common Goal movement was born out of the streetfootballworld organisation established by Griesbeck in 2002 – a network of 130 football for good organisations and NGOs in 90 countries that has helped more than two million underserved people improve their lives through the sport.