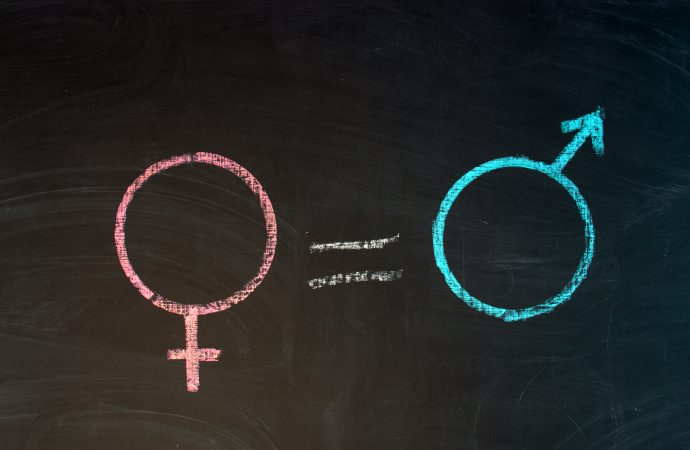 Despite progress being made by some sports organisations, representation of women at leadership level is still low. How can the sector overcome its ‘pipeline problem’?

Amid a flurry of announcements on International Women’s Day last Friday, the IAAF confirmed that, as per the governance reforms it laid out in late-2016, the organisation’s first female vice-president will be elected later this year.

When the reforms were initially outlined, IAAF president Seb Coe stressed that he wanted to match the federation’s commitment to equal pay – as well as equal opportunities in competition – to increased opportunities for women to influence the sport of athletics from positions of genuine leadership.

By 2027, the IAAF will have two female vice-presidents (out of four) and gender parity on its Athlete Commission (one male and one female). Women will also occupy half of its Council (13 out of 26 available places).

IAAF’s concrete action plan convinced the International Olympic Committee (IOC) to reference the body as an example of best practice in the Gender Equality Review Project it published last year.

But even in 2019, its work in this area still makes IAAF the exception rather than the rule. Although there’s a general recognition that women are woefully underrepresented at sport’s top table, progress has been slow in making sustained headway.

There has been some progress: within the IOC itself the proportion of female executive board members has increased from 21% in 2017 to 31% in 2018. And 42% of the positions available across the IOC’s various commissions are now held by women – a 16% year-on-year increase.

However, female representation within the Olympic Movement is still very low. Thirteen of 206 presidents of National Olympic Committees are female. This increases to 31 (out of 206) when it comes to the general secretary position. Two of the 33 recognised International Federations have a female president, while 10 employ a woman as general secretary.

To improve on these numbers, the IOC outlined several key recommendations for itself and the wider Olympic Movement. The IOC’s headline objective is to have equal representation of women and men on its executive board and in the composition of its vice-presidents by 2024.

It will also expect NOCs and IFs to submit one female candidate for every male candidate they want to put forward for 15 NOC and 15 IF member positions. NOCs and IFs are also required to report on their electoral process decisions and use the gender equality self-assessment within the IOC’s Good Governance Toolkit.

According to the IOC, a “longstanding challenge” for sports organisations is “identifying and recruiting women” who are interested in taking governance roles. In short, sport has a pipeline problem when it comes to female talent.

In its Beyond 30%: Female Leadership in Sport study, British charity Women in Sport found that sports organisations were paying a limited amount of attention to creating a “sustainable pipeline of female leadership talent.”

To build a pipeline of women who could potentially move into leadership roles, Women in Sport outlined five recommendations (called the Checklist for Change): develop an effective recruitment and retention strategy focused on diverse talent; promote flexible working practices; involve men in the goal of achieving gender equality; challenge gender stereotypes when it comes to roles and responsibilities, and; modernise organisational structures and practices.

The IOC’s Gender Equality Review Project has also established a “strategic pathway” with three complementary recommendations when it comes to leadership development. The first revolves around the creation of regional Sports Registries to oversee the appointment of board and commission candidates. Sport Australia, for example, has its own National Sports Directorship Register in which interested potential candidates can put themselves forward for positions at various sports federations.

Secondly, the IOC’s Gender Equality Working Group (chaired by International Triathlon Union president Marisol Casado) has advised the creation of a senior executives roundtable for global female sports leaders in June this year, which will be followed by the introduction of a co-mentoring programme for women where “potential governance candidates” will be partnered with senior-level board members.

Some sports organisations have been forced into action because of the changing demography of fan and player bases. In male-dominated rugby, there has been a 60% increase in the number of female players since 2013 (there are 2.4 million according to World Rugby) and the elite game has a fast-growing television audience.

In 2017, World Rugby (the global governing body) laid out its 2017-2025 Women’s Development Plan that pledged significant alterations to its governance structure, adding 17 seats to its 32 seat Council – the sport’s highest decision-making body – with all positions being filled by female representatives.

The body also put together a Balancing the Board booklet for member unions, with many acting on the advice by reviewing their governance structure. Canada Rugby, for example, changed its constitution to make sure its board has a minimum of 40% of either gender and a 60% maximum.

According to World Rugby, there has been a 22% year-on-year increase in terms of female representation and boards globally.

Ada Milby, who was one of 10 women taking part in last year’s inaugural programme, became the first female member of World Rugby’s Council in March 2018.

In a bid to effect change more quickly at national governing body level, the UK government tied public funding to female representation when it enforced its Code for Sports Governance policy in 2016. Overseen by the nation’s two funding bodies – UK Sport (elite) and Sport England (grassroots) – the Code for Sports Governance stipulates that sports bodies applying for funds must have, or be working towards, 30% female representation at board level.

At time of writing, 23 out of 30 (80%) of sports organisations funded by UK Sport have a 30% or higher proportion of female board members compared with 20 last year.

The Sport England-funded Lawn Tennis Association was one of the first organisations to comply with the code by introducing a minimum threshold of 30% of directors from each gender – it currently sits on 43% female – and a Diversity and Inclusion Action Plan that take a long-term view to increasing diversity at all levels of the organisation.

Quotas are also the preferred method of action at European Union level, with the European Commission’s Gender Equality in Sport (Proposal for Strategic Actions 2014-2020) calling for a minimum of 40% of women and men on executive boards and committees of sports governing bodies, and also a minimum of 40% of each gender in management positions of professional sport administrations and governmental sports bodies.

Those numbers, however, seem a long way away. Figures from 2015 collected by the European Institute of Gender Equality (EIGE) found that, on average, only 14% of top positions within European confederations of Olympic sports were held by women. The EIGE is currently collecting updated figures from all European sports organisations that will be published this year, while the EU (alongside the Council of Europe) is also conducting a study around gender equality in sport in its more general All In: Gender Balance in Sport Programme.

But while setting targets and quotas increases accountability, it only represents part of the solution when it comes to improving gender equity at leadership level – and fails to tackle underlying issues.

A further report published by Women in Sport, Workplace Culture in Sport, found that there was a “clear gap” between the way men and women felt at work, with many feeling discriminated against, marginalised and the victims of unconscious bias.

More than half of the women questioned felt that they had been ignored or had to prove themselves more as a consequence of their gender, while 40% believed that being female limited the value that was being placed on their work.

“There are a lot of women in the industry, but a big gap between lower or mid-level and the top positions,” says Katie Simmonds, the general counsel and senior director of global partnerships at the Sport Integrity Global Alliance (SIGA). “What I’ve found, especially in European sport, is the tendency to perpetuate power – and that’s not just holding women back, it’s holding a lot of people back.”

Building the talent pool and increasing opportunities for women was the motivation behind SIGA’s female mentorship programme – a programme that was established on International Women’s Day last year. Its premise is based on 22 female executives, who have achieved success in the sports industry, mentoring talented young women in the sector and giving them the tools and experience to reach their goals.

The programme builds on SIGA’s Universal Standards for Good Governance, in which gender equality at leadership level is a key pillar. Later this year, the organisation will be unveiling an independent verification system that rates the performance of all sports entities in relation to the standards, which will then be published.

Aside from quotas and policy, an ageing demographic and the need to appeal to young, diverse fans is also encouraging sports bodies to start investing in female talent, Simmonds explains.

“One of the mentees told us that her male boss put her forward for the programme because he felt she was really good at her job and wanted to show her that there was progression – despite the organisation being a bit of a boys club,” she adds.

Sport is slowly waking up to the very real threat of failing to attract – and losing – real talent because of this environment that’s been created. And losing talented, diverse individuals is bad business for sports entities constantly fighting to engage fans and sponsors, and eagerly trying to discover new commercial opportunities.

“Homogeneity stifles innovation,” states the Center for Talent Innovation in its Innovation, diversity and market growth report, highlighting stark statistics to back this up. More than two-thirds (40%) of employees working for companies without diverse leadership said groupthink was a problem in their organisation, while 62% believed that leadership in their company did not perceive value in the ideas they didn’t personally see a need for. As a consequence, half (48%) of new ideas didn’t make it to market.

Indeed, educating the sports administrators, executives and board members of the future about the value of gender parity and diverse thinking is the path to sustainable progress in sport, Niina Toroi, manager of international affairs at the Finnish Olympic Committee and European representative of IWG Women & Sport, tells The Sustainability Report.

Toroi is currently overseeing a New Leaders sport leadership education programme that has been designed to teach young sports professionals in Europe values of gender equality, good governance and sustainability. Birgitta Kervinen, the former president of ENGSO, funded the programme using the $50,000 she received when she was awarded the IOC Women and Sport World Trophy Award in 2017.

Thirty “gamechangers” taking part in the programme (19 women and 11 men) are all currently involved in sports, either at NOC or regional sports administration level, while others are still competing athletes. Over the course of the three-workshop programme, participants are expected to develop “realistic and tangible goals” followed by concrete action to make the sports industry more “equal, transparent and ethical.”

“The programme needs to have men and women,” Toroi explains. “For such a long time women have tried to push gender equality forward in the sports movement without having much support from males. Of course, individual men have helped, but not in general terms.

“We believe that all 30 participants are able to start a positive movement in Europe that will push gender equality, good governance and sustainability forward and make things happen. We also expect the programme to facilitate the movement of more women into leadership roles at a regional level – then once you have diversity at regional and national level, you start building the pipeline for the international field.”

What can professional sports organisations do to accelerate gender parity at leadership level? Are quotas, mentorship or education the answer? Let us know in the comments below?