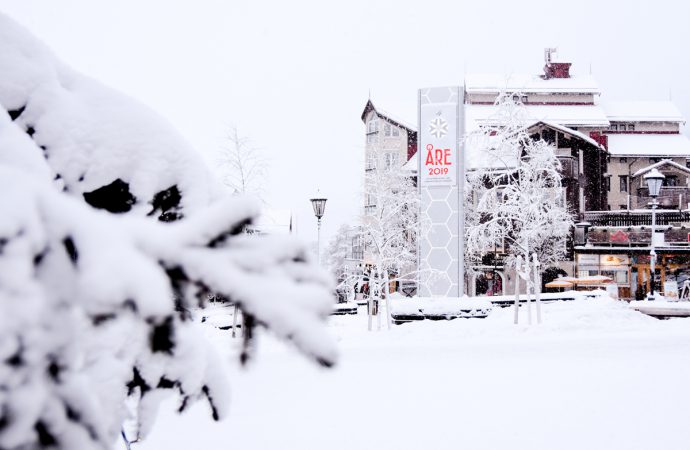 Achieving a high level of sustainability was a challenge for the FIS Alpine World Ski Championships – but necessary for the future of the sport, says Riikka Rakic

There’s probably no other sport that owes its entire existence to the climate the way skiing does. Having cold winters and adequate snow just happens to be a fundamental prerequisite for the joys of skiing and snowboarding.

The recent lack of the white fluffy stuff has ski enthusiasts concerned about the future of the sport, and the ability of future generations to enjoy it. Central Europe may be blanketed by snow as we speak but make no mistake: all long-term forecasts indicate a very different reality in not too distant future.

That’s why at Åre 2019 we felt it was our responsibility to make the environment one of the key focus areas from the start of our planning and preparations. As we began to define the event strategy in the Fall of 2014 (Åre was elected host of the FIS Alpine World Ski Championships in June 2014), the protection of the environment was already a crucial pillar of the Championships’ mission.

The commitment to manage the Championships’ sustainability program in accordance with the ISO 20121 standard for sustainable events was one of the first decisions taken by the board of Åre 2019 in December 2015. That was the beginning of a nearly three-year journey which culminated in the event being officially certified as ISO 20121 compliant in October 2018. Åre 2019 became the first FIS Alpine World Ski Championships ever to achieve this status.

With the diploma hanging on the wall and the Championships about to commence, we can only marvel what a journey it has been. For those new to the world of ISO speak, these standards come across as complicated and laborious. It can be challenging to explain the benefits of a somewhat theoretical process to seasoned event professionals. That’s why we opted for a pragmatic approach both to our sustainability program and the standard’s implementation.

For us, that meant doing things better than before, but not aiming for perfection. In other words, we are great believers in many small changes adding to something great, as opposed to going from 0% to 100% in a single topic area.

Looking back, the decision to pursue the ISO 20121 certification was a good decision for us. There are a few reasons for this:

1. Management team support: Systematic implementation of the standard presumes strong management support. Only when the leadership stands behind an organisation-wide program can it have a holistic approach to sustainability. Setting up a separate sustainability department off to the side just won’t cut it. Every department must own the program and find their ways of contributing to the overall goals. In our case, it truly became a team effort.

3. Plan-Do-Check-Act: The process of continuous improvement inherent in the ISO standard suited us well. With a series of test events of increasing complexity in the course of three winters, we could gradually work our way up across the organisation, sustainability included. Doing and analyzing, and then doing it again enabled us to improve time after time.

4. Balance between ISO and organisational goals: Key to making the ISO work for us was finding a way to use the standard as a frame of reference while remaining focused on delivering against our sustainability goals rather than vice versa. The standard is just a framework, not an end in itself. But it helps you stay the course.

5. Communication platform: Major events are great channels to reaching people. For us, our work toward the ISO sustainability certification served as a way to talk about our work in sustainability. It lent credence to all the sustainability work we’re doing, which gave rise to further examples of doing things sustainably which meant more great stories.

As the flagship event of the largest winter sports federation on the Olympic program, Åre 2019 chose to use the IOC sustainability strategy as the starting point for defining sustainability priorities. We slightly tailored the IOC’s five focus areas to meet our needs and commitments. For example, Åre 2019 joined forces with the Jämtland County government and the Östersund 2019 Biathlon World Championships in pledging to be fossil-fuel free.

This commitment alone has been a massive learning experience of how to replace fossil fuels in event transport and energy use. But I could devote a whole other article to that topic alone. In the meantime, I hope to see you in Åre – or at least know you are watching us deliver a great ski festival sustainably!

Riikka Rakic is the head of sustainability for the Åre 2019 FIS Alpine World Ski Championships, which will occur between 4-17 February