Sport needs to utilise the media to engage fans in sustainability 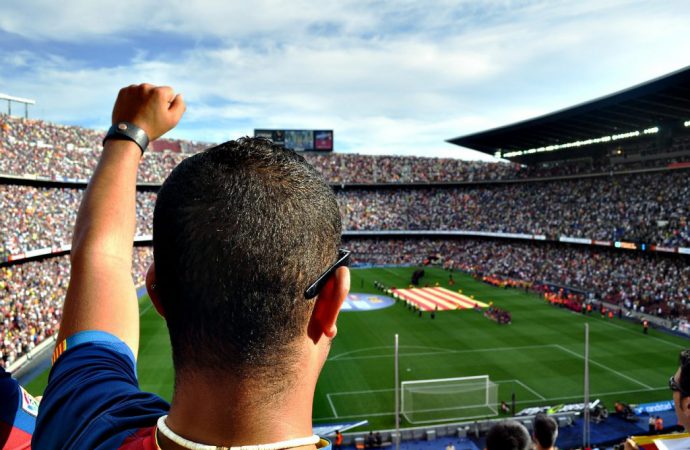 At ISC Geneva the sustainability executives of FIFA and UEFA explained difficulties in communicating to the public through the media. But to make sport a leading sector major organisations must persevere

Did you know that FIFA was the first sports federation to create an independent advisory board related to human rights issues? Or that UEFA will spend almost half a million euros offsetting all carbon emissions caused by spectators travelling to Euro 2020?

If you’re a regular reader of this publication (and others like it), the chances are you do. But if you asked the average football fan (or any football fan for that matter), it’s a fairly remote prospect that they’re familiar with any of FIFA’s or UEFA’s work in the sustainable development space – despite the fact that the two bodies are the most influential and high-profile football organisations on the planet.

There are three possible reasons for this:

1. Sports fans, and the public in general, don’t care;
2. Major sports organisations aren’t particularly interested in communicating around these topics, or;
3. The press – the public’s window to the wider world – has little inclination to cover ‘good news stories’ related to powerful organisations

The third point was argued by the leading sustainability executives of both organisations during sessions the International Sports Convention in Geneva earlier this week.

Federico Addiechi, FIFA’s head of sustainability and diversity, told delegates about the extensive measures the world football governing body was undertaking to limit human rights issues in World Cup host nations. He demonstrated its “decent work monitoring system” that was developed for the World Cup 2018 in Russia and resulted in “85 stadium inspections, the review of the labour standards of 945 companies and 2,400 construction worker interviews”.

It sounded great, but it was the first I’d heard of it. The whole world knew about it when Amnesty International uncovered a number of human rights abuses occurring at Qatar 2022 construction sites in 2016, but few people were made aware of the labour reform process that was quickly adopted to improve things beyond recognition thereafter.

Fewer, still, will be aware of the most extensive sustainability strategy ever prepared by FIFA (in collaboration with Qatar’s Supreme Committee for Delivery and Legacy), which aims to positively impact all 17 Sustainable Development Goals. Or the fact that FIFA is only one of two sports organisations (so far) to commit to becoming climate neutral by 2050.

But for Addiechi and FIFA, there’s always a danger that a potential good news story can go the other way. And as a result, engaging with the media and attracting attention to his department’s operations is not his main priority.

“If you communicate it publically, how it is portrayed lies in the hands of the media,” he explained. “There’s a little bit of frustration as you communicate what you do in good faith, but if you’re doing 80% or 70%, it’s the 20% or 30% that people are talking about.”

Patrick Gasser, UEFA’s head of football and social responsibility, agreed with Addiechi’s characterisation of the situation.

“Positive news is not really picked up by the media,” he lamented. “It doesn’t help to sell newspapers or improve hits, so that’s a difficult one.”

In an interview with Gasser earlier this year, he told this publication about a vast number of projects UEFA had been working on around sustainability, access, health, inclusion and healthy stadiums alongside “best-in-class” NGOs – all well beyond its core remit of football administration. But you’d struggle to read about it anywhere else.

For that reason, the position held by Addiechi and Gasser is totally understandable.

But there’s a danger that if major sports bodies like FIFA and UEFA don’t shout more loudly about their achievements in the field of sustainable development, the messages they want to convey to the institutions, clubs and fans they hope to influence may not come through strongly enough.

Addiechi argued that communicating with partners and influencing them to be more sustainable and responsible was a core part of this remit, while Gasser and UEFA use bidding processes for major tournaments and finals to confront national associations and clubs with issues like sustainability, access and healthy environments.

These are indeed impactful strategies. But if sport as a sector wants to be a leader in corporate social responsibility and sustainability, it has to utilise its main asset: the fans. It’s ability to influence and mobilise millions of people across the world is its key strength, and the most effective way to reach them is through the media – traditional or social.

Major sports organisations – and mainstream media outlets – will have to find a way to achieve this. But the experiences relayed by Addiechi and Gasser suggests that won’t be easy.